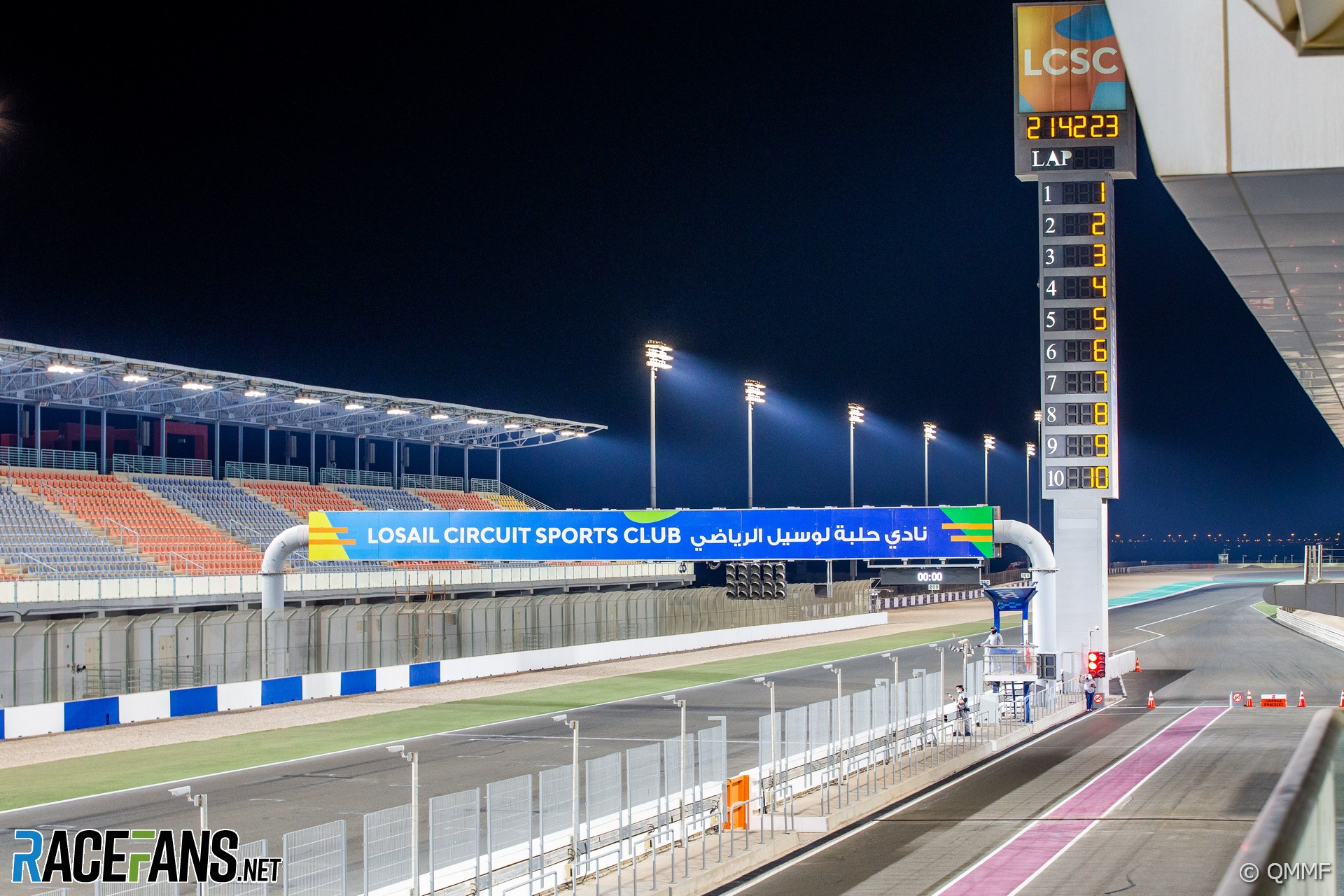 The Losail International Circuit may be unfamiliar to the Formula 1 teams, but the sharp temperature swings between sessions will be familiar from its night races in other deserts.

Qatar is a hot country but in November temperatures will be well short of their searing summer peaks. The conditions should be similar to those the Moto GP riders experience during their usual season-opener held in March.

Maximum air temperatures this weekend should be around 29C – potentially slightly less than that on Friday and slightly more on Sunday. Losail is near the coast so does not face the steep overnight temperature drops that can happen further into the desert. However the relatively high humidity caused by being coastal means that Moto GP has seen dew form on the track, making the surface slippery enough for riders to crash suddenly as it cools from dusk to night.

Most of the Qatar Grand Prix sessions will be held under darkness – second practice, qualifying and the race will all start 15 minutes after sunset at Losail. First practice and third practice, however, will be in the mid-afternoon and likely to see extremely high track temperatures, relative to the evening sessions. As in the case when F1 races in Bahrain and Abu Dhabi, those sessions are likely to be poorer guides to competitiveness than the others.

Moto GP raced during the day at Losail in its first years at the circuit and saw track temperatures exceed 45C. When the switch was made to racing under floodlights, that fell to less than 23 degrees. Expect a similar drop to occur between the F1 sessions held in daylight and those under darkness – and that track temperature will fall continuously during the three sessions after sunset.

Air temperature should fall no lower than 21C across any of the three days of racing, which may offer some lifeline to teams trying to keep their tyres in a window. Losail has proven to be a high-degradation circuit for other series but those drops in track temperatures could induce graining. Pirelli has brought its hardest range of rubber this weekend.

As is to be expected for such a dry country, there is no chance of rain forecast across the Qatar Grand Prix weekend. The wind will change direction over the three days, coming from the north west on Friday, before switching to coming from the south east on Saturday and Sunday.