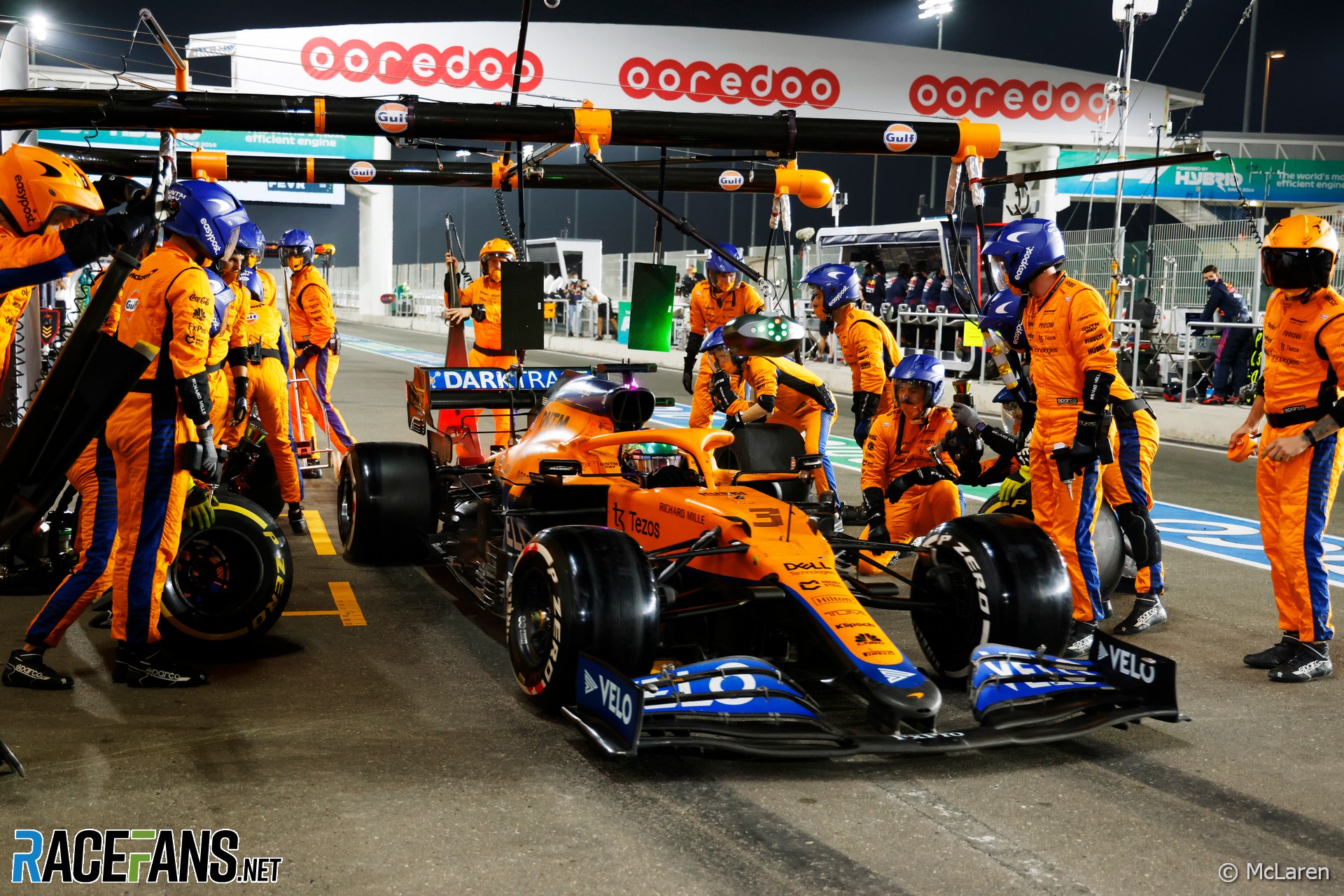 In the round-up: McLaren team principal Andreas Seidl admits the team’s recent slump in form has been a bitter blow after their otherwise strong campaign.

Points losses out of our hands – Seidl

After winning the Italian Grand Prix and coming close to repeating their success in Russia, McLaren have hit a slump in form. They team has taken just four points over the last three rounds, the same as Alfa Romeo, partly due to misfortunes such as Lando Norris’ tyre failure in Qatar.

“For the entire team scoring four points in three races is obviously painful,” Seidl admitted. “But if you look at what happened and how we lost a lot of points, things that have been also out of our [hands] or just bad luck and it’s part of the sport we’re in. Sometimes, I guess it’s on your side and sometimes not.”

The team has fallen 39.5 points behind Ferrari in their fight for third place in the championship. But Seidl said McLaren could take come encouragement from its performance, if not its result, at the Losail International Circuit.

“The good thing is that we have seen again we had a competitive car, two drivers that were competitive on track and the team did a good job also in terms of pit stops, we had very good pit stops. So we’ll just come to Saudi and strike back.”

Victory for Jarno Opmeer (Mercedes) in Thursday’s round of the F1 Esports series on the Circuit of the Americas means he will go into the deciding round with a five-point lead over rival Lucas Blakeley (Aston Martin). Frederik Rasmussen (Red Bull), is a further three points back in third place.

The final three races using the Imola, Autodromo Hermanos Rodriguez and Interlagos circuits will be held on December 15th and 16th.

"We had this piece of land directly next to the Red Sea and it has this lagoon inside and they’ll be driving around the lagoon, and the good thing is we were quite flexible in this narrow strip, of course we were restricted by it but we built most of the streets completely new."

"We have a mantra: an F1 fan should be proud of being an F1 fan. That is not only about the excitement on track but showing that F1 can make a difference in society. We all genuinely feel that."

"While no official announcement has come from the organiser Asac Basco Béarnais, the World Touring Car Cup has included the May 7/8 date in a 2022 calendar revealed on Friday (November 26) and both Euroformula and French Formula 4 championship had previously reserved spaces in their announced calendars for Pau to slot into."

"Aside from the sharp new paint scheme, there are changes at management level of the team. After four successful seasons as team principal, Mark Preston will become the team's CEO, with Thomas Chevaucher assuming the role of team principal."

Pedro Andrade felt a quote in yesterday’s in-depth look at the changes to Yas Marina was telling:

“In the past, whilst there was some criticism about the racing, there was still fantastic concerts, a good atmosphere and a sold-out Paddock Club. And then suddenly with Covid last year, none of those are the niceties were happening. So the focus was on the track and the race and I think there was a bit of disappointment that there wasn’t a lot of overtaking.”

This quote encapsulates very well the ills of modern F1. If you don’t have good racing, nothing else should matter. It shouldn’t take a pandemic to figure that out. Enormous disconnection with the fans right here.
Pedro Andrade