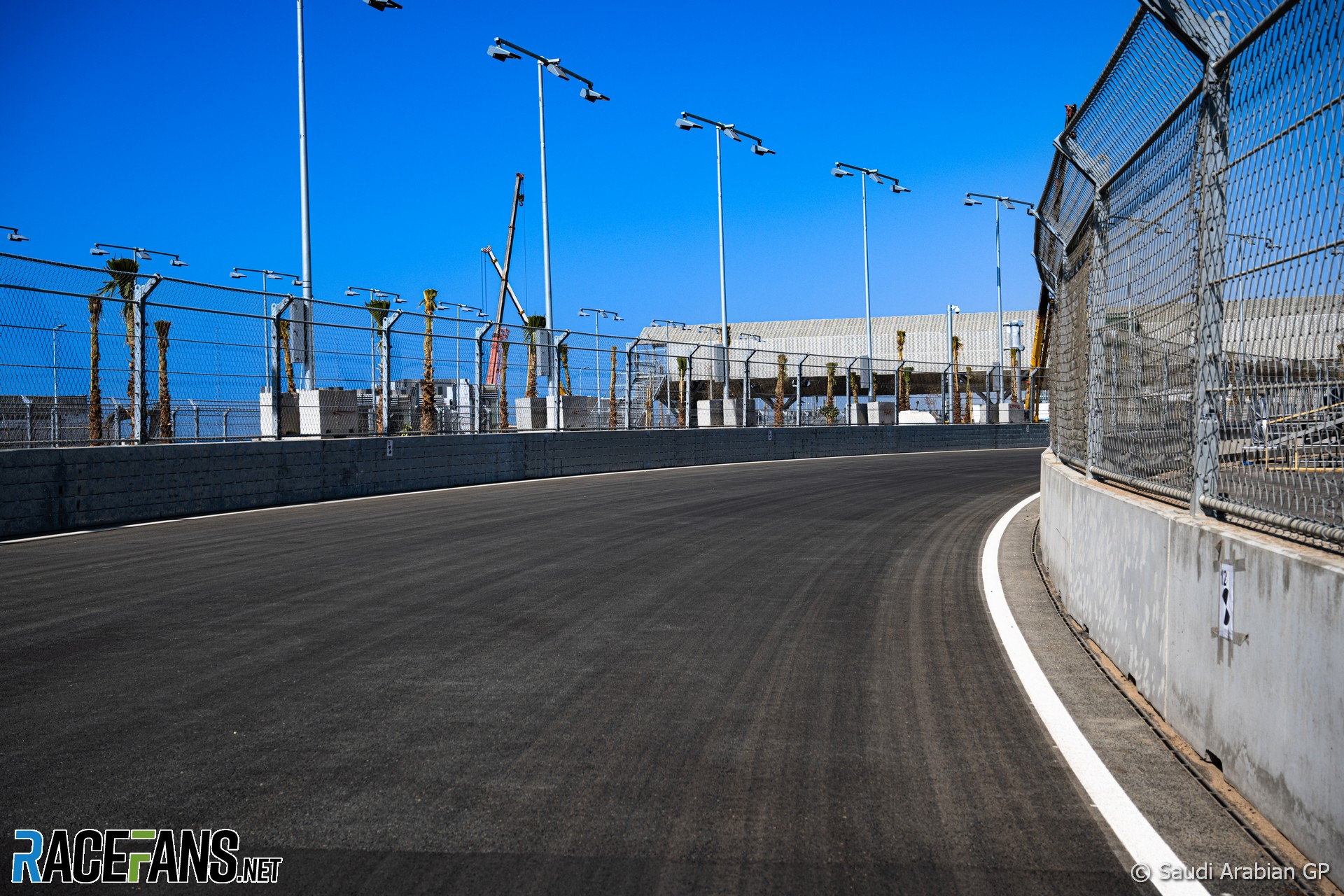 In the round-up: Pierre Gasly believes the inaugural Saudi Arabian Grand Prix will be “very complicated” to drive due to a lack of grip offered by the new surface.

“Judging from what I saw on the simulator, Saudi will be extremely quick, with a large number of very high-speed corners, some of them blind,” said Gasly.

“I think it’s going to be very complicated from a driving point of view and there will be the extra challenge of the track surface being completely new. No cars have ever raced on it, there will be no rubber down and probably some oil will still be coming out of the Tarmac, which is what normally happens at a new circuit. So, we are looking at a street circuit with quite low grip, which is a new challenge as no one has any data from the track.”

Mazepin looking forward to developing car for the first time

Nikita Mazepin says he is looking forward to playing an active role in helping to develop a car throughout a season for the first time in his racing career in 2022.

Mazepin will rejoin Mick Schumacher at Haas for the 2022 F1 season. After a challenging rookie campaign where Haas chose not to develop their 2021 car to dedicate resources towards the 2022 season, Mazepin says he is excited to be able to have an influence over how next year’s car will develop.

“To actually be in the mix in Formula 1, to have a car where you actually have some influence on improving during the year and focusing on maintaining and improving the performance, perhaps, through the first part of the season and towards the second is a challenge that I have never been able to feel in other categories,” said Mazepin.

“It’s something that I’m very happy to be able to have that chance.”

As pre-season testing for Formula E continued at the Circuit Ricardo Tormo in Valencia, Antonio Felix da Costa was fastest in the morning session for Techeetah, before Stoffel Vandoorne put Mercedes on top of the times in the afternoon.

To help orient teams and drivers to the upcoming season’s new added time rules in the event of a safety car during a race, a simulated race was held which saw Nyck de Vries take the chequered flag first, ahead of team mate Vandoorne.

Alice Powell took part in the day’s running for Envision for the first time as part of her role as development driver for the team.

A 27-turn track covering 6.1 kilometres, but drivers will be flat-out for 79% of its length,

Jack Doohan will replace Richard Verschoor for the final two rounds. At Jeddah and Yas Marina, Doohan will team up with fellow F3 graduate Clément Novalak.

Richard steps aside due to funding issues. We've had a great season together where he won his first F2 race at Silverstone pic.twitter.com/46wX55YhZO

Jeddah is different 😉 For the 1st time in #F1, above the pit garages, each driver's name is featured in both English and Arabic calligraphy, highlighting the unique culture of Saudi Arabia! 🏎🇸🇦

No max power runs for me today, which is around about 2 seconds. Lots of brake bedding and checking for the season 😎 Even so, loved being back out in a @FIAFormulaE car! @Envision_Racing #FormulaE pic.twitter.com/ww9C1licMc

Say hello to my new home! The place isn't finished yet but I'll be living here in Monaco when I'm not in the factory or at the track next year.

I get the keys at the end of next month so will hopefully be moving in soon. Really excited for this next chapter! pic.twitter.com/rsYCcbXXls

"The event had to be cancelled in 2020-21 due to the pandemic. In 2022, the event will have a format slightly different from a standard Euroformula Open weekend, with two races instead of three taking place. EFO’s Sunday race will be the one labeled as ‘79th Grand Prix de Pau’."

"With the further backing of the FDA, Girls on Track - Rising Stars can now fully support even younger racers - as young as 11 years old - with this Junior development initiative which will potentially put one of the youngsters under the wing of the famed Academy as they embark on a season of international karting."

"It is not just (Verstappen's) driving that has crossed boundaries, but his behaviour too: his unwillingness to check on the condition of Hamilton after the crash in Italy, his breach of the rules by touching the Mercedes car in Brazil, his hypocrisy in complaining about Hamilton’s 'dangerous move' at Silverstone."

"We have profiled the top motorsport-branded and inspired masks on offer in 2021, along with the teams still keeping us waiting."

Reader @f1frog has an interesting statistical observation heading into the penultimate race of this dramatic season.

If Lewis Hamilton wins and gets fastest lap in Jeddah, and Max Verstappen finishes second, the two title contenders will go into the final round on equal points for the first time since 1974 (Emerson Fittipaldi and Clay Regazzoni).

Reason enough to move the title finale back to Interlagos instead of Yas Marina from next season.
@f1frog