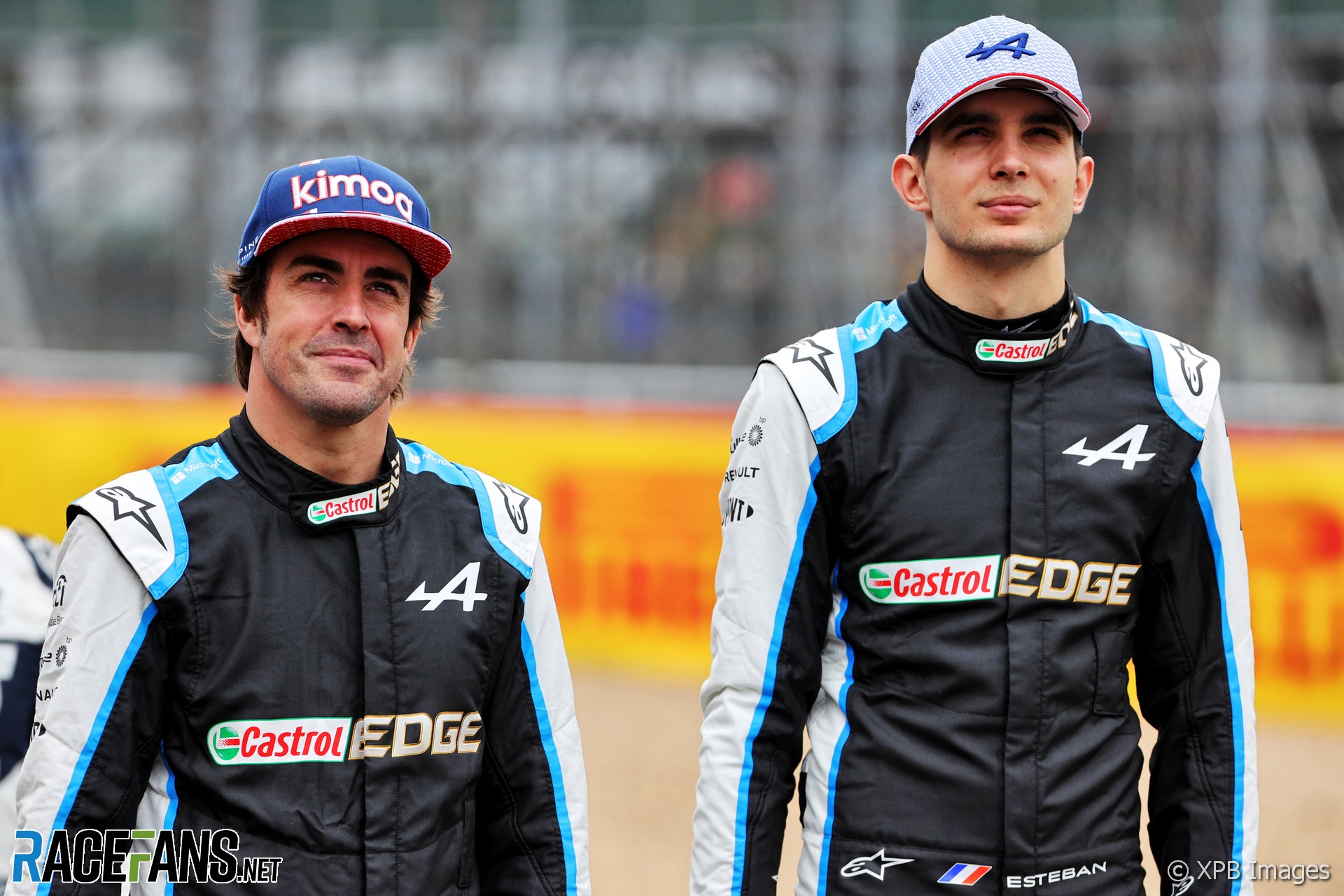 Following a two year ‘retirement’ from Formula 1 spent winning endurance races, the question of how Fernando Alonso would fare on his return to the sport was one of the most intriguing heading into the 2021 season.

Esteban Ocon was seemingly caught in an unwinnable situation. Defeat Alonso and his achievements would be dismissed for beating a veteran two years out of the sport, but be outperformed by him and his reputation would suffer all the more for it.

Instead, Alonso and Ocon would transpire to be 2021’s most closely-matched pair. From the qualifying battle (11-11) to classified finishes (9-9), the two Alpine drivers matched each other’s efforts over the course of the season. Only in final points tally and laps spent ahead did Alonso slightly break the tie.

Ocon enjoyed the more fruitful start to the year, while Alonso found his feet behind the wheel of a F1 car once again. From the second round at Imola through to Monaco, Ocon racked up four consecutive points finishes ahead of Alonso as Alpine found themselves in an early battle with AlphaTauri and Aston Martin in the midfield.

But once Alonso was fully up to speed, he beat Ocon every Saturday from Baku to Silverstone. And on Sundays, he finished ahead of his younger team mate in every race that the pair were both classified to almost double Ocon’s points tally midway through the season.

Then, a mixture of wet weather, first-lap misjudgements by Valtteri Bottas and Lance Stroll and a tactical error on the Mercedes pit wall saw Ocon jump out into the lead at the restart of the Hungarian Grand Prix. Leading a race genuinely for the first time, Ocon absorbed pressure from Sebastian Vettel and did not put a foot wrong to secure a stunning debut victory – helped in no small part by his team mate doing a superb job to hold up Lewis Hamilton.

Two sixth places in the Netherlands and Russia allowed Alonso to reestablish the points advantage over Ocon, before he converted a second-row start in Qatar into a strong third place and his first appearance on the podium since 2014. That would ensure that Alonso would mark his F1 return by finishing ahead of his younger team mate in the drivers’ championship.

Esteban Ocon vs Fernando Alonso: Who finished ahead at each round

Times based on the last qualifying round at each race weekend in which both drivers set a time. Negative indicates Esteban Ocon was faster, positive means Fernando Alonso was faster