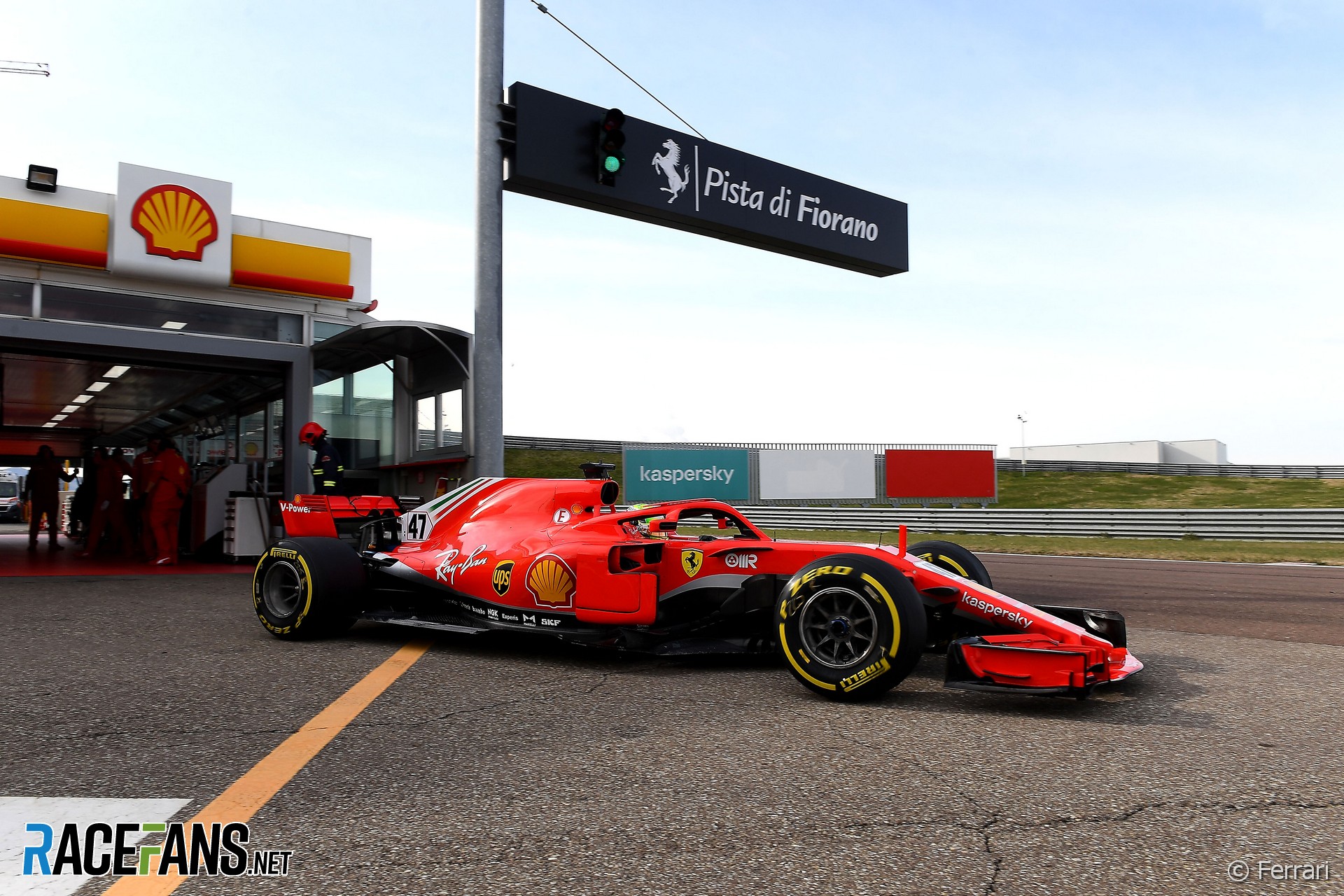 Ferrari is not testing its 2021 Formula 1 car at Fiorano today, having indicated it would yesterday.

The team has instead decided to run its 2018-specifiction SF71H in what was originally announced as a four-day test involving three drivers. The team also ran the car at Fiorano last year (pictured).

Testing of current cars, including those used in the previous season, is tightly restricted in Formula 1. However teams are allowed to conduct “testing of previous cars”, as defined by the regulations, “using cars which were designed and built in order to comply with the Formula 1 Technical Regulations of any of the three calendar years falling immediately prior to the calendar year preceding the championship.” That would permit cars from 2018, 2019 and 2020 this year.

As the technical rules have been drastically changed for the 2022 F1 season, teams were also expected to be allowed to use their 2021 machines as “previous cars”. However the 2022 regulations have not yet been updated to reflect this.

“While awaiting an update from the FIA as to how rules relating to ‘Test Previous Cars’ which establish the criteria for which cars can be used in this type of test, are being applied for 2022, the decision has been taken to use a 2018 SF71H car,” said Ferrari in a statement. “Further details on the test programme will follow later.”

Test driver Robert Shwartzman was due to run in the car today and Friday, with race drivers Charles Leclerc on Wednesday and Carlos Sainz Jnr on Thursday.

AlphaTauri is also conducting a test today. Pierre Gasly is driving at Imola, using an AT01 of the type the team used in 2020.