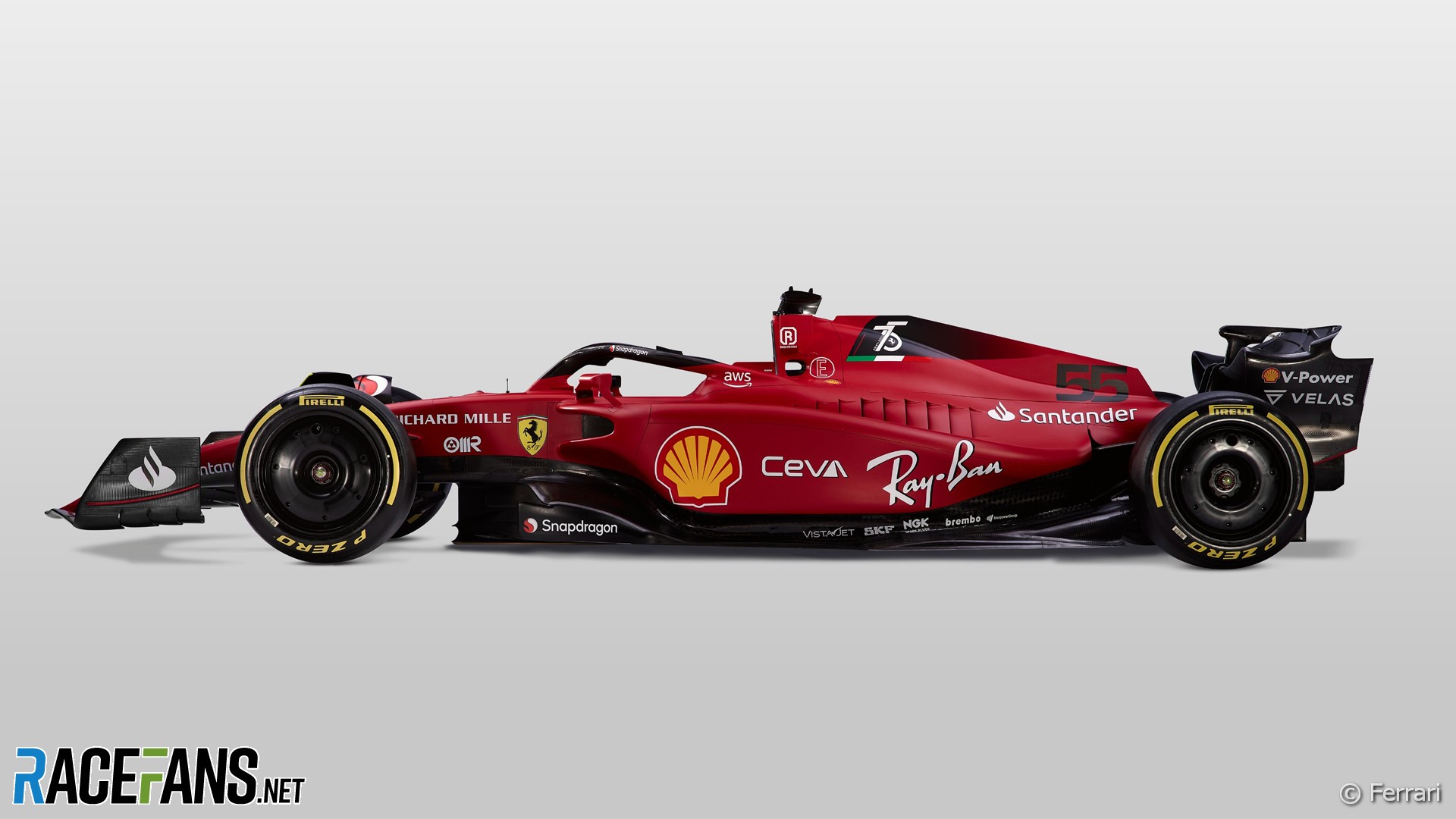 Ferrari’s unconventional design for its new F1-75 was born out of a “creative” mindset across all areas of car design, say the team’s technical leaders.

The team unveiled their new car for the 2022 Formula 1 season and the extensive rules changes to the technical regulations on Thursday, with some unique approaches to the various design challenges presented by the new regulations.

“The first key factor for the design of a car that is so different from its predecessors is time management,” Montecchi explains. “We allowed much more time than usual for the design phase, examining in depth all the rule changes in order to squeeze out every ounce of performance, exploring a large number of solutions through studies, simulations and bench tests.

Montecchi says Ferrari embraced “the involvement and empowerment of each individual designer,” during the car’s development, so that “everyone feels the excitement and uniqueness of the challenge posed by these massive changes.”

“With no reference points available from previous seasons what makes the difference is the creativity and talent of each designer, the excellence of our analysis tools, the lucidity and courage to choose the most promising solution, even if it is not the most conventional one and in this, we believe we have done a good job.”

With the introduction of ground-effect aerodynamics into Formula 1 for the first time in 40 years, Ferrari adopted an “open-minded” approach to interpreting the new rules, says the team’s head of chassis area, Enrico Cardile.

“The rule changes in 2022 are undoubtedly the most radical of the last 40 years,” Cardile says.

“In tandem with the car development, we improved our simulation tools, to bring light into the dark corners that existed in the past. Aerodynamics was definitely our number one priority. We approached it with an open mind and seized the opportunity of the rule changes to go in many different directions, bucking the trends of recent years.

“This open-mindedness has extended to the development of the suspension: the new rules have imposed a general rethink, with the aim of giving us the flexibility to manage a brand-new car concept and tyres with different properties to those used up until now.”

The team’s receptiveness to new thinking in the pursuit of performance extended to its power unit, which also required changes due to F1’s switch to E10 fuel for the new season.

“It has been an intense and exciting challenge,” said Ferrari’s head of power unit Enrico Gualtieri. “All components have been re-evaluated. Some have been optimised, while others were decidedly innovative.

“We started from the main concept of seeking the utmost efficiency in the energy transformation process, from the chemical one in terms of combustion to the mechanical one, to the crankshaft. Everything else has been designed with this goal in mind.”

The layout of the power unit was partly influenced by the need to tailor the car to suit the new rules, Gualtieri added. “We defined a power unit layout that best meets the needs of our colleagues on the chassis side, in view of the new technical regulations.”