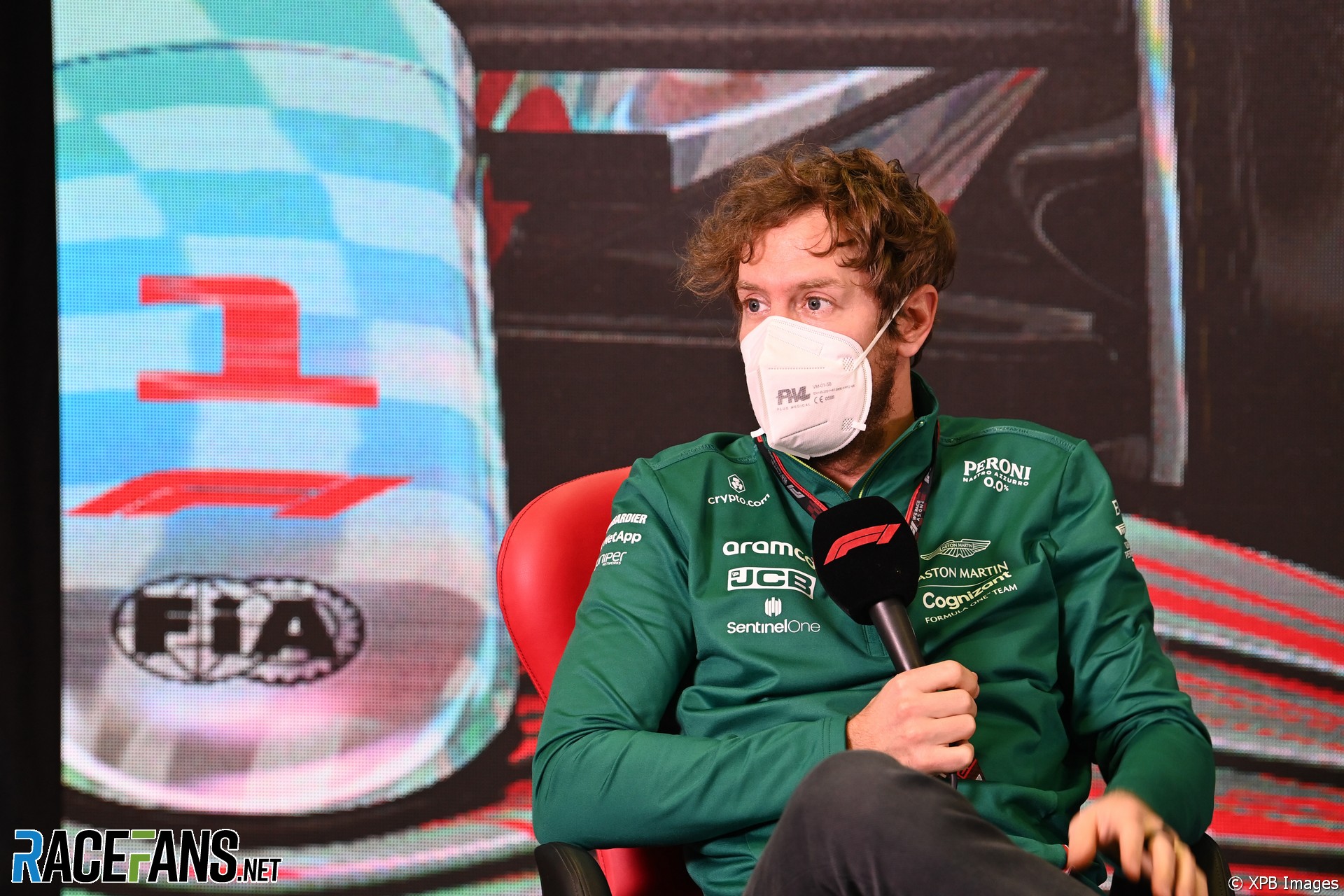 Many of Formula 1’s drivers have expressed their sadness at the invasion of Ukraine by the Russian military and urged solidarity with the nation’s people.

As the first pre-season test in Barcelona unfolded against the backdrop of the military invasion beginning, many of the 20 drivers on this year’s grid expressed their sadness at the news.

Prior to Formula 1 announcing that it would not hold the Russian Grand Prix this season, world champion Max Verstappen made it clear he did not believe the race should go ahead.

“I think when a country is at war, it’s not correct to race, that is for sure,” said Verstappen.

Red Bull driver Sergio Perez said his thoughts went out to both the people of Ukraine and Russian citizens living under the leadership of Vladimir Putin.

“It hurts a lot to see what’s happening,” Perez posted on social media. “All my prayers are with our brothers in Ukraine and with the Russians who are in pain under the leadership of people like that. I hope this conflict will stop soon and avoid the [loss] of more innocent lives.”

Lewis Hamilton posted a statement on social media, saying that “when we see injustice it is important we stand against it.

“My heart goes out to all the courageous people of Ukraine who are facing such terrible attacks for simple choosing a better future and I stand with the many Russian citizens who oppose this violence and seek peace, often at risk to their own freedom,” Hamilton said. “Please stay safe everyone. We are praying for you.

When asked at a press conference on Friday attended by Pierre Gasly and Lando Norris in which both drivers expressed sadness at the Russian military invasion of Ukraine, Russell said that he echoed the sentiments expressed by Gasly and Norris and had “nothing more to add”.

On Thursday, Leclerc said that the invasion of Ukraine was “very sad to see… especially in 2022.”

The Ferrari driver later posted on social media that “what is happening in Ukraine is incredibly sad and heartbreaking. To see so many innocent people suffer from this situation is horrible, war should never be an option. My thoughts are with everyone going through this tragedy and I’m praying that all of this will be over as soon as possible.”

Sainz said he found the situation in Ukraine to be “horrifying”.

“I’m closely following what is happening in Ukraine and it’s horrifying to see something like this happening nowadays, whether it’s here or in any other part of the world,” Sainz posted on social media on Saturday.

“I hope this conflict comes to an end as soon as possible. All my thoughts are with Ukraine and its people. Innocent civilians are losing their lives and I am praying for all this suffering to end immediately.”

“It’s sad to see what’s going on in the world right now,” Norris said. “I think a very good decision Formula 1 has made, because personally it’s not a place I would want to be going right now.

Norris also shared Formula 1’s statement regarding the cancellation of the Russian Grand Prix on social media, as well as images from the New York Times’ reporting of the invasion.

Asked on Thursday evening about his response to Sebastian Vettel stating that he would refuse to race in the Russian Grand Prix before the event was eventually cancelled on Friday, Ricciardo said: “To be honest, I’ve just heard about some of Seb’s comments from today. I don’t honestly have much to comment. I think for now, it’s in the hands of F1 and the FIA and honestly nothing. Nothing really for me to say, for now.”

The Alpine driver echoed the hopes of Leclerc and Verstappen on Thursday that the Russian Grand Prix would be cancelled. “I think that we drivers have our opinion and I’m sure that is the same one as everyone,” Alonso said.

Alonso also posed a link social media to a Unicef page about the 7.5million Ukrainian children who the NGO believe are threatened by war and called for an immediate ceasefire.

Pierre Gasly strongly condemned the invasion of Ukraine by the Russian military, saying that he was “personally affected, having some people close to me who are in Ukraine right now”.

The AlphaTauri driver said it was “really, really sad” to see images and videos on news and social media of civilians and families being caught up in the violence.

“I do hope other countries really support Ukraine in that sense because it’s a small country, we know how powerful Russia is,” Gasly continues. “We know how many people they have. It’s kind of an unfair fight in a way. I’m just very sorry and feeling very sad for these families out there who are actually quite stuck.”

Aston Martin driver Lance Stroll said that the images on the news had been “very hard to watch”.

“More innocent people just losing their lives at this time and we just have to put everything in perspective, what’s going on in the world and. It’s very scary times and we definitely have to just pray and hope that things will be will be okay but it’s very hard to watch.”

Vettel was the first driver to call for the Russian Grand Prix to be cancelled after the invasion of Ukraine began in the early hours of Thursday morning.

“I woke up to this morning’s news shocked,” Vettel said. “I don’t know, I think it’s horrible to see what is happening.

“For myself, my own opinion is I should not go, I will not go. I think it’s wrong to race in that country. I’m sorry for the innocent people that are losing their lives, getting killed for stupid reasons. A very, very strange and mad leadership.”

Asked for his reaction to the cancellation of the Russian Grand Prix, Latifi said that it had been “definitely the right move” not to race.

After Mick Schumacher had expressed sadness at the invasion, Albon said that he shared the Haas driver’s thoughts.

“As Mick said, he said it very well, it’s very saddening and I think it’s the right decision for us [to cancel the Russian GP]. Obviously, there’s much bigger things out there than racing.”

Bottas expressed his sadness at the news of the Russian military invasion, saying that it was “not right”.

“Like everyone’s said, innocent people [are] losing their lives and losing their homes and families and don’t have safe places to live in – it’s not right. All we can hope is that everything gets resolved in the best possible outcome and way that is possible.”

Following the invasion, the Haas team announced it would remove the colours of the Russian flag from their cars for the final day’s testing, while Mick Schumacher covered up the Uralkali logos from his racing overalls.

After the test, Schumacher shared a message on social media on Saturday, describing the Ukraine invasion as “absolutely heart-breaking”.

“I know I have been quiet here on Instagram during testing, but watching this war unravel in Ukraine – it just didn’t feel right,” said Schumacher.

“This is absolutely heart-breaking. My deepest thoughts and support goes out to all the innocent lives affected by this devastating war. This should’ve never been the situation and I pray for these unnecessary actions of violence to stop.”

Mazepin, the only Russian Formula 1 driver, shared a brief statement on social media after the Russian Grand Prix was confirmed to be off the calendar.

“To my fans and followers – it’s a difficult time and I am not in control over a lot of what is being said and done,” said Mazepin. “I’m choosing to focus on what I can control by working hard and doing my best for my Haas team. My deepest thanks for your understanding and support.”