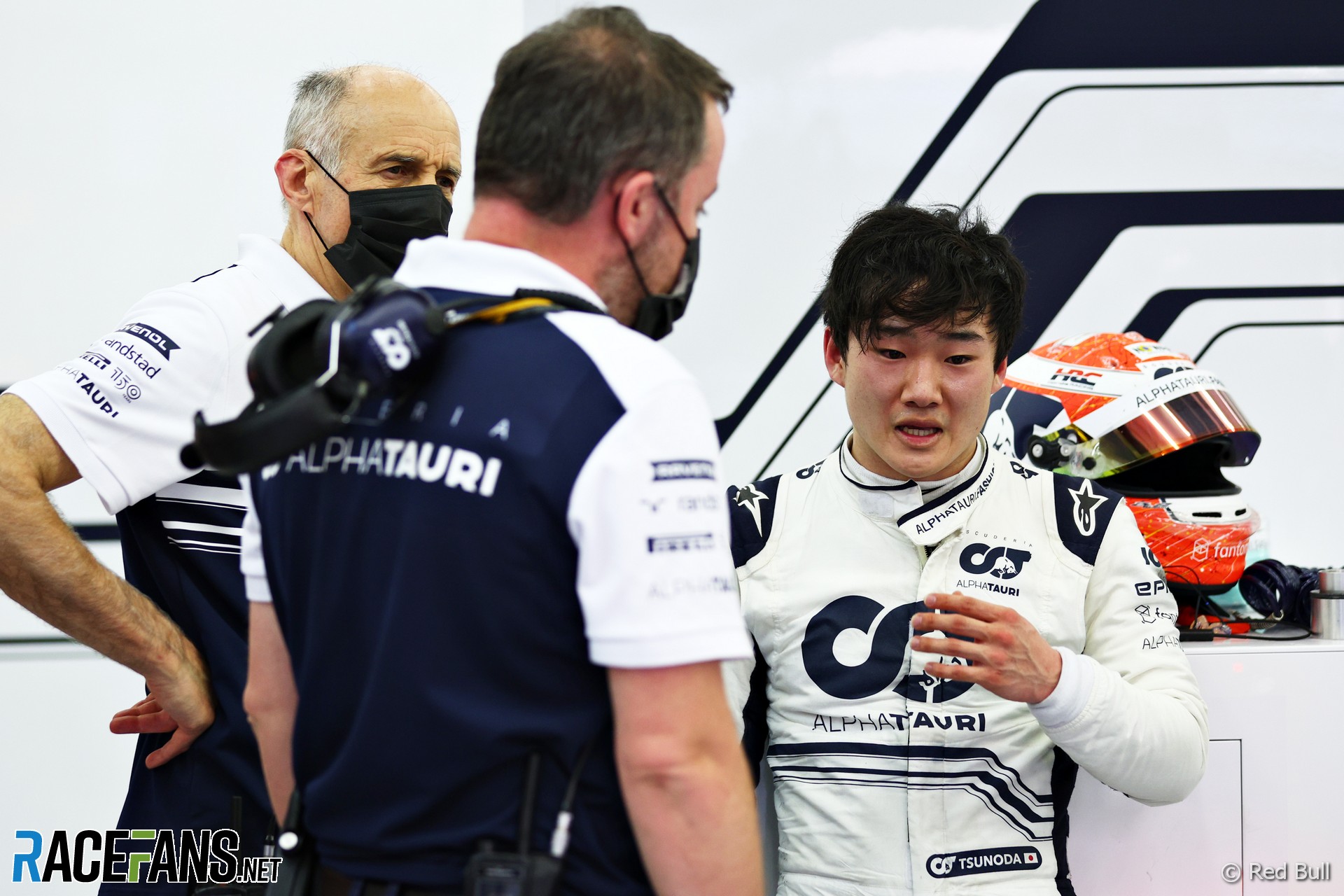 In the round-up: Yuki Tsunoda says he understands where he needs to deliver in his second full season of Formula 1.

Tsunoda “not worried about making mistakes” in second year

After an often trying debut season in 2021, Tsunoda says he is clear where he needs to improve this year. “It’s true that I have to deliver more and reduce the number of mistakes I make compared to last year,” he said. “But I don’t feel any pressure.

“I am convinced I can achieve that and I’m not worried about making mistakes. I am just focussing on developing the car through the season with the team and giving them good feedback. I have the confidence to achieve those things now.”

Having completed his first full season, Tsunoda expects to benefit from his familiarity with F1’s tracks. “I will know most of the circuits this time, apart from Singapore and Australia,” he said. “And even though I have driven at Suzuka, it was in Formula 4, so 45 seconds per lap slower than an F1 car.”

Carlos Sainz Jnr is not convinced the adaptability which served him so well last year will give him an advantage over his rivals following the shake-up in the technical rules for 2022.

In his first season at Ferrari, Sainz unexpectedly out-scored highly-rated team mate Charles Leclerc. He admitted the performance reflected well on him as Leclerc is considered one of F1’s foremost talents.

“I know where Charles is in Formula 1 and I know how good he is,” Sainz told F1. “I have pretty good comparisons to make with with Lando [Norris], with Max [Verstappen] and I know where he stands and I know it was a good year for me, 2021, for that reason.”

Sainz’s Ferrari move was the third new team he had joined within five seasons. However Sainz said he would not overestimate his own adaptability compared to other drivers when it came to the new regulations.

“It could help me, and it could be an advantage,” he acknowledged. “But at the same time, honestly, I think in Formula 1 everyone is good. I think I’ve done well on adapting to new teams, don’t get me wrong, and I think it’s been a strong point of mine.

Sauber’s Academy programme has announced that it will continue to back Formula 2’s youngest-ever race winner, Théo Pourchaire, as well as taking on a new junior in Brazilian Roberto Faria.

Pourchaire will continue in F2 with ART this year, while new signing Faria is making the step from Formula 4 to regional F3 in the GB3 championship with Carlin. Both drivers are 18 years old.

Faria said that becoming part of the Sauber Academy was “something special for me and I am grateful to the team for this opportunity. As a young driver, knowing I can rely on the experience and the know-how of a team that developed some of the biggest names in motorsport is huge and I am looking forward to repaying the trust that has been put in me. I can’t wait for the season to start and show the progress I am making.”

Takahashi started his career as a motorbike rider and competed on two wheels from 1958 until 1963, as a competing successfully both in Japan and internationally, becoming the first Japanese rider to win a world motorcycle grand prix.

Following injuries from an accident in 1962, he moved on to car racing, where his success continued including winning the GT2 class at the 1995 24 Hours of Le Mans. He made a single F1 start in the 1977 Japanese Grand Prix at Fuji, driving a Tyrrell to ninth place.

A post shared by Circuit of The Americas (@cota_official)

Red Bull have their hands on the number 1️⃣ car in F1, @Formula2 and @FIAFormula3! 🤩#F1 @redbullracing pic.twitter.com/3g7YoPq0VV

Verstappen says Formula 1 does 'not need to heal' (BBC)

"The sport doesn't need to heal, there are these dramatic moments which are part of the sport as well. F1 is a very tough world. I think Lewis can feel the pain a bit less if you already have seven (championships)."

"My group of people is just scouting out what my future is going to look like."

"If starting and finishing 19th at St. Pete sounds unremarkable, Ilott spent some time near the front during a pit stop exchange and was lapping within a 10th of race winners and champions while representing the smallest team in the series in the number 77 Chevy. Like Kirkwood, I expect Ilott to garner a lot of attention as the season moves forward, and as the only driver in a single-car outfit, his performances should be weighed against the lack of teammates to help find the best setups at every round."

"The accusation of 'sportswashing' is levelled at countries perceived to be using sport to improve their tarnished image abroad."

Mahindra Racing have launched a digital book to celebrate a decade of the team in motorsport. Featuring words from S.P. Shukla, Mufaddal Choonia, Karun Chandhok, Nick Heidfeld, Max Biaggi and Felix Rosenqvist among many others.

Drugovich is returning to MP a 'more relaxed' driver (Formula 2)

Drugovich: 'The decision was deciding between MP and my old team, but MP have helped me out quite a lot, and also financially, and I trust them to do the work that they said they want to do. Hopefully we are going to get good results. I think we prepared quite well during the winter. I’m happy to be back and want to start on the right foot.'

Bearman: 'It is good to be able to step straight into Prema. The pressure will be on a bit more because I’m expected to have better results, but I think I am capable of doing that, so I’m looking forward to it.'

'For the younger generation, if you see more women in motorsport and see a more diverse career path, it will help to create a more inclusive future,' she says. 'We really need to support each other.'

After the three DRS zones were retained at Sakhir, CDUK Mugello says that if DRS remains with the 2022 cars, despite theoretical improvements to drivers’ ability to overtake, then it should get used in less straightforwardly advantageous places at least.

If we’re keeping DRS at all I’d much rather it’s on sections of the track we don’t traditionally see overtaking.

The straight to the final corner being a great example. Let’s leave the main straights DRS free please.
@cduk_mugello