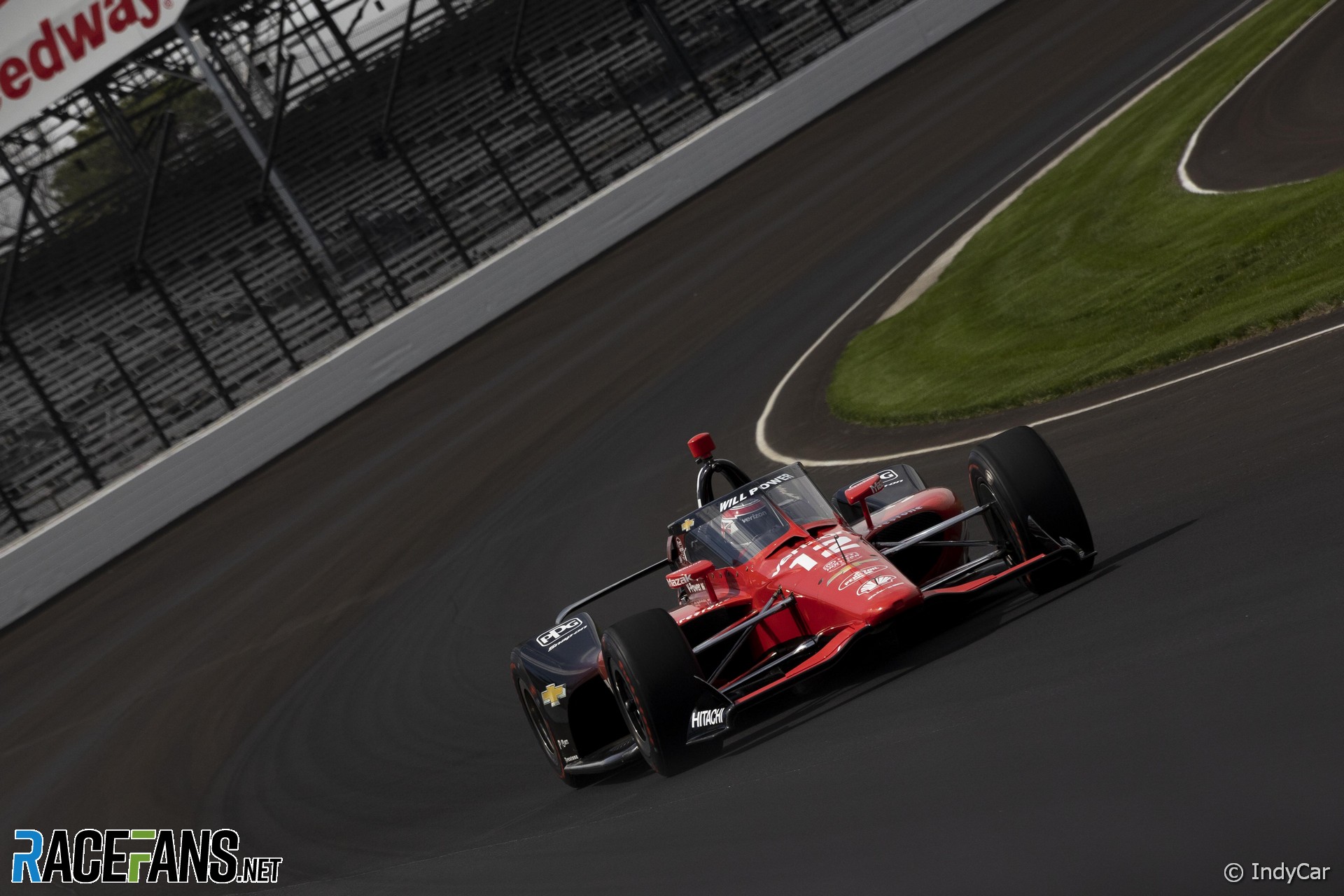 Will Power was lucky to avoid a “massive” crash in practice for the Indy 500 after spinning onto the track exiting the pit lane, says Scott Dixon.

The Penske driver was rejoining the track via the pit lane exit when he lost control of his car, spinning over the grass divider and onto the apex of turn one. Colton Herta was forced to take evasive action and spun at the exit of the turn but avoided heavy contact with the walls.

The near-miss was reminiscent of the notorious crash at the Laustzring in 2001 in which Alex Zanardi’s legs were severed when he spun at the pit exit and was hit by Alex Tagliani.

Power had no explanation for how he had lost control of his car. “It just lit up,” he said. “I didn’t really have much lateral in it. I was full throttle, but it had a very tall second gear and I’d already done a lap, so I had rear tyre temperature – I thought.

“It scared the absolute daylights out of me. You know there’s a situation when you come up on the track and there’s a whole pack coming at those speeds… I feel terrible for Colton because he crashed because I spun, but I had zero warning. Zero.”

Asked about the incident after the day’s running, Scott Dixon – who ended the session fastest – said that the pit exit lacked grip due to a compound placed onto the asphalt to help dry it after earlier rain.

A driver’s worst nightmare is spinning up off the apron into 220mph traffic.. Didn’t see this one coming.. glad no one was hurt. pic.twitter.com/YrYjJFcUyP

“We had a sealant [on the track], but it’s the first time since 2018 the pit entries and exits have been done,” Dixon explained. “I know when we did the engine test here, the painted sections of the circuit were quite slippery to start with, then it comes good. That hasn’t come good yet.

Dixon believes Power was very fortunate not to have been involved in a serious accident as a result of the spin. “I think any situation like that is not great,” he said.

“I think Will was extremely lucky there that the car didn’t roll back any further because it would have been massive. I’m sure he had a few bowel movements in that situation. I know I would have.”