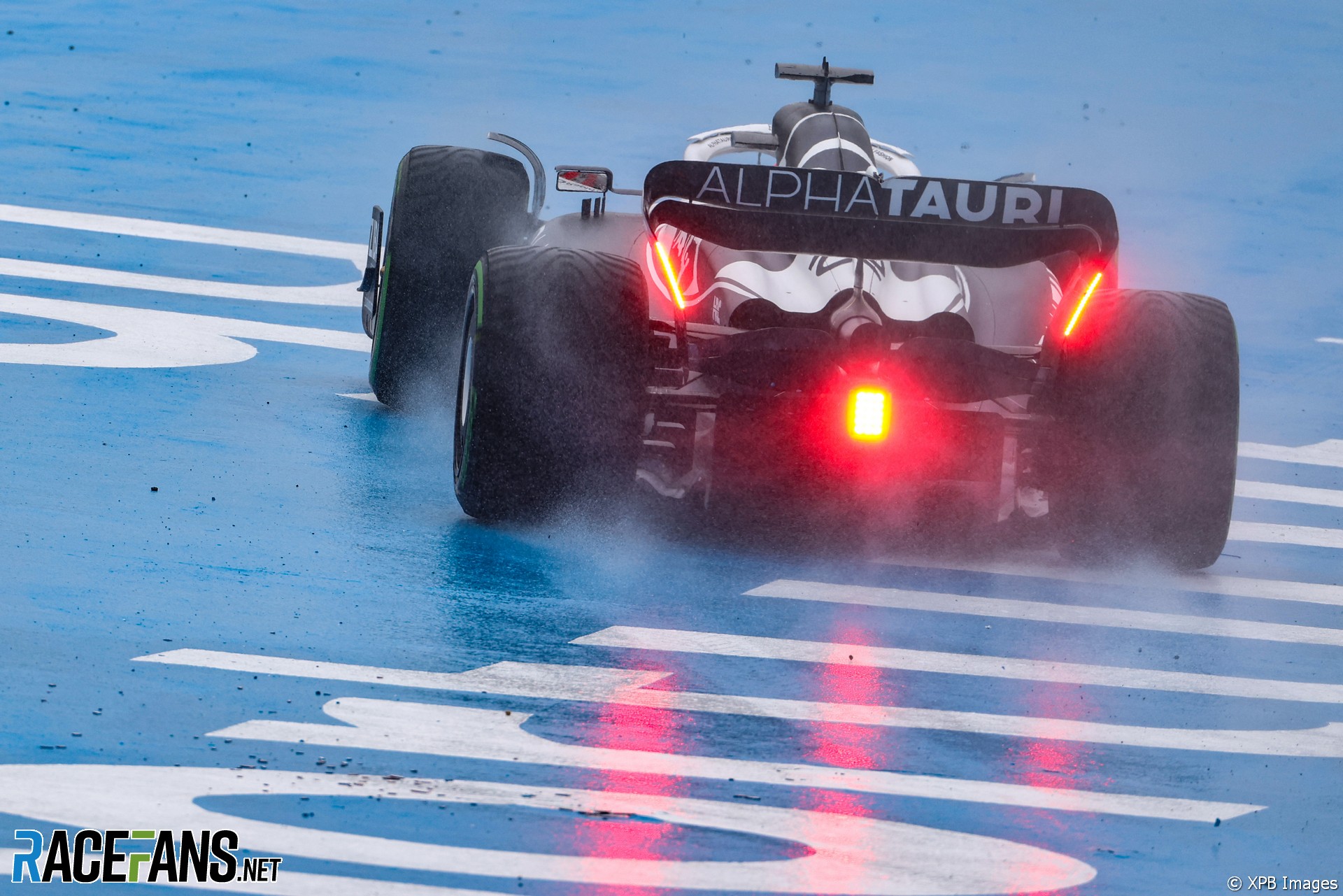 In the round-up: Pierre Gasly says that a mistake in Friday qualifying compromised his entire grand prix weekend at Imola

Gasly ‘paid the price for qualifying mistake’ in Imola

Gasly was eliminated in Q1 in 17th place, one position behind team mate Yuki Tsunoda, and finish the sprint race in the same position after opening lap contact with Zhou Guanyu.

He finished the grand prix out of the points in 12th place. Asked what lessons he could take from the weekend, Gasly said that “the lesson is we’ve got to qualify”.

“We can’t make mistakes in qualifying,” he continued. “We’ve had really good qualifying the entire season, made a mistake on Friday and then, yeah, we paid the price from there.

Gasly spent the final 43 laps with Lewis Hamilton behind him, and took the chequered flag behind Alex Albon’s Williams.

Aston Martin team principal Mike Krack says that the porpoising effect experienced in their AMR22 acts as a “virtual barrier” to the team’s performance.

Aston Martin finally secured their first points of the season in Imola after a frustrating opening three rounds of 2022. But Krack says that the team cannot fully exploit the performance of their car due to excessive bouncing created by the new ground effect aerodynamics.

“We cannot explore the overall potential that the car is having due to the porpoising,” Krack says. “This puts like a virtual barrier on how far we can go. So we cannot extract the performance that the car is really having. This is the main problem.”

W Series will be shown exclusively live on Sky Sports in the UK in a multi-year deal, it has been announced.

Starting with the third season of the championship, which begins at the next grand prix weekend in Miami, the all-women racing series will be shown live on Sky Sports, with live coverage of each qualifying and race.

Channel 4 will broadcast highlights of the series’ races on free-to-air television, with the race at the British Grand Prix also shown live on Channel 4.

Welcome to the W Series family @SkySportsF1. 🥳 And @C4F1 thank you for your continued support. We are looking forward to the journey and hope we can continue to give as many fans as we can sizzling #WSeries sport 🏎🏎🏎. Now, the important stuff: who is going to win in 2022? https://t.co/c1e9oM2WNO

we think it's safe to say that after living in Italy for 7 months, @yukitsunoda07 is fluent in Italian 😅 🤌 pic.twitter.com/KQn5s21wEo

This one could get emotional…

Stay tuned as we join Ian for his final race trackside in the latest instalment of INSIDER. 💚 #IAMSTORIES pic.twitter.com/IQI1vUzIjj

At the Carbone F1 Miami pop-up, 200 guests a night will have the opportunity to dine on Carbone’s Italian-American food.

"It's a celebration of indulgence.” pic.twitter.com/WfaDi2a5q3

"Felipe Massa went from dreamland to the depths of despair in such a short space of time. But then came the moment which secured his place in the hearts of F1 fans forever, as he accepted the most difficult of defeats with humility and dignity in front of the people who adored him most in the world."

"I will always support Lewis in everything he does in F1, he is the greatest driver ever in my opinion. And, as with Serena, he is a phenomenal icon for black achievement and civil rights. With football though I think he should stay loyal to his own team."

"Charles’ younger brother, Arthur, is also making a name for himself in F3. This creates a fascinating prospect: What if the Leclerc brothers raced in F1 for the same team?"

The first free content update for Gran Turismo 7 adds the SuperGT GT300 class winning Subaru BRZ and its roadcar equivalent, as well as the Suzuki Cappuccino. The 'new layout' added to the game is the Spa-Francorchamps 24 hour version, which simply features the extended pit exit and moves the timing line before Eau Rouge.

"Benefitting from a full new laserscan and thousands of reference materials, this new track addition for the simulation will represent the most modern and up-to-date version of the track in sim racing, and we can’t wait to tell you more about it and let you try out the circuit for yourselves in the coming weeks."

He makes the job of being a top level grand prix driver look so easy that people just overlook him. It annoys me no end!
@geemac