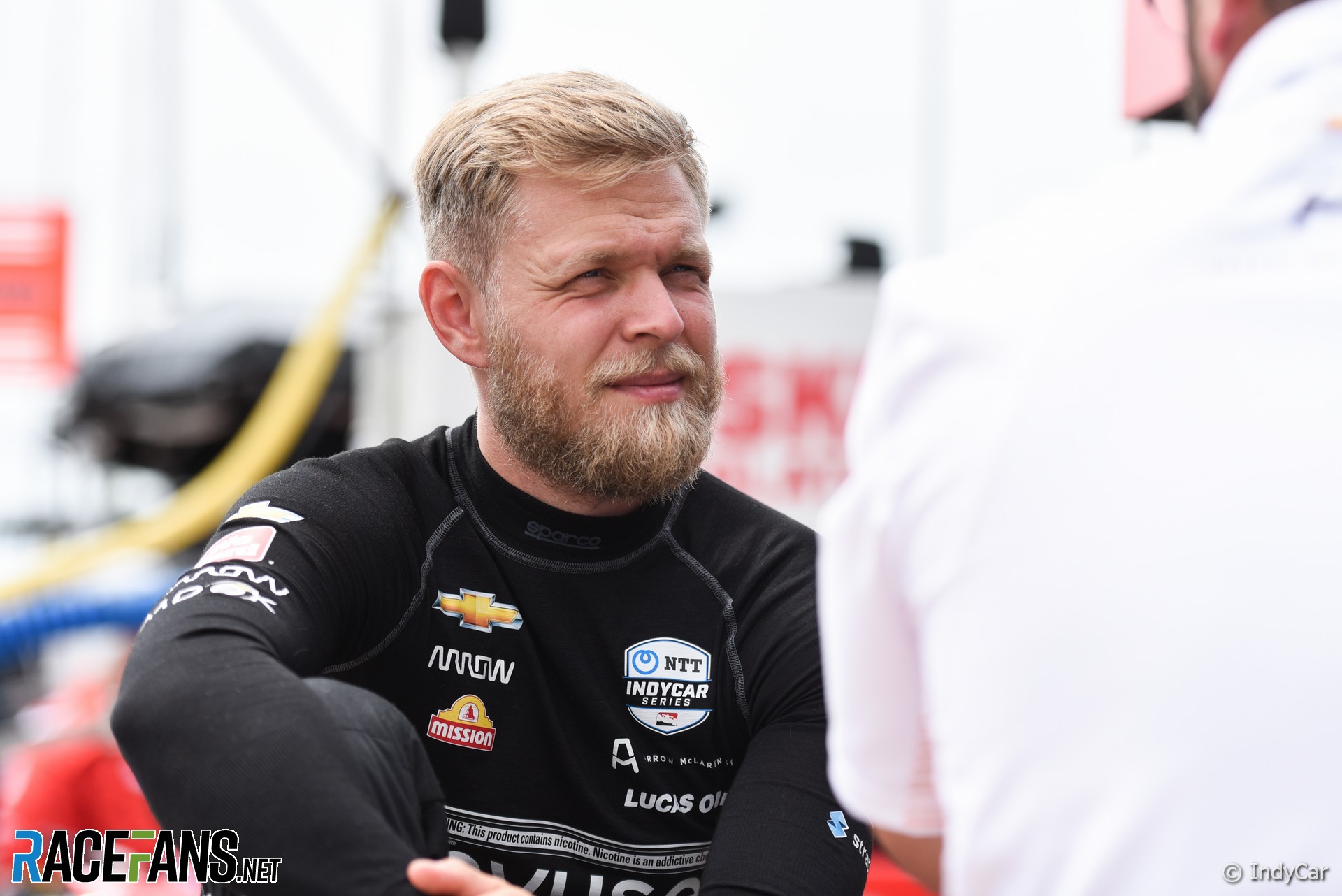 Haas F1 driver Kevin Magnussen says he was surprised by how difficult an IndyCar was to drive during his one-off race at Road America last year.

After losing his drive at Haas at the end of the 2020 season, Magnussen raced in the IMSA sportscar championship in North America for the 2021 season with Chip Ganassi.

Magnussen was also given the opportunity to race with McLaren SP in the Road America race in place of Felix Rosenqvist, who was sidelined after a violent crash in Detroit. Despite having never driven an IndyCar prior to the weekend, Magnussen briefly led the race following a yellow flag period while out of sequence in his pit stops until he had to retire due to mechanical problems.

Magnussen admitted the IndyCar took some getting used to compared to his experience of driving in Formula 1.

“The big thing for me was driving with no power steering,” Magnussen explained. “It just felt so alien to me.

“I’d become used to the feeling of driving a Formula 1 car, which is so different to an IndyCar. So when I got that opportunity, it was like a couple of days before the event. So I didn’t have time to do anything. No simulator, no testing before. So my first time in an IndyCar was in free practice one and there was only two practices. I said yes because why the hell not? It was tough.”

Asked if he had found the level of competition in IndyCar to be as intense as in Formula 1 during his one-off appearance, Magnussen said “absolutely”.

“I mean, completely,” he continued. “They are so good, these drivers.

“It’s just that it’s two very different things, you know. I went there and I really struggled. I think I was surprised at how difficult that car is to drive. It’s so different, so you can’t really compare. I don’t think it’s easy.

“But it certainly is unbelievably competitive. Some of those drivers are super-high level.”