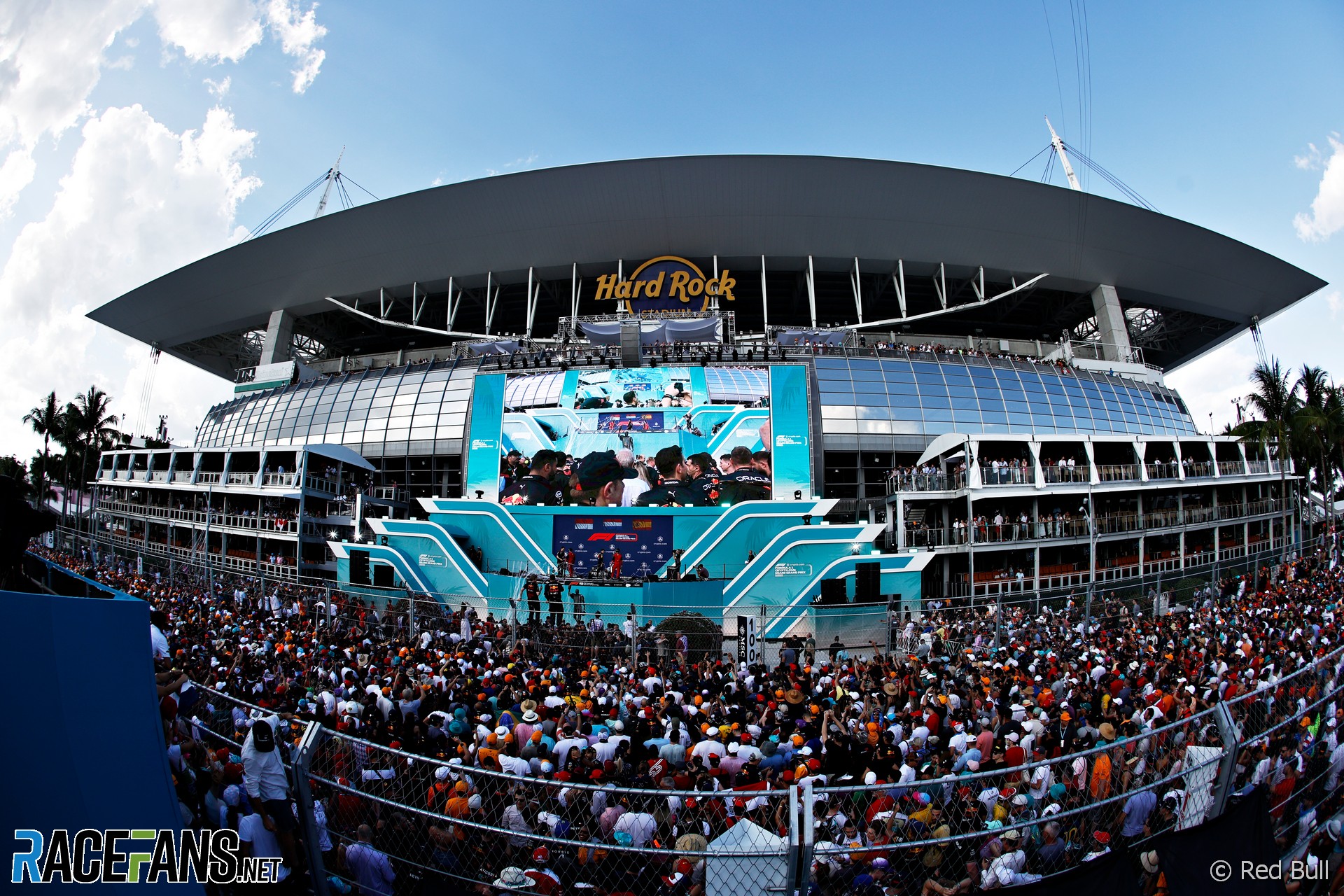 Formula 1 is enjoying rapid growth in popularity because it has moved away from an economic model which targeted older, wealthier fans, according to the president of its owner, Liberty Media.

Greg Maffei was responding to criticism from former F1 CEO Bernie Ecclestone who has claimed the sport has become too ‘Americanised’ since Liberty bought it from CVC Capital Partners in 2016.

“Bernie has to say something,” Maffei told Bloomberg. “That’s how he operates.”

Ecclestone began his takeover of F1 in the seventies and turned it into a global sports brand which Liberty bought for $8 billion. Maffei said the sport had stagnated in its latter years under Ecclestone.

“Bernie deserves massive credit for building the sport,” he said. “He built an enormous juggernaut.

“But the reality is, it didn’t move forward, in our judgement, over the last few years and the audience has stalled. Bernie’s line was ‘I like old rich white guys to pay for the sport’.

“Our view has been that there’s an opportunity to be much broader, to bring in gender diversity, to bring in age diversity. And I think that’s worked out well. And I’m willing to take Bernie’s criticism.”

The sport is showing signs of having finally captured interest in the American market it has long coveted. Maffei said around 300,000 fans attended last weekend’s event in Miami and potential exists for far more to be accommodated in future.

“Frankly our partners constrained the audience, constrained the attendance because they want to make sure they got it right in the first year,” he said. “I suspect it’ll be bigger in future years. There clearly was more demand.

“Now we’ve launched Las Vegas to a lot of acclaim, which will start in November ’23.”

Liberty Media been more willing than Ecclestone to spend money on F1 and broaden its appeal to new audiences, said Maffei.

“We’ve invested. Maybe it helps that we are an American company, but we’ve invested the time in building a great experience.

“We’ve done a lot to try and open the sport up. It used to be a fairly closed sport, very little containment, very little product was released. Now we’re the fastest growing sport on social media.

“We’ve had fan experiences. For example, a few years back we had the cars drive through Trafalgar Square and attract 100,000 people to come see it in London. Of course, the drivers were supposed to just drive around passively around Nelson[‘s column] and they all did doughnuts, so that kind of stuff is natural and what you want to see.

“We’ve seen obviously the growth of things by opening up like the Netflix Drive to Survive series has caused us to expand the audience. All of those things have been a big positive.”

In 2014 Ecclestone famously remarked he was uninterested in attracting young fans because they were unlikely to buy products advertised by F1 sponsors such as Rolex. Maffei said he was pleased to see the sport is beginning to attract younger viewers.

“At a time when other sports are ageing, we can show by surveys that we’ve not only increased the gender, we’ve brought down the average age of our audience in three years by four years, which is a huge accomplishment.

“We’re seeing massive increases in the viewership here in the United States, up 50% year over year, and then again another 20% this year. So in a time when a lot of sports, because of the changing nature of sports on television, are having declines, we’re having quite the opposite.”

Some have expressed concern that Liberty’s pursuit of more races in America – Las Vegas will be its third – will come at the expense of traditional European venues. However Lewis Hamilton believes there is value to going to new venues and attracting fans from more diverse backgrounds.

“I’m a bit old school. Of course I love the history, particularly in certain circuits.

“We’ve experienced with pandemic no one being there and that’s just no atmosphere. It was like a test day. It was not enjoyable. Now we’re seeing hundreds of thousands of people turn up to the race, energised, excited, keen to learn more.

“So I think the fans are at the heart of what this sport is about, they create it. So for me, it’s, I think, being in cities where we can really engage in communities and actually also have an impact.

“I love the Nurburgring, for example, but there’s not a diverse community there. We’re not actually impacting the place there. Here [in Miami], we can do something. Yesterday, I met a bunch of kids from diverse backgrounds, who now want to get into [science, technology, engineering and mathematics] subjects and so, it’s way cooler for me.”