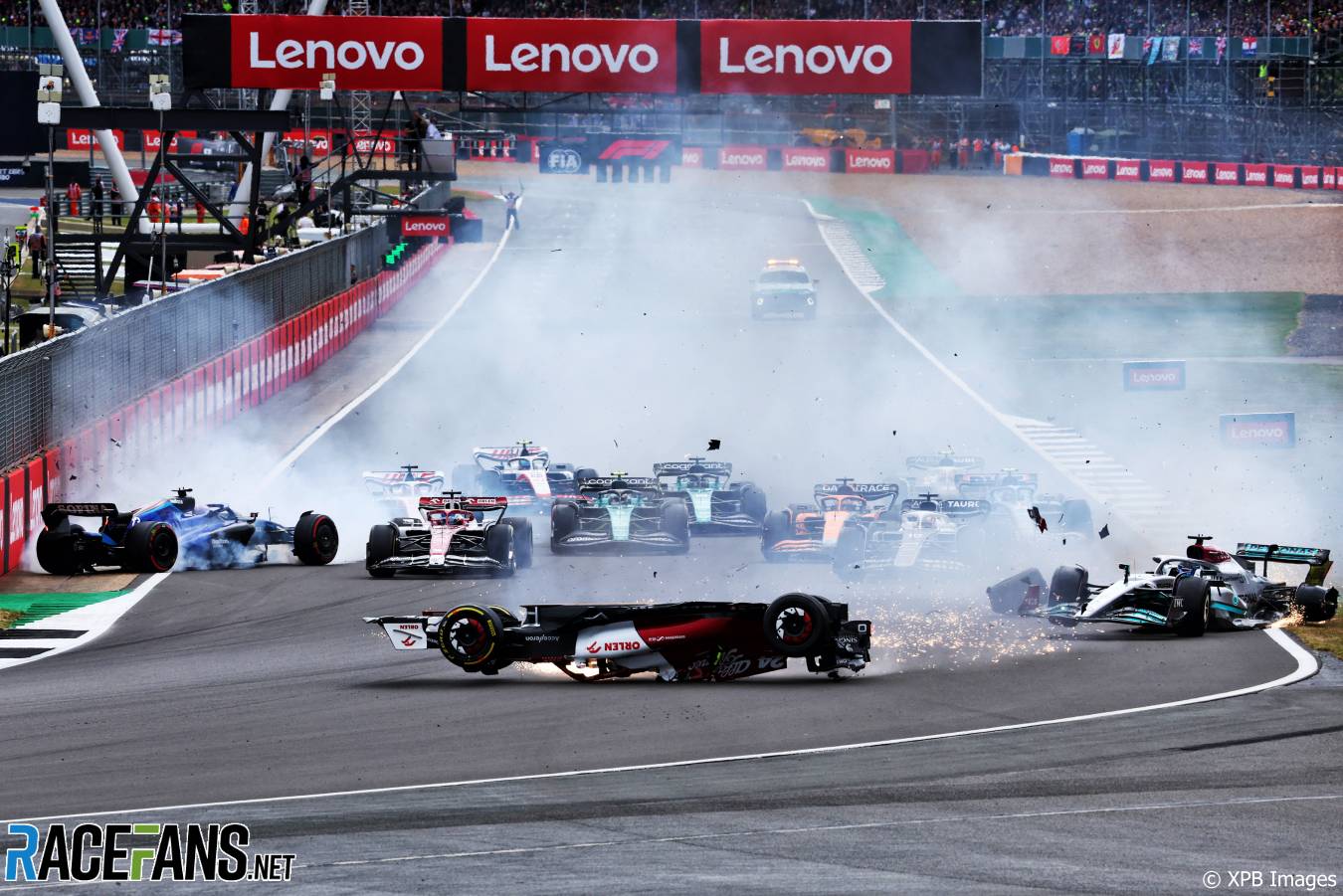 The roll hoop on Zhou Guanyu’s car suffered an impact over twice the magnitude of the maximum load in FIA safety tests during his Silverstone crash, Frederic Vasseur revealed.

The Alfa Romeo driver suffered a violent accident at the start of the British Grand Prix last weekend after being flipped over following contact between Pierre Gasly and George Russell. The roll hoop on Zhou’s car broke in the impact, sending Zhou skidding along the asphalt with only his halo protecting his helmet from contact with the ground.

Alfa Romeo team principal Vasseur says that the team’s initial investigations have shown the force exerted on the roll hoop was over twice the maximum they are subjected to during FIA’s safety tests.

“It’s still under investigation,” explained Vasseur. “We showed the information about the crash with the FIA, we are already into the process of this.

Vasseur says that he is grateful that Zhou was uninjured in the accident and that he had not been placed at risk of a fire at any point during his ordeal.

“For sure we’ll have to take action, on our side and with the FIA, to see how we can improve the safety. But, at the end of the day, I want to stay positive and to say also after a big crash, nothing happened,” explained Vasseur.

“You can’t imagine also what could be the outcome if we [had] a fuse on the car. It’s thanks to the safety decisions that we have no fuel leak on the car, because this would have been by far the worst-case scenario.”

With team principals having discussed the prospect of increasing the budget cap on teams for 2022 in reaction to worldwide inflation during a meeting of the F1 commission on Friday, Vasseur says the heavy accident damage will not give Alfa Romeo concerns with their own budget this season.

“I won’t go to the bank to make a loan to pay the parts. It would mean I would have to find savings on the development or on some other topic, but we’ll have to deal with it and we will be able to do with it.”