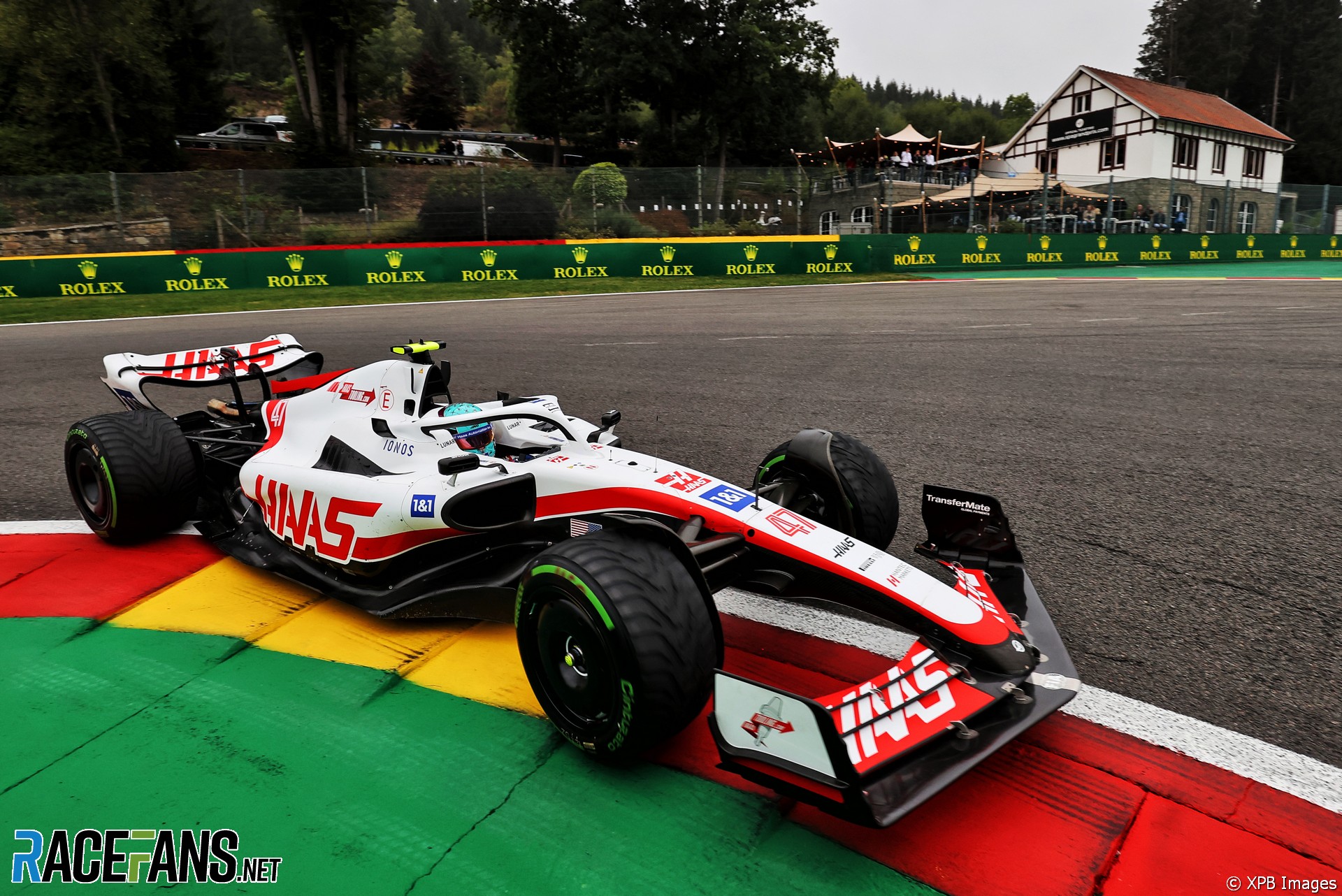 In the round-up: Haas team principal Guenther Steiner says the next three races will be important for their decision over who to run alongside Kevin Magnussen in 2023.

Magnussen is contracted to race with the team in 2023, but team mate Mick Schumacher’s future remains uncertain. Asked if the triple header of races will have an impact on which driver they run in 2023, Steiner said “sure, they’re important.”

“We watch everything,” he continued. “We stay calm, we don’t panic. No need to panic in the moment.

“I think in general, if we can score a few points the next races, it would be good for us again. Because I think we have got the potential to do it. We just need to always execute a good race weekend.”

Schumacher will start last today after his grid penalty while Magnussen lines up 12th.

Formula 2 driver and Alpine junior Jack Doohan said it would be “amazing” to be given the opportunity to drive in a free practice session for Alpine.

Doohan has tested the team’s 2021 car along with fellow Alpine junior driver Oscar Piastri, who is currently embroiled in a contract dispute with the team over plans to join McLaren as a race driver in 2023.

“I’m focussing on my campaign ahead and currently that’s Formula 2,” said Doohan. “If that opportunity arises to a few FP1s for the remainder of the season, that would be amazing.

“I have quite a job to do for the rest of the season to ensure that I can finish as high up in this championship as I can, and then I’ll worry about that when it comes.”

Enzo Trulli was disqualified from a 16th-place finish in the FIA Formula 3 sprint race at Spa after his Carlin team made alterations to the rear wing of his car during the red flag period.

The F3 sprint race was suspended for barrier repairs after a crash between Zane Maloney and Oliver Goethe. Although some modifications are permitted under red flag conditions, rear wing changes are specifically prohibited.

A simply lovely weekend so far 👌

Although it’s going to be a challenge, with a fast car like we have, I’m confident we can move up in the race @redbullracing 👊#BelgianGP pic.twitter.com/Qj643OiirP

P5 on the grid after penalties. It’s been a tough day but we’re all working as hard as we can to understand where we can close the gap. Thanks for all your support – we’ll come back fighting tomorrow. pic.twitter.com/W9ma28brxa

During the #F1 #BelgianGP GP this weekend, the FIA Remote Operations Centre at our Geneva Headquarters continues to support trackside operations as it has since the start of the season. It is directly linked with Race Direction and its capabilities will continue to be developed. pic.twitter.com/kV5XhltslV

So, here we are, watching Q3 at magnificent Spa-Francorchamps knowing the order on the timing screen will have little to do with actual front of grid positions. Latest #F1 catch-phrase: 'Net Pole'. #BelgianGP

Glad both those guys are fine and safe after that one. 🙏🏻 #F3 #BelgianGP

seb talking about how he got to the circuit this morning pic.twitter.com/68WSvm4q9V

Hello from Spa! Down to Eau Rouge and up Raidillon is crazy steep, do not get the sense of just how steep on TV #f1 #BelgianGP pic.twitter.com/dJdM8DxsFU

"Even the scriptwriters on Drive to Survive would have struggled to conjure the Australian soap opera transfixing the Formula One paddock this summer. As pained and raw as Daniel Ricciardo’s recent video message was, confirming that he had, at 33, agreed a 'mutual' termination of his McLaren deal a year early, it barely hinted at the melodrama bubbling beneath the surface."

"I think that it was just good to do laps to be honest. There are pros and cons, it’s still a bigger deficit trying to go from the F1 car to F2, but I guess one of the good sides of doing it was that I got to do quite a few laps of the track."

"It was super important to break the DRS. That was kind of the aim. I had to push a lot in the first lap, which is not ideal because obviously we just came out after the red flag and we did one lap, so for all of us it was difficult to build the tyre pressure. So, I think we struggled a bit more than we would have."

"This year, the company has announced a new luxury watch called BR 03-92 A522, in reference to the current Alpine A522 racing car, to complete its existing lineup of Alpine timepieces. The F1-inspired products usually take inspiration from different elements seen on the circuit, like the Alpine car’s chassis, steering wheel, or the Alpine F1 Team’s graphics."

"Automobilista 2 V1.4 is coming out this Saturday August 27h - the new update packs a mega list of game-changing improvements, new features, cars and a great surprise: the 2022 reform of Spa-Francorchamps will available with V1.4 as a free addition to the existing Spa-Francorchamps DLC!"

With Christian Horner admitting he does not recognise the Daniel Ricciardo who is being dropped by McLaren at the end of the season, @rocketpanda thinks future options are limited for the multiple grand prix winner…

I thought him moving away from Red Bull to Renault was a bad move but I can see why he’d have little faith in Honda given their troubles at McLaren at the time, and driving for a factory team with a huge salary would probably feel like the next natural step. We now know that was a bad move, trading a championship winning combo for a midfield runner.

… and then he moved again when the grass looked greener on the other side. That move I never understood as it seemed like a side-step than a step forward, and seemed to trash much of Renault’s faith on building the team around him to go to a team that was already putting their eggs in Norris’s basket. And now he’s being left without a midfield drive, let alone a top one and arguably can’t rely on his ‘potential’ as for two years he’s looked slow.

Personally I think he Alonso’d himself, making odd career choices that perhaps on paper seemed the right choice but have gone the wrong direction. Bit of a shame because he’s a great driver, but clearly more sensitive to the way the car is set up than we thought – or even he thought, apparently. I’d like to see him go to Williams alongside Albon and make a from the ashes kind of rebirth, not just for him but for Williams too. But I think for him it’s Alpine (who really have no reason to take him) or out the door.
Adam