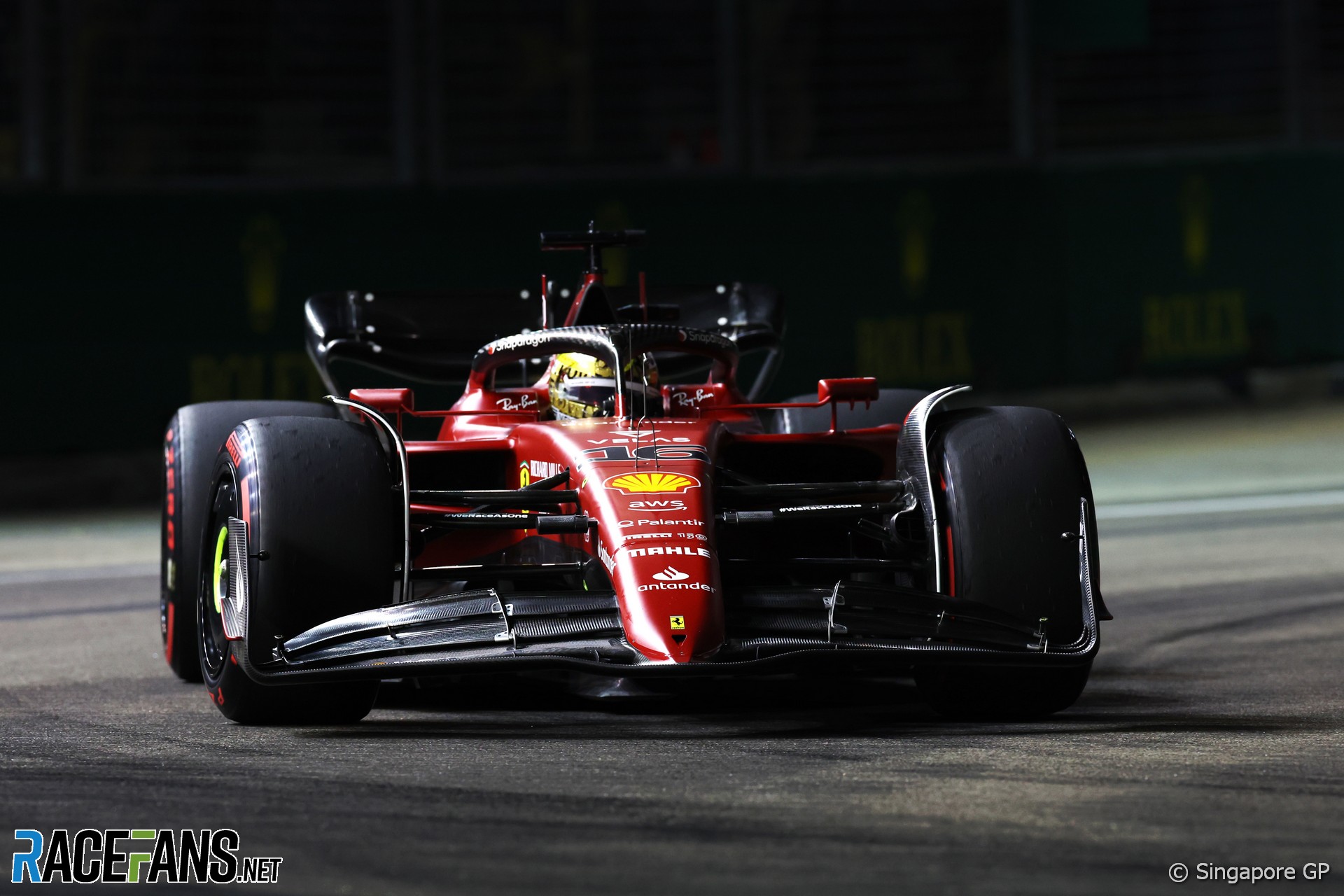 From the order of the team garages in the Marina Bay pit lane to the look of the cars inside them and even the drivers who occupy those cars, a lot has changed in Formula 1 since the last time the Singapore Grand Prix was held back in 2019.

Three years ago, Lewis Hamilton was on his way to a sixth drivers’ world title in one of his most dominant championship victories of his career, while Sebastian Vettel claimed his 53rd and likely final grand prix victory.

While the layout of the five-kilometre circuit remains the same, many of the roads that form it have recently been relaid for Singapore’s 13th world championship grand prix. This fresh surface could play a crucial role in Saturday’s qualifying.

Max Verstappen has never taken a pole position, win or fastest lap at Singapore, but he arrived at the street circuit the overwhelming favourite on the back of a five-race winning streak. But as Friday’s running came to an end, the man who needs a victory on Sunday to have a chance of clinching his second title with five rounds to spare had to settle for fourth in the timings after just a single late flying lap on soft tyres.

Despite being over three tenths of a second down on pace-setter Carlos Sainz Jnr, over a tenth from Charles Leclerc and trailing George Russell’s Mercedes too, Verstappen was typically unruffled.

“I think it started off quite well in FP1,” Verstappen said. “The car was working quite well.

“Then for FP2, we wanted to try a few things, but they just took a bit longer to change, first of all. And then we wanted to try something else and again that took quite a long time to learn to change again. So we couldn’t really run a lot. That’s why I think it’s not really representative what we showed in FP2. Of course there’s still a lot of room for improvement. But it’s not the worst thing.”

It’s been a difficult few months for Ferrari, who have seen their slim hopes of a championship fightback over the second phase of the season wilt away even further with every weekend that passes. But after securing a home pole position at Monza, Ferrari’s single-lap pace on Friday gave Sainz and Leclerc confidence they should be able to fight for the top spot on the grid again on Saturday.

“We still need to do some work and find some lap time, especially for the long runs,” said Sainz. “It seems we are up for a tight battle at the top so we need to try to maximise every aspect of the weekend.”

Having missed half of the second session of the day as the Ferrari mechanics worked on his car, Leclerc still managed to beat Verstappen’s sole lap on the softs with his final flying lap of the hour.

“We’ve had quite a bit of problems and very limited running, so we need to catch up in FP3. But it seems like the performance is good, so that’s a good thing. But we still need to do a step from today to tomorrow and hopefully more running in FP3 tomorrow to get ready for qualifying.”

Behind the two Ferraris at the end of second practice was Russell’s Mercedes. That was after he had lightly bumped the barriers in the first practice session, then nearly emulated his mistake in the second. Russell admitted that it had been pushing the limits “more than I’m normally used to doing”.

“It’s very tricky out there,” he said. “It’s a really unique circuit. It’s always great to have that challenge in the car.”

With team mate Hamilton claiming Mercedes were around a full second off the pace at the end of the first day, Russell is not taking his third position as indicating of his team’s true position in the order.

“If you go through and look at the data, I think Charles did his fastest lap on the medium tyre,” Russell explained. “I don’t know where the Red Bull drivers were, so on paper it looks okay, but I’m pretty confident that’s not the full picture.”

While drivers were very aware of the challenge that the heat and humidity in Singapore would present, they could not be as certain about the various resurfaced roads that make up the circuit and what kind of grip would be available to them. After two hours re-familiarising themselves with the 23-corner circuit, it became clear that track evolution will play a major factor in qualifying.

“I was pretty impressed with the grip levels today,” Russell explained. “They’ve resurfaced the track in a number of areas and the new surface is really, really grippy. It’s a shame that all of it wasn’t done, but for sure it’s going to continue to evolve. In qualifying I’m sure for Q1 to Q3 it’ll be a big improvement.

“I think it’s going to be one of those that if we can absolutely nail it, there’ll be a huge amount of lap time we can find in qualifying – and, as we know, it’s normally a qualifying [dependant] race.”

Whoever dares to run last in Q3 could therefore stand to benefit – if they can avoid being caught out by a late yellow flag.

After only one true quick lap attempt on Friday, Verstappen says Red Bull’s overnight work will be focused on analysing their set up to see if what, if any, changes they need to make for qualifying.

“Around here it’s anyway most important that you’re quick over one lap,” he said. “We’ll analyse a lot of things. We did a little bit of a long run in FP1, so I don’t think it will be the end of the world.”

Having been quickest of all, Sainz can head into Saturday knowing that Ferrari have pace. However, he is not taking anything for granted after a promising opening day.

“Today there were a couple of guys there with issues that didn’t put probably the best possible lap time together,” he said.

“I think tomorrow we all have a lot of margin to improve. So I expect tomorrow to be a lot quicker and I think both the Ferraris, the Red Bulls and the Mercs are going to step it up and we’re going to need to be the ones to step it up the most.”

RaceFans is run thanks in part to the generous support of its readers. By contributing £1 per month or £12 per year (or the same in whicever currency you use) you can help cover the costs of creating, hosting and developing RaceFans today and in the future.