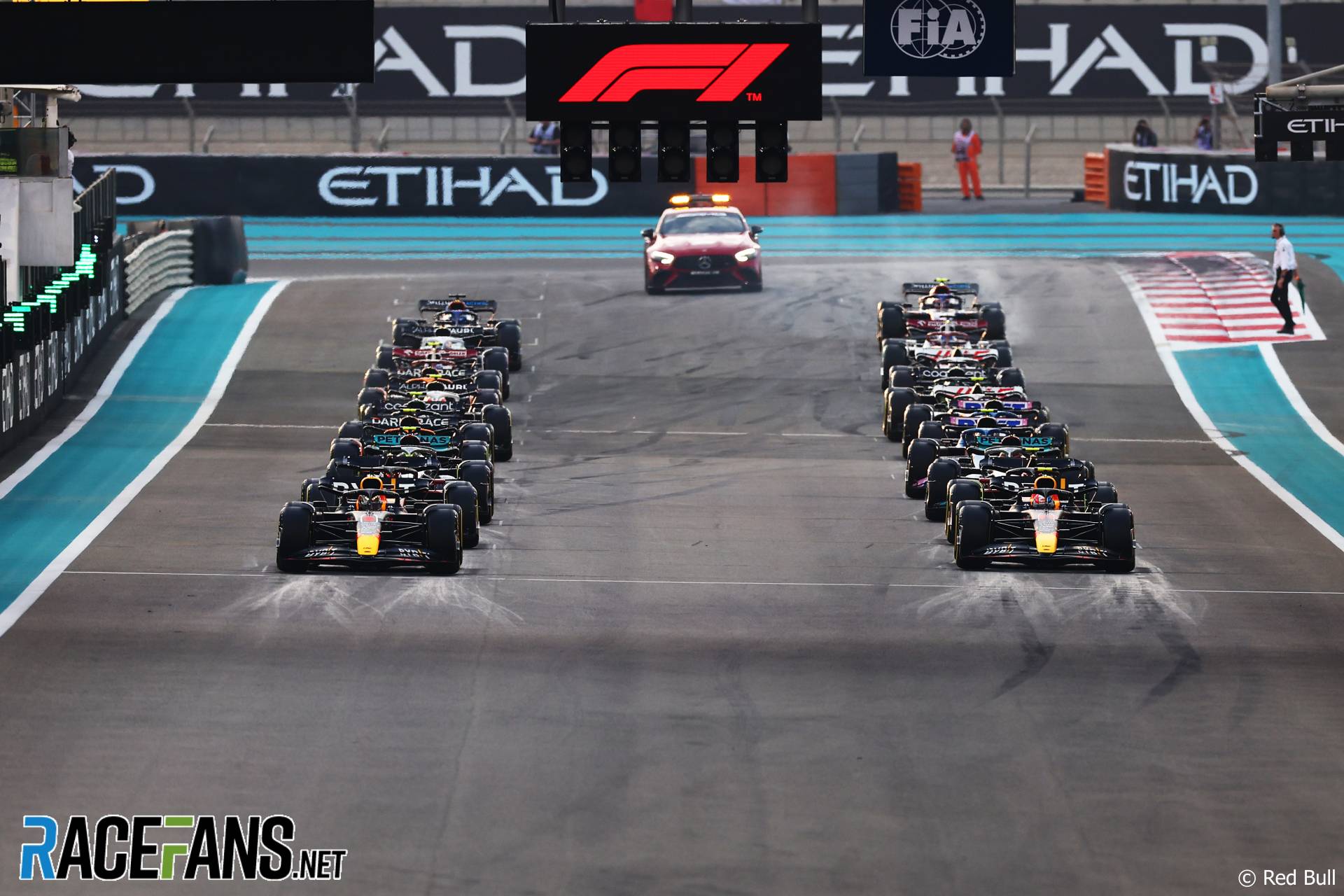 The FIA’s announcement yesterday of a restructuring of its Formula 1 operation is intended to draw a line under a process which began in response to the controversial conclusion to the 2021 world championship.

It will inevitably focus attention on whether the sport’s governing body can reduce the confusion, inconsistencies and errors which created too many problems during races last year.

The FIA embarked on an “analysis and clarification exercise” three days after the 2021 season ended in bitter recriminations at Yas Marina. The outcome appeared three months later as a 3,300-word report which laid out the reasoning for a raft of changes to how the sport’s governing body runs the races which constitute its most prestigious championship.

Race director Michael Masi was removed from his position for failing to enforce the series’ rules correctly in the final lap restart which decided the destiny of the 2021 drivers’ title. But the report also recommended reducing the responsibilities involved in the position Masi held.

“The role of the race director is by nature demanding and high-pressured,” it noted. “A recurrent theme in the detailed analysis and clarification exercise was a concern that the number of roles and responsibilities of the race director that have accumulated over the years might be adding additional pressure to the role.”

“Suggestions made by the F1 Commission, and those interviewed included that some of the race director’s responsibilities should be divided and assigned to other persons to reduce the workload of the race director and allow them to focus on their key functions, including managing and controlling the race,” it added.

This led to several changes which were introduced in time for last season, such as the expansion of the race management team and the creation of a Remote Operations Centre to provide extra support to it. However other key recommendations from the report could not be completed before the end of the 2022 championship.

Yesterday the FIA declared “the reorganisation of the Formula 1 departments is now complete and will be in place ahead of the 2023 season”. A key development is that the role of FIA F1 sporting director, which was announced last March, has been filled. Significantly, the position has been taken by Steve Nielsen, who has four decades of experience in the series and was most recently the sporting director for Formula 1 itself.

For F1, it looks like unfortunate timing for Nielsen’s departure to coincide with motorsport director Ross Brawn’s exit. However RaceFans understands the series proffered Nielsen to the FIA in order to improve the performance of its race control division. This is a telling sign of the dynamic between the commercial arm of F1, headed by Liberty Media, and the FIA which governs its enormously popular series. F1 is evidently keen that the FIA’s drive to improve its administration succeeds, and that the benefit of it will be felt during 2023.

It’s not hard to imagine why. The FIA may have had no choice other than to replace Masi, but doing so was never going to be a cure-all for the underlying problems identified in its own report. Although referees’ decisions are always going to provoke debate, and while there were some improvements in race administration last year, there were also still too many problems.

The new race direction team installed in 2022 won praise from drivers for some of its policies, notably clarifying the grey area of track limits by introducing a hard-and-fast rule: The line is the boundary, no exceptions. This may not have ended arguments over track limits – some errors were spotted too late to be acted upon in time, as in Austria – but it was a clearer system than the messy arrangement which went before. Clearer guidelines regarding racing incidents were also issued and largely followed.

On other occasions the FIA was quick to react to errors by implementing new procedures. Drivers were angered by the decision to send a recovery vehicle onto the track during a Safety Car period in heavy rain at Suzuka, but a swift and detailed report was produced and a new warning system introduced immediately.

Moreover, not all apparent cases of errors by race control during 2022 were necessarily that. Race management were criticised both for delaying the start in Monaco in anticipation of heavy rain and not delaying the start in Japan despite heavy rain. At Monza they were pilloried for ending the race using a Safety Car, but the slower than expected recovery of a crashed car left them no alternative under the rules which on that occasion were followed, unlike in Abu Dhabi the year before.

But, with the best will in the world, there were also too many times when races were mis-handled by those in charge, leading to unnecessary confusion, drivers being disadvantaged and – in the worst case – potentially exposed to added risk.

The confusion over the race which decided the 2022 drivers championship exemplified both the FIA’s challenges and its shortcomings. Verstappen’s second title triumph was overshadowed by a poorly-executed off-season rules change.

The FIA was undoubtedly correct to change a rule which in 2021 saw half-points awarded at the Belgian Grand Prix which officially consisted of no more than a single lap run behind the Safety Car. Unfortunately the new rules introduced as a result did not function as intended.

When Verstappen won a Suzuka race curtailed to 52% of distance, teams and the watching world expected full points would not be awarded, and he would therefore have to wait until the next round to become champion. When this turned out not to be the case, Verstappen took some persuading he had in fact won the title. Crucially, revising F1’s Sporting Regulations will now be the responsibility of sporting director Nielsen rather than the race director.

This wasn’t the only occasion in 2022 when a minor rules change had major implications. The regulations regarding the pit lane exit were tweaked during the off-season, and as a result straying partially across the line no longer triggered a penalty as it once did. Ferrari were unimpressed to discover this only after protesting Sergio Perez when he beat their driver Carlos Sainz Jnr to victory in Monaco.

While the FIA was quick to address the errors which led to a horrified Pierre Gasly passing a recovery vehicle during a Safety Car period at Suzuka, the reason it happened in the first place was that race control had failed to notice the AlphaTauri driver had pitted and would therefore encounter the crane at speed.

Gasly’s team mate Yuki Tsunoda fell foul of another administrative error at Interlagos, with uncomfortable parallels to the Abu Dhabi farce. He was incorrectly forbidden from rejoining the lead lap during a Safety Car period when the FIA system mistakenly determined he had already unlapped himself.

Haas were infuriated by the lack of consistency around the use of the black-and-orange flag, which Kevin Magnussen saw three times for loose front wing end plates, but was not shown to Fernando Alonso for lap after lap at the Circuit of the Americas while a wing mirror worked loose and fell off. A Haas protest against Alonso was accepted but later rejected when it transpired team principal Guenther Steiner had been given incorrect information about the deadline to submit their paperwork by FIA race director Niels Wittich.

These were the headline-grabbing cases, but there was more besides which race control need to address in 2023: The wide variation in the time taken to rule on different racing incidents, disagreement over whether teams should be able to plead cases before the stewards and uncertainty around whether drivers should expect to be advised by race control when they need to relinquish a position to a rival.

With the FIA’s new regime in place, the 2023 F1 season will be the first test of whether it correctly identified the root problems which led to one of its most controversial championship finales ever, and still dogged the series last season. The FIA will expect to see improvements this year, and just as importantly, so will F1.