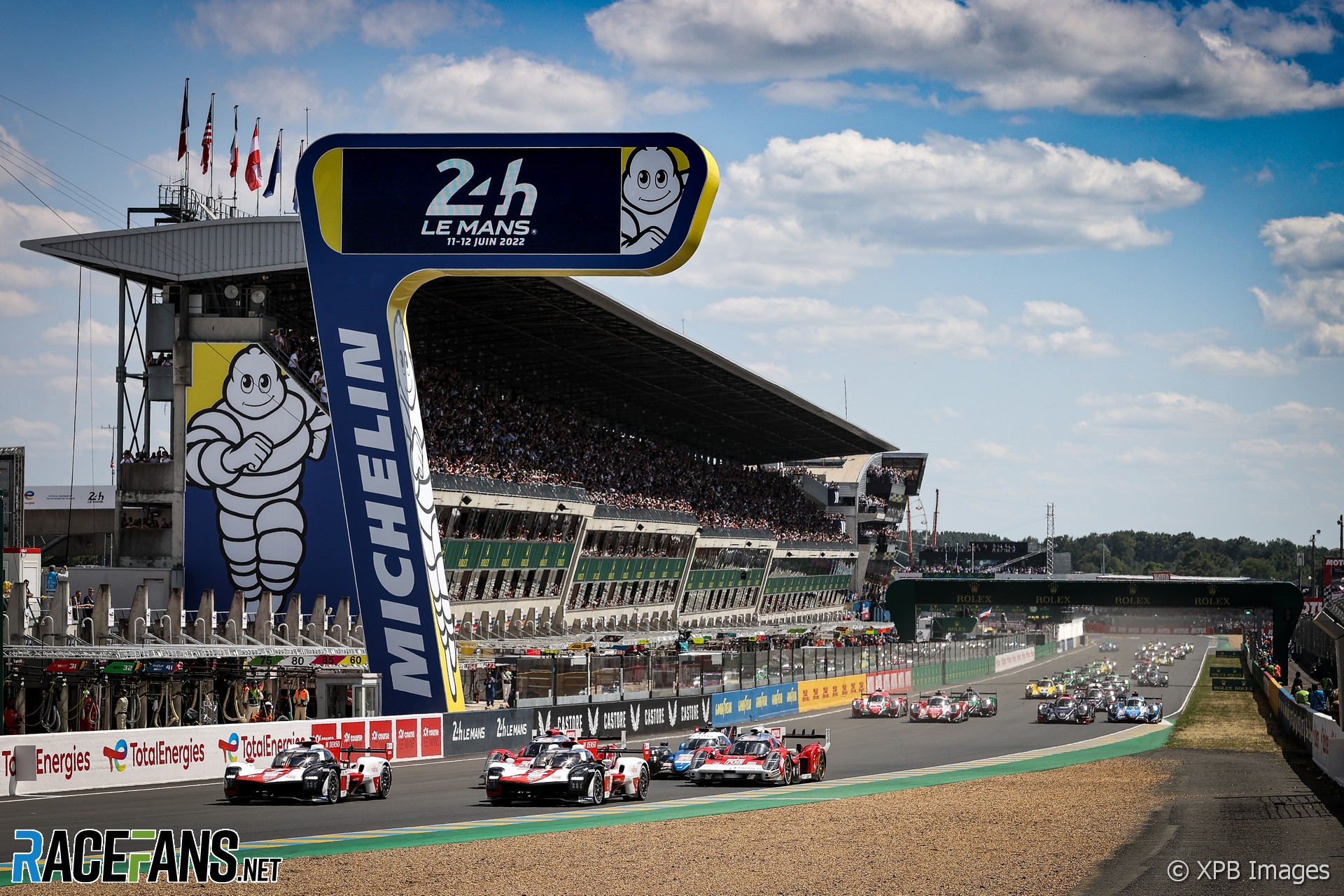 In the round-up: Michael Andretti says the Andretti racing organisation hold ambitions to race in the Le Mans 24 Hours in the future as well as enter Formula 1

The Andretti racing organisation is looking to further expand its operations to include the Le Mans 24 Hours and the World Endurance Championship as well as enter Formula 1.

Andretti, which has publicly announced it intends to submit an entry into F1, is competing in the IMSA sportscar championship in the United States in partnership with Wayne Taylor Racing. Speaking at a press conference ahead of next weekend’s Daytona 24 Hours, Michael Andretti said his family’s racing team also held ambitions to compete in the WEC and at Le Mans in the Hhypercar class.

“One of the objectives is to hopefully have a WEC team out there in the next few years,” Andretti said.

“That (Le Mans) is a definite goal for us. Our goal is to be in every major racing event in the world. And, obviously, Le Mans that’s one of the big ones. And so, down the road, we definitely want to be there.”

The Jordan 191 in which seven-time Formula 1 world champion Michael Schumacher ran in opening practice for his F1 debut at the 1991 Belgian Grand Prix will go under auction in just under two weeks’ time.

Schumacher made a famous debut in the round to stand in for Bertrand Gachot, who was remanded in a British prison after assaulting a taxi driver. While Schumacher qualified and raced in chassis number five, he began the opening practice session in chassis number six, which will go under auction at Bonhams on Thursday 2nd February. The car has an expected sale price of between €1.4m-€2m.

After qualifying a remarkable fifth on the grid in a different car, Schumacher would retire from his debut after burning out his clutch. He would be signed by Benetton for the next round.

The 17-year-old won two of three races over the second round at the Teretonga circuit to extend his championship and advantage earned over the first round to 24 points over Callum Hedge. There are three more rounds remaining, with the next coming this weekend at Manfeild.

"He'll turn 28 before he makes his debut, which could be considered ‘old’ for a rookie – he’s seven years older than fellow rookie Oscar Piastri, who will line up alongside Lando Norris at McLaren, for example. But it is that life experience – and wealth of knowledge about competing in multiple forms of motorsport and fighting for World Championships – that will play in his favour."

"Amalgam is the pinnacle of scale model car manufacturers - and every example is handcrafted in limited numbers. One of their latest releases is the all-new Mercedes-AMG One in 1:8 scale. Now, while the actual car costs $2.7 million, the scaled-down version has you covered for $17,570."

Ahead of Formula E championship, 26 race cars to arrive in Hyderabad (The Hindu)

"The Central government has given special clearance for the racing cars to come directly to Hyderabad. This is huge. Suppose, if it were to land in Mumbai or Chennai, it would take at least 48 hours for the cars to reach Hyderabad and that’s a logistical challenge. The clearance gives us time to focus on other aspects of racing."

"Tickets are on sale now starting at SR100 SAR for the 2023 Diriyah E-Prix, featuring the biggest names in global motorsport and the world’s fastest, lightest, most powerful and efficient electric race on January 27 and 28."

"Shaquille O'Neal, a former NBA champion and MVP, will perform at this year's Snake Pit during the 2023 Indianapolis 500. While O'Neal is a well-known celebrity, he isn't the only big-time name to attend the 500 over the last 20 years. Here are 10 people (with no previous ties to racing) who match O'Neal's star power that has shown up at the Indy 500:"

To everyone saying @iRacing would be a better game than @rFactor2 for @LeMansVirtual…
Well, here you go I guess.
Seems like there is no platform atm that can deliver acceptable quality for good races. pic.twitter.com/SuXTfoNYKi 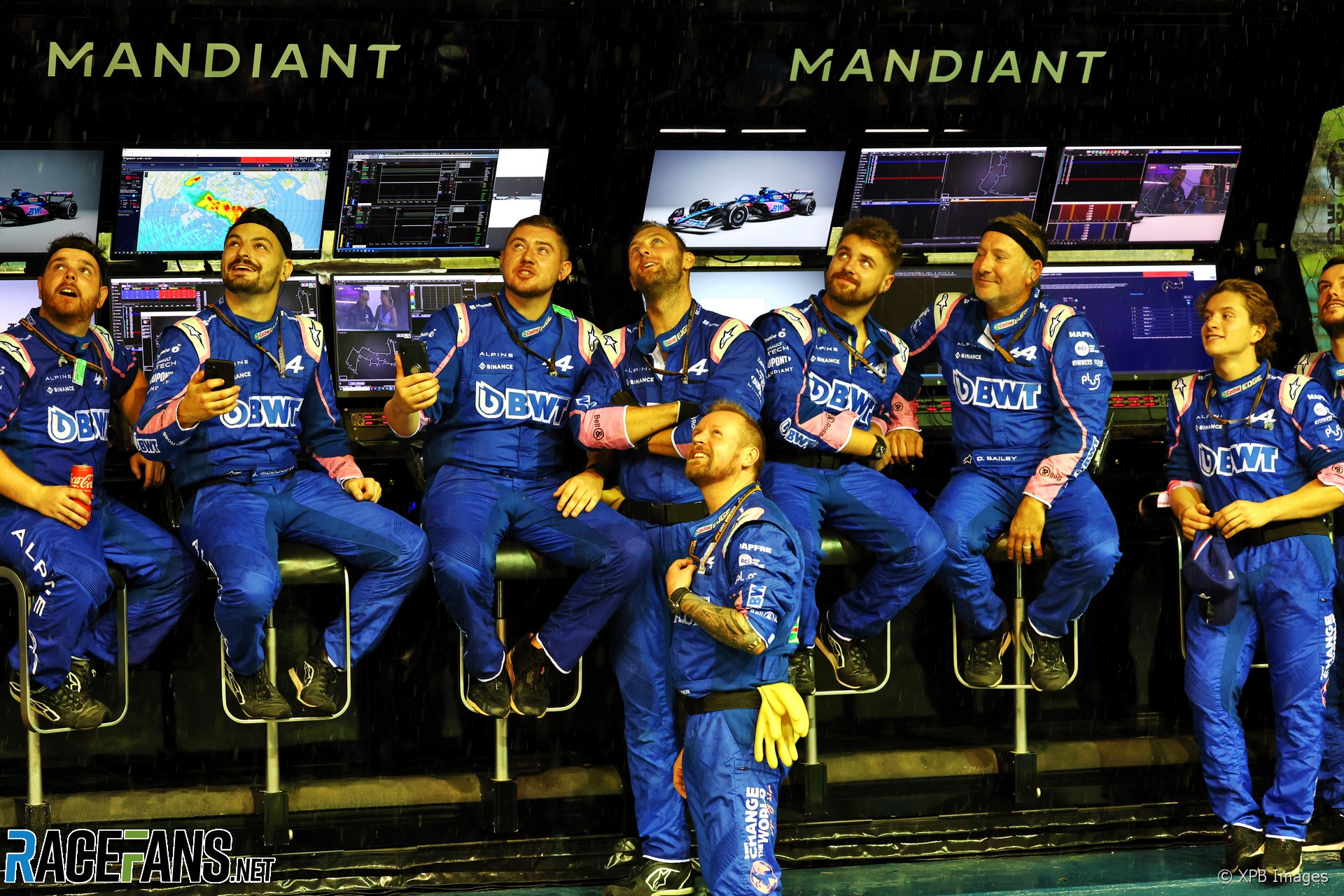 “Oh, so THAT’s what a podium looks like!”
JackySteeg

Thanks to everyone who came up with caption idea this week and a special mention to James Brickles, Stephen Crowsen, Roth Man and Pat Ruadh who all came up with particularly good captions.