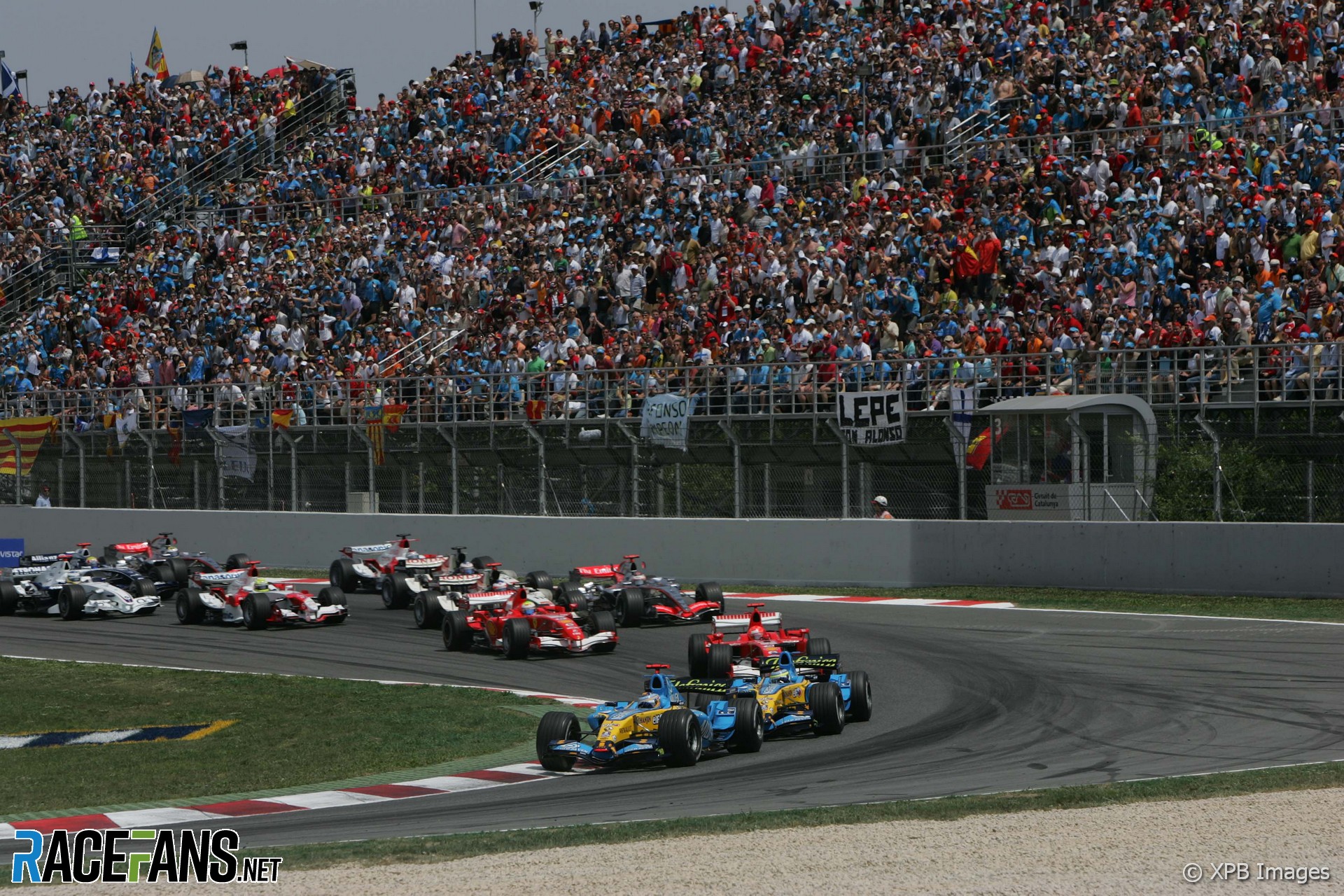 A ferocious, bitter battle for supremacy is being fought in Formula 1. Fernando Alonso and Michael Schumacher have waged war on one another for three consecutive, bruising rounds.

But, such is the nature of Formula 1 in 2006, the blows being exchanged are not the cut and thrust of passing and defending, but quick laps and speedy pit stops.

At Barcelona this weekend Alonso drew first blood, seizing pole position with what appeared to be a stunning lap. But when the first pit stops were made on Sunday, it became clear that Alonso’s pole position was achieved by little more than a light fuel load.

His pace in the first stint was scintillating. By the time of his first stop at the end of lap 16 Alonso was over ten seconds clear of team mate Giancarlo Fisichella. Schumacher, third, was another 2.5 seconds behind.

Schumacher stayed out for another six laps, but never got into the consistently low 1m 17.0 lap times that Alonso had been reeling off. He was, however, fast enough to squeeze ahead of Fisichella, who had stopped on the lap after Alonso. On lap 26 Fisichella speared into the turn three gravel trap before falling back into the clutches of fourth placed Felipe Massa.

The leading quartet were untroubled by the chasing pack. Kimi Raikkonen had vaulted from his dismal ninth place on the grid (with one lap less fuel than Schumacher) past the Hondas and Toyotas to fifth on the first lap. But his McLaren’s woeful lack of pace compared to the leaders was mercilessly exposed: after 16 laps Raikkonen was already 26 seconds in arrears.

Behind Raikkonen, Jenson Button had used his pit stop to pass team-mate Rubens Barrichello, who had held him up in the first stint. Ralf Schumacher had been similarly stuck behind Jarno Trulli, but impatience got the better of him, and a desperate lunge at Trulli at turn one tore the front wing from Schumacher’s Toyota. He retired shortly after.

At the front Alonso led Schumacher by 10 seconds after the first pit stops. As his final stop drew close Alonso turned the wick up, stretching his advantage to 13.4s by the time he dived into the pit lane on lap 40. He resumed second, Schumacher 8.6s ahead, needing a 20 second advantage to jump ahead of Alonso.

But Schumacher never even came close. Five laps later he was in the pits, having extended his lead by barely more than two seconds.

This effectively ended the race and the leading pair began to coast home. Felipe Massa set the fastest lap of the race at 1m 16.6, but it was a one-off quick lap compared to Alonso’s metronomic pace, and it failed to get him ahead of Fisichella.

Raikkonen staved off Button by just two seconds, Button rueing the time he wasted behind his team mate. Juan Pablo Montoya never figured, spinning out while heavy with fuel on lap 19, having qualified 12th and out of the top ten for the first time in 2006. Barrichello, seventh and lapped, trailed Button by around 30 seconds. Nick Heidfeld claimed the final point for BMW.

Mark Webber drove another strong race at the limits of the Williams’ performance, moving ahead of Trulli’s Toyota which was plagued by a fuel filler flap that kept popping open. Nico Rosberg finished 12th ahead of Jacques Villeneuve, who started last after two engine changes.

David Coulthard had a miserable 200th Grand Prix. He started second to last after a water leak pitched him off the circuit in qualifying part one. The race brought no better luck and he finished 14th behind team-mate Klien. Behind them Vitantonio Liuzzi was 15th despite retiring on the penultimate lap with hydraulic failure. Tiago Monteiro and Takuma Sato were the final classified finishers.

Alonso was visibly ecstatic at his win in front of an adoring home crowd of 130,000 – the first time a Spaniard has won his home event. But as much as they relished his triumph, the dull succession of strategic races has been deeply unsatisfying for all.

We have seen thrilling battles between Alonso and Schumacher before – even last year, thanks to the old ‘no tyre change’ rule. With tyre-and-fuel stops de rigeur once more, the two titans of Formula 1 are relegated to mere pawns in a high-speed chess match.