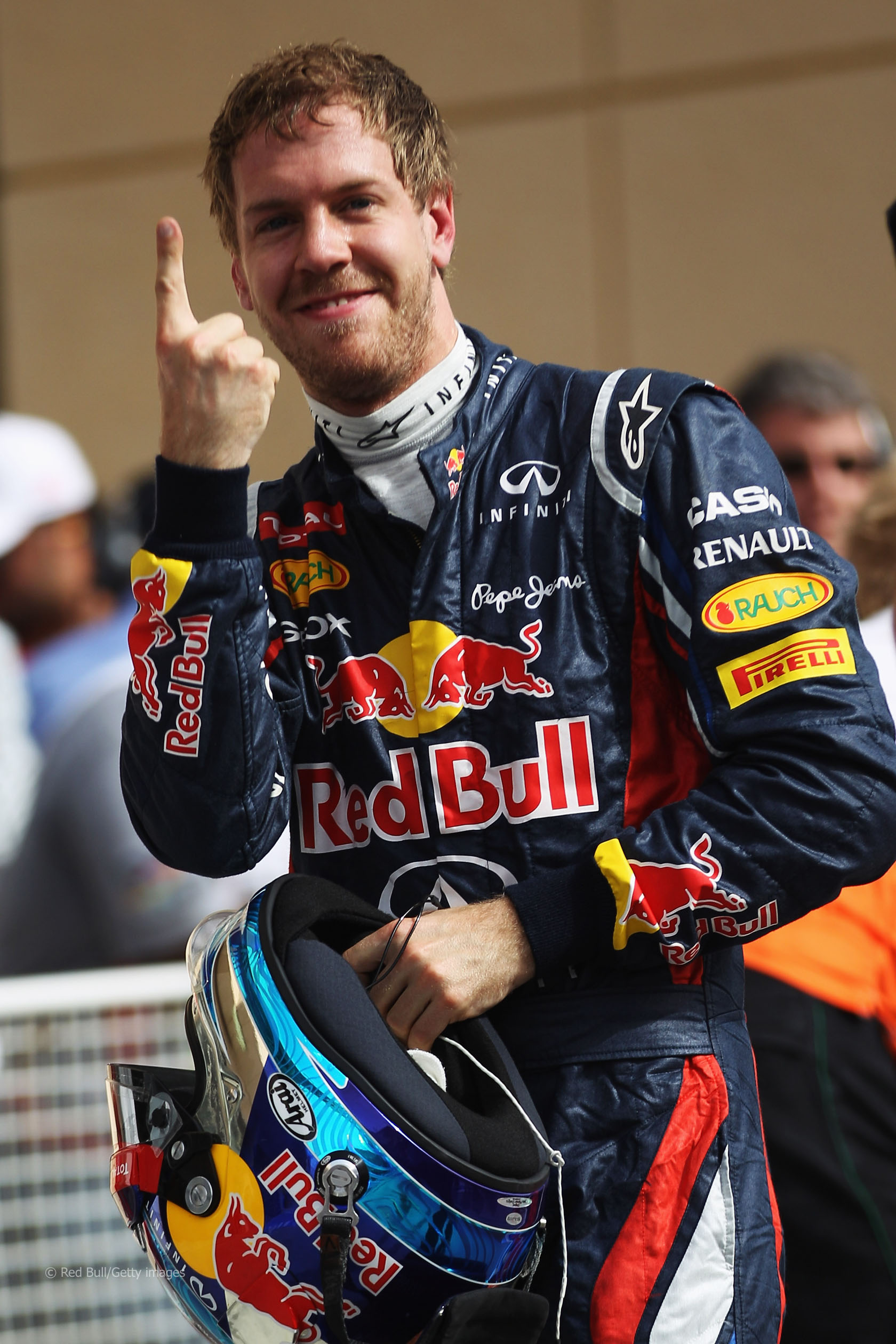 Sebastian Vettel returned to a familiar position as he claimed pole for the Bahrain Grand Prix.

His final effort in Q3 put him at the head of the grid for tomorrow’s race. He will share the front row with Lewis Hamilton.

Their team mates will start behind them on row two as Nico Rosberg could only manage fifth.

A last-gasp effort by Heikki Kovalainen was enough for him to take Caterham into Q2 by 0.013s.

Just as much of a surprise as that was the identity of the driver he knocked out: Michael Schumacher.

Mercedes, along with McLaren and Lotus, elected not to send their drivers out for a second run. In Schumacher’s case, a problem with his DRS prevented him from going out to set another time. They paid the price as Kovalainen produced a superb lap.

For the third race weekend in a row, Jean-Eric Vergne also missed the cut for Q2. Worse, he was seen driving through a red light as he returned to the pits as marshals attempted to direct him into the weighbridge, and is likely to face a penalty.

Once again the closely-matched midfield produced another exciting Q2. With the track improving late in the session, and the changing wind keeping the teams guessing.

Romain Grosjean produced a superb late effort to secure his place in the final ten. But team mate Raikkonen missed the cut by a tenth of a second.

That came due to a last-gasp improvement by Fernando Alonso, who once again managed to get the Ferrari into Q3.

Meanwhile Daniel Ricciardo took the Toro Rosso into Q3, despite his team mate going out in the the first session.

Several teams got just one driver into Q3, including Force India and Sauber. Maldonado did not set a time after a KERS problem.

At the front, Lewis Hamilton pipped Nico Rosberg for the fastest time by a hundredth of a second.

McLaren and Red Bull were the only teams to set times at the beginning of Q3. Hamilton set the early pace followed by Button, Webber and Vettel.

Alonso also left the pits on a set of used softs but elected not to set a time.

Nico Rosberg elected to do a single run and may have regretted it when he made a mistake at the final corner. That left him fifth on the grid.

As they flashed across the line, Webber was first to take provisional pole position, but Vettel snatched it off him moments later by two-tenths of a second. Hamilton split their pair of them for second place as Button fell to fourth.

Ricciardo claimed sixth for Toro Rosso, with Grosjean and Perez the only drivers to set times. Di Resta joined Alonso in not setting a time, and the pair will share the fifth row of the grid.

96 comments on “Vettel back in front with Bahrain pole position”