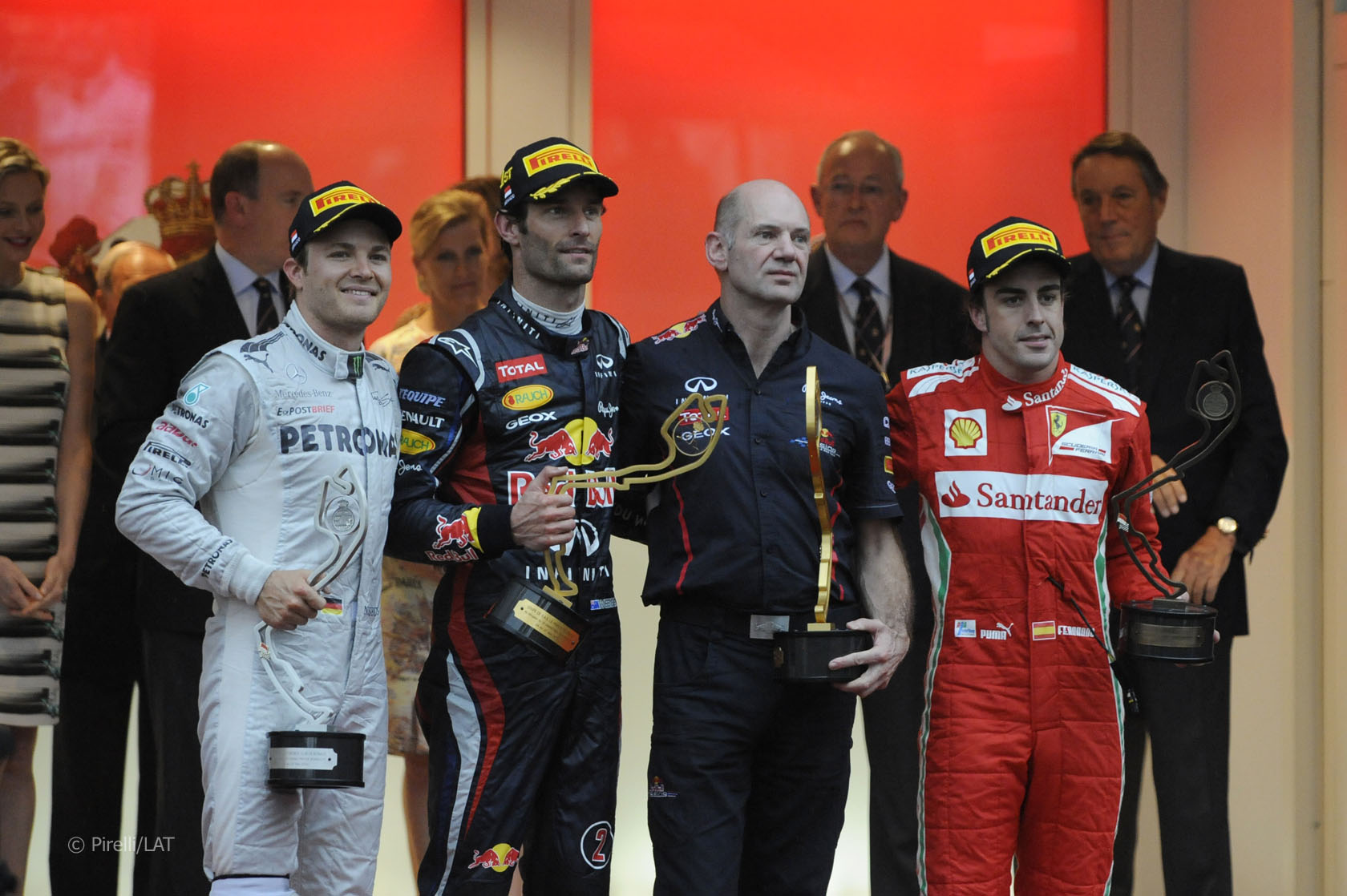 Two players are tied for the lead of the Predictions Championship after the Monaco Grand Prix round.

Carpy3 and Chrissylyn each have 65 points following a difficult round in which most players struggled to score in double figures.

For the second week in a row few players correctly picked the race winner before qualifying started – just 11 (1.2%) named Mark Webber as the winner and 12 (1.3%) tipped him to take pole position.

Here are the four highest-scoring predictions for the last race:

24 comments on “Two-way tie as Predictions Championship closes up”