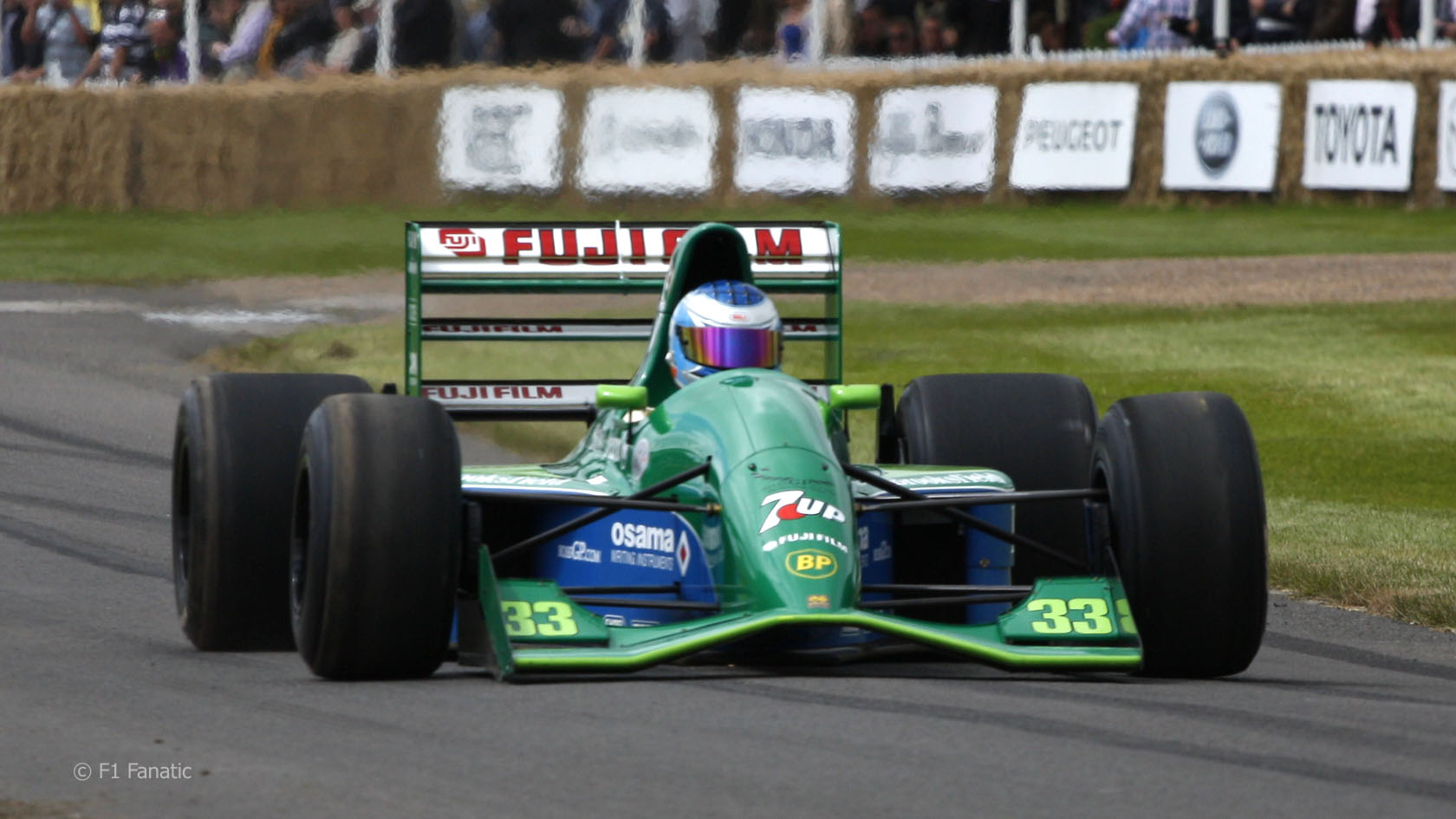 The Jordan 191, often hailed as one of the most beautiful F1 cars of all time, is among the collection of eighties and nineties machines at the Goodwood Festival of Speed.

The first F1 car built by Jordan was used by Michael Schumacher to make his debut in the 1991 Belgian Grand Prix.

There are also a few turbo machines. The 183T marked Alfa Romeo’s switch from V12 to turbo power in 1983. It also saw the team replaced much of their classic racing red with the green hues of Benetton. Unfortunately, the car was highly unreliable.

Another eighties backmarker, the Zakspeed 871, is on show. It appeared on special narrow tyres used by teams during the period to manoeuvre the car more easily in the pits.

You can see more pictures of the Lotuses on show here: