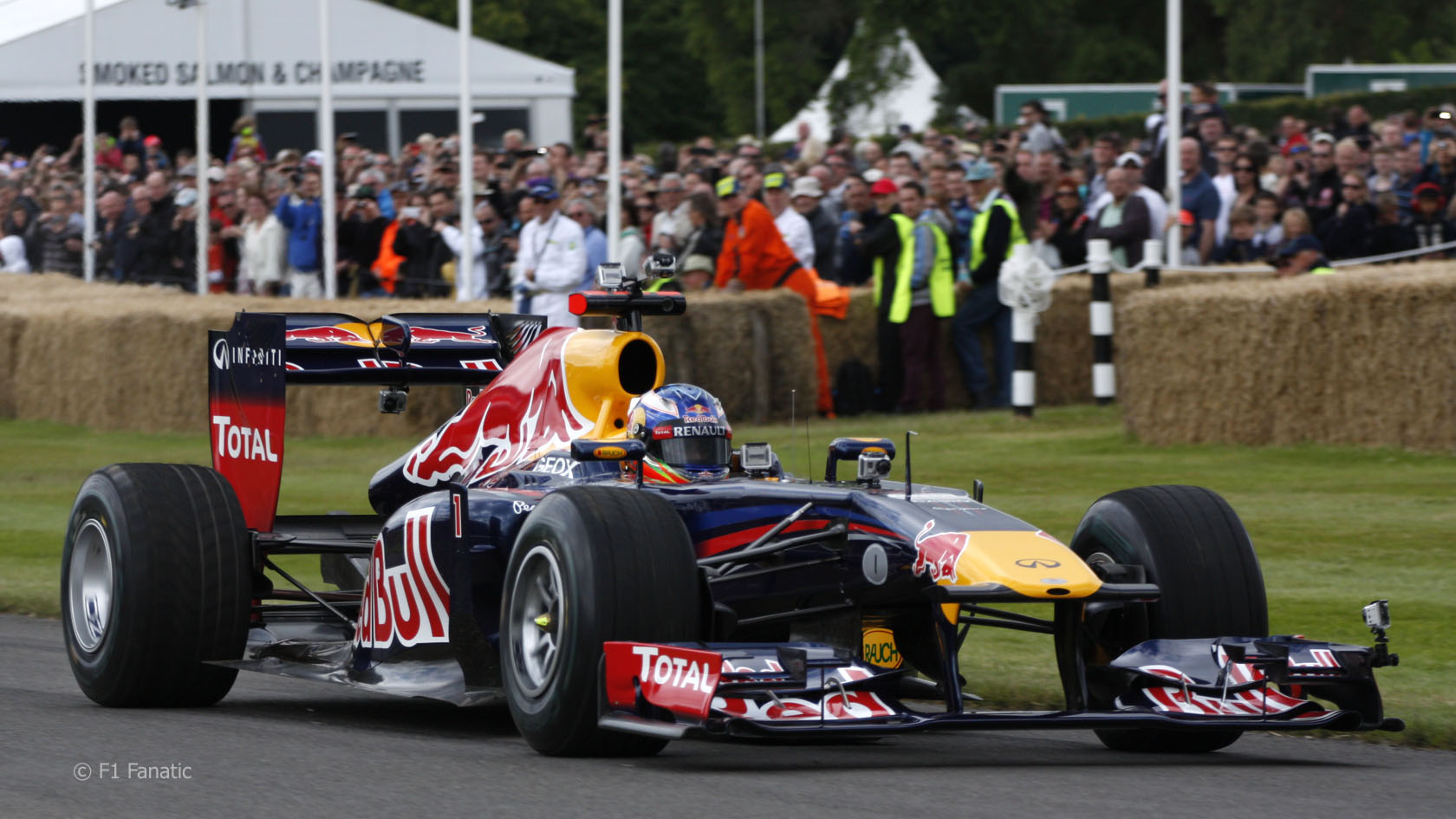 Current F1 teams including Ferrari, McLaren, Red Bull and Mercedes are present at Goodwood with some of their most recent cars.

The Renault R30 appeared in the livery of the current Lotus team, and Caterham ran a T127 from when they competed under the Lotus name two years ago.

Fitting in with the festival’s “Young Guns” theme Williams brought an FW22 of the type a young Jenson Button made his F1 debut with in 2000.