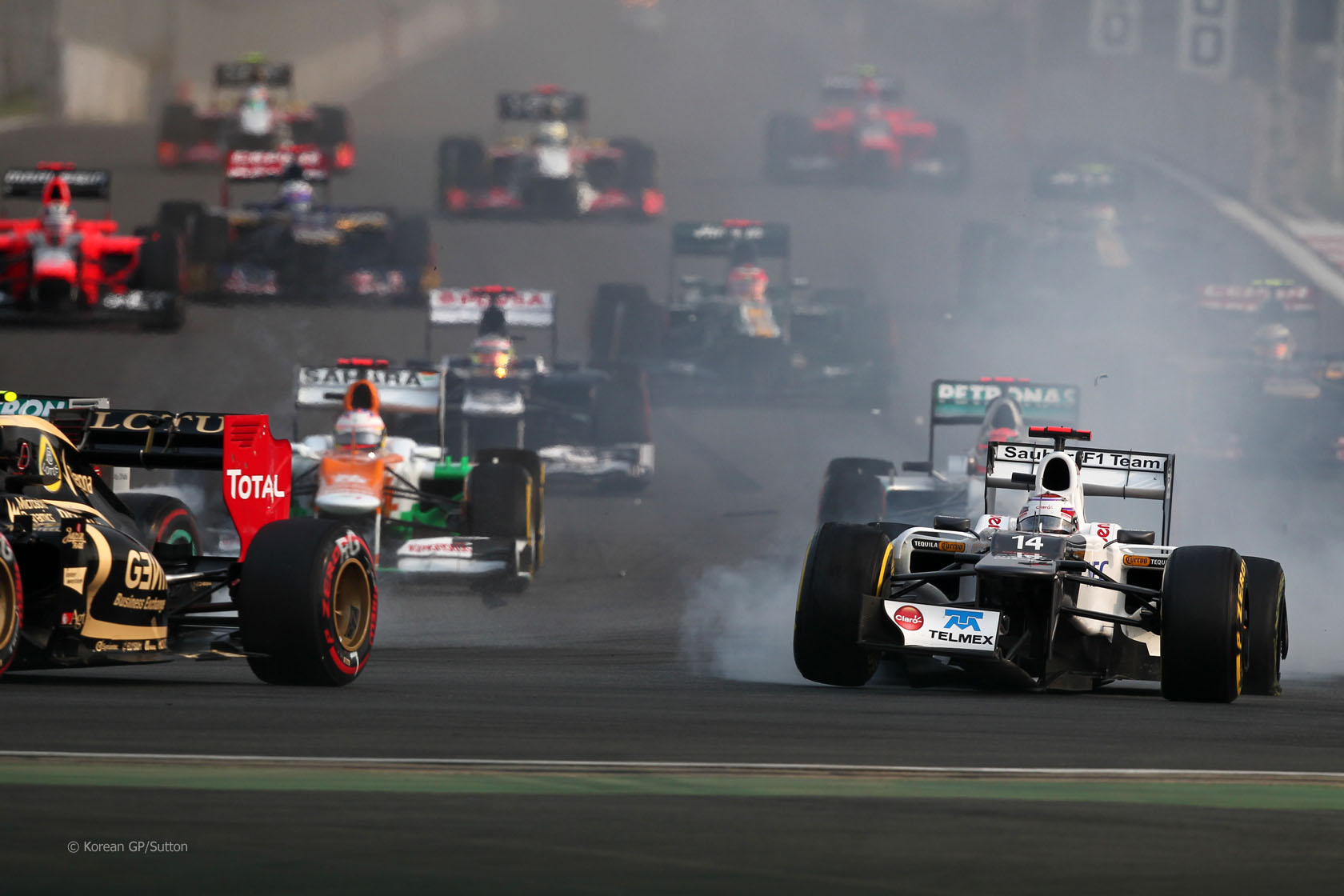 Fans videos from the Korean Grand Prix reveal new angles on the first-lap carnage but also the lack of development going on at Korea’s F1 track.

It was F1’s third race at Korea and there still seems to be little in the way of development around the circuit, as this video shows.

The race promoters did their bit to inject some life into proceedings by riding on the back of Korean rapper PSY’s hit Gangnam Style. Sebastian Vettel seemed rather more eager to go along with it than Mark Webber.

Footage from the beginning of Q1 in the portion of the lap which resembles at street circuit without the city.

The drivers appear for the pre-race parade around the circuit.

The cars stream away from the grid but Webber doesn’t get away well – he has Vettel and Lewis Hamilton gaining on him as they run to turn one.

The cars funnel into turn one and Nico Rosberg is squeezed wide.

Lap one at the chicane

The cars filter through the turn five/six chicane on the first lap, Felipe Massa passing Kimi Raikkonen and the wounded Sauber of Kobayashi limping by at the tail of the field.

Footage of the start and opening laps.

Were you at the Korean Grand Prix? Did you capture any videos? Share them here: