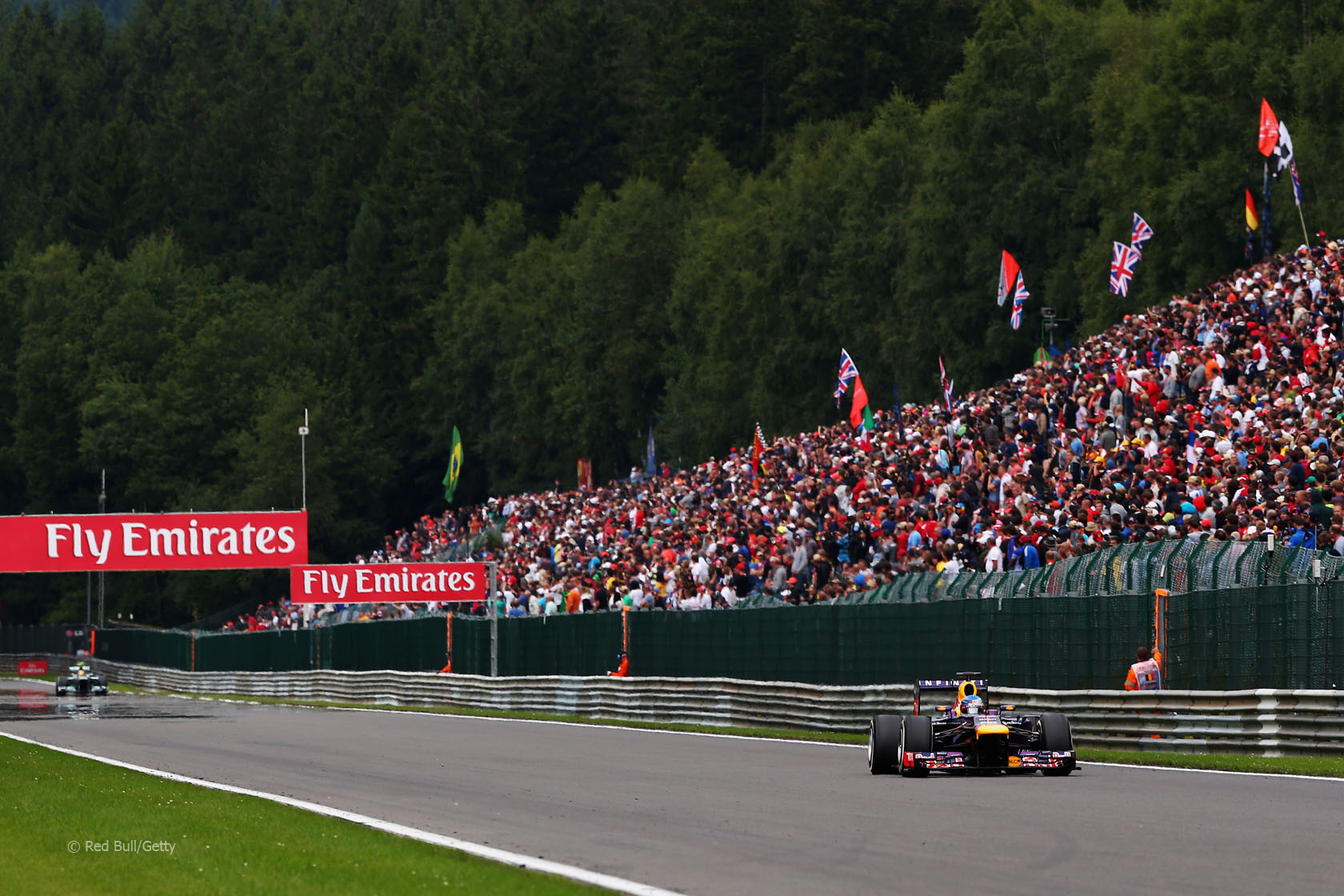 It wasn’t just Greenpeace who got booed at the Belgian Grand Prix as these fans’ videos from Spa show. Plus a new angle on the Maldonado/Di Resta crash.

Drivers give the fearsome plunge at Pouhon extra respect during the slippery conditions at the start of practice.

Adrian Sutil does a practice start.

A static but scenic shot of cars passing through the nameless turn nine and hammering downhill towards Pouhon on one of F1’s most picturesque tracks.

Although the booing on the podium turned out to be directed at someone other than Sebastian Vettel (see below) sadly as in Canada there was another pathetic group who turned up to boo the world champion.

Unusual to see a McLaren and a Caterham adjacent to each other on the grid. Behind Sergio Perez and Giedo van der Garde is Jules Bianchi, who makes a slow getaway.

Pole sitter Lewis Hamilton’s lead only lasted a kiloemtre or two before Vettel surged past.

Pastor Maldonado swipes into both Force Indias after being passed by Esteban Gutierrez. The final contact eliminated Paul di Resta from the race and earned Maldonado a stop-go penalty.

It was a bizarre scene on the podium as Greenpeace protesters turned up with a point to make and FOM did the best they could to keep them out of shot. The first video shows the remote-controlled banners which appeared while the national anthems were being played.

As these videos show the drivers were somewhat confused about what was happening, particularly due to the booing from the crowd which was directed at the protesters who the drivers couldn’t see (though Alonso did spot them at one point).

Fans take to the track after the race.