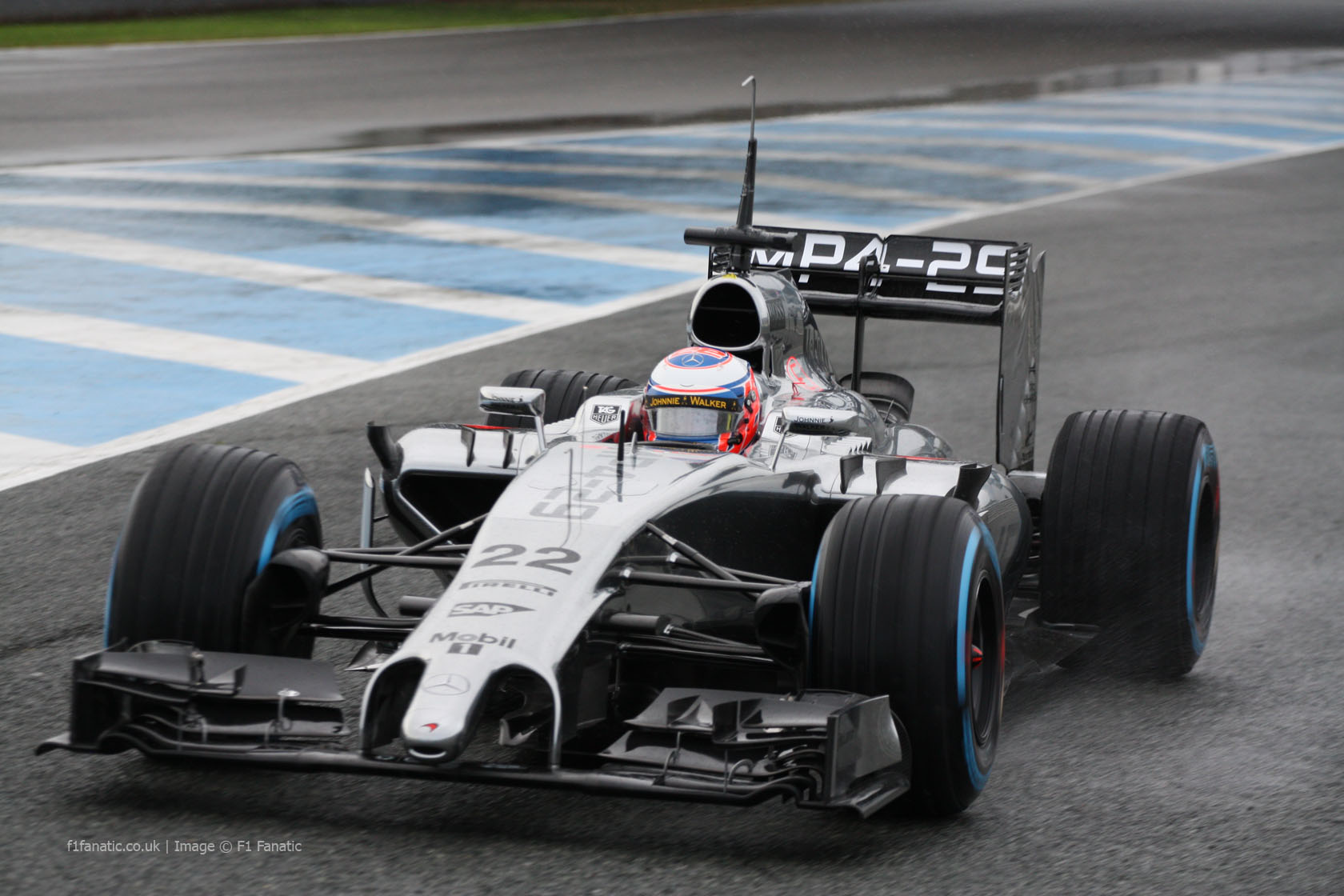 The McLaren MP4-29 has run for the first time on the second day of testing at Jerez.

Jenson Button took the team’s new car out on track for an installation lap shortly after the test began.

The start of the test was delayed by around a quarter of an hour while the track was sprayed with water to improve its suitability for wet weather running.