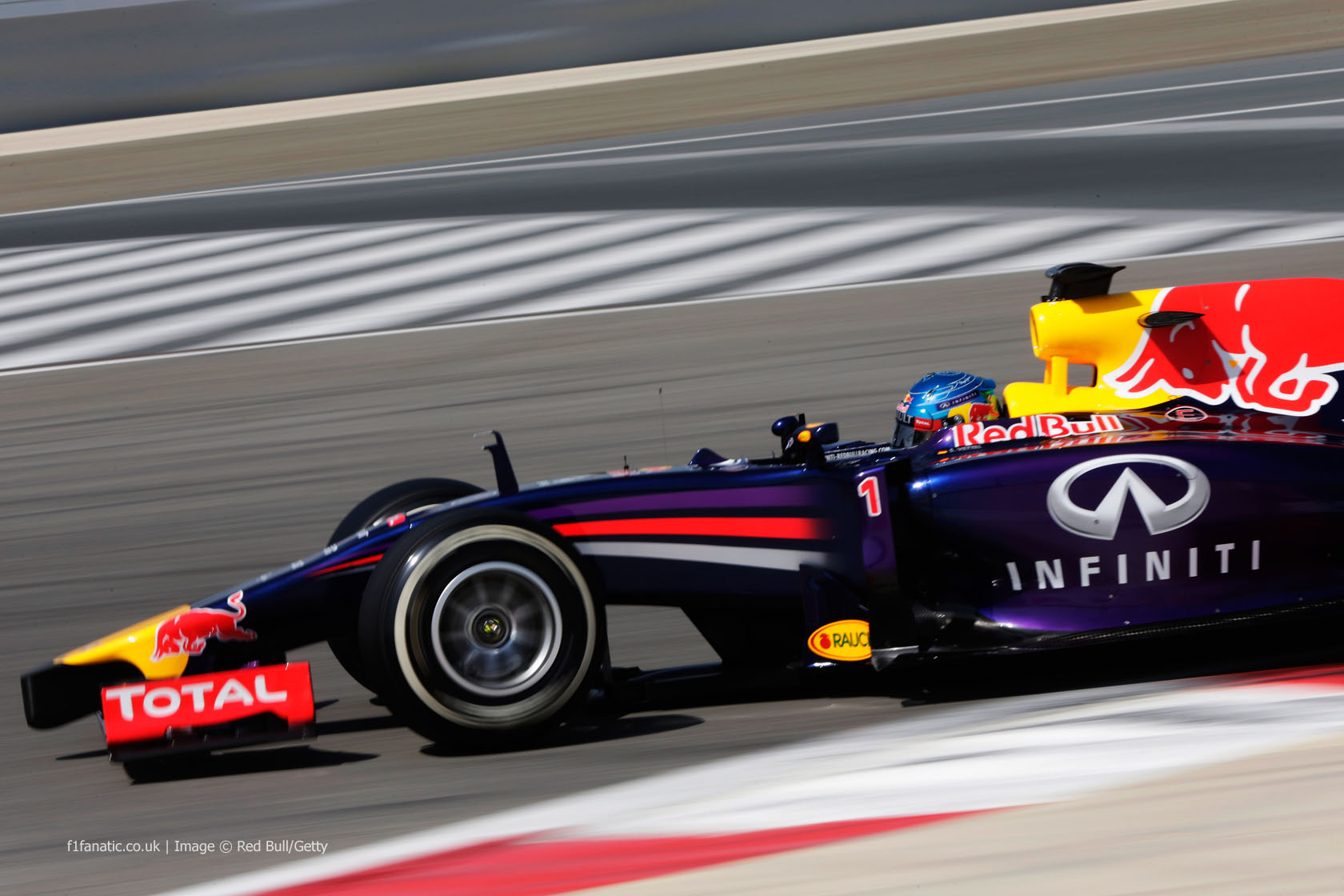 Sebastian Vettel is hoping that upgrades to his car for the first race of the season will solve the problems that have dogged Red Bull during testing so far.

With a little over two weeks until the first race of the year in Australia, Vettel was unable to complete a lap in today’s test after a series of problems with his car.

The world champion is unsure whether the situation will improve significantly tomorrow as some of the parts they need won’t be ready until they arrive in Melbourne.

“It’s difficult to say how long it will take to remedy,” said Vettel. “I think some things will just come down to the fact that in two weeks’ time we’ll have lots of new parts on the car.”

“We’ve had some damage because of the problems we’ve had here and the parts aren’t available overnight, so from that side I think things will get better over the next couple of weeks.

“We obviously haven’t done much running but from the little we have done has been quite promising, so I think once we get going the speed should be OK.”

Race engineering co-ordinator Andy Damerum explained Vettel’s problems today: “Given how well the car behaved yesterday we were anticipating a solid run for Seb today but almost as soon as he went out there was an electrical problem, which meant stopped him on track.”

“We brought the car back, identified the issue, which is one other teams have had but which hadn’t affected us so far, and set about fixing it.

“We got ready for another run but this time the car stopped in pit lane. We brought it back again and discovered a leak, which we thought we could fix but it turned out that it had caused enough damage that we weren’t able to go out again.

“Having run so well yesterday it is frustrating to have had these problems today, but all we can do is keep solving the issues.”