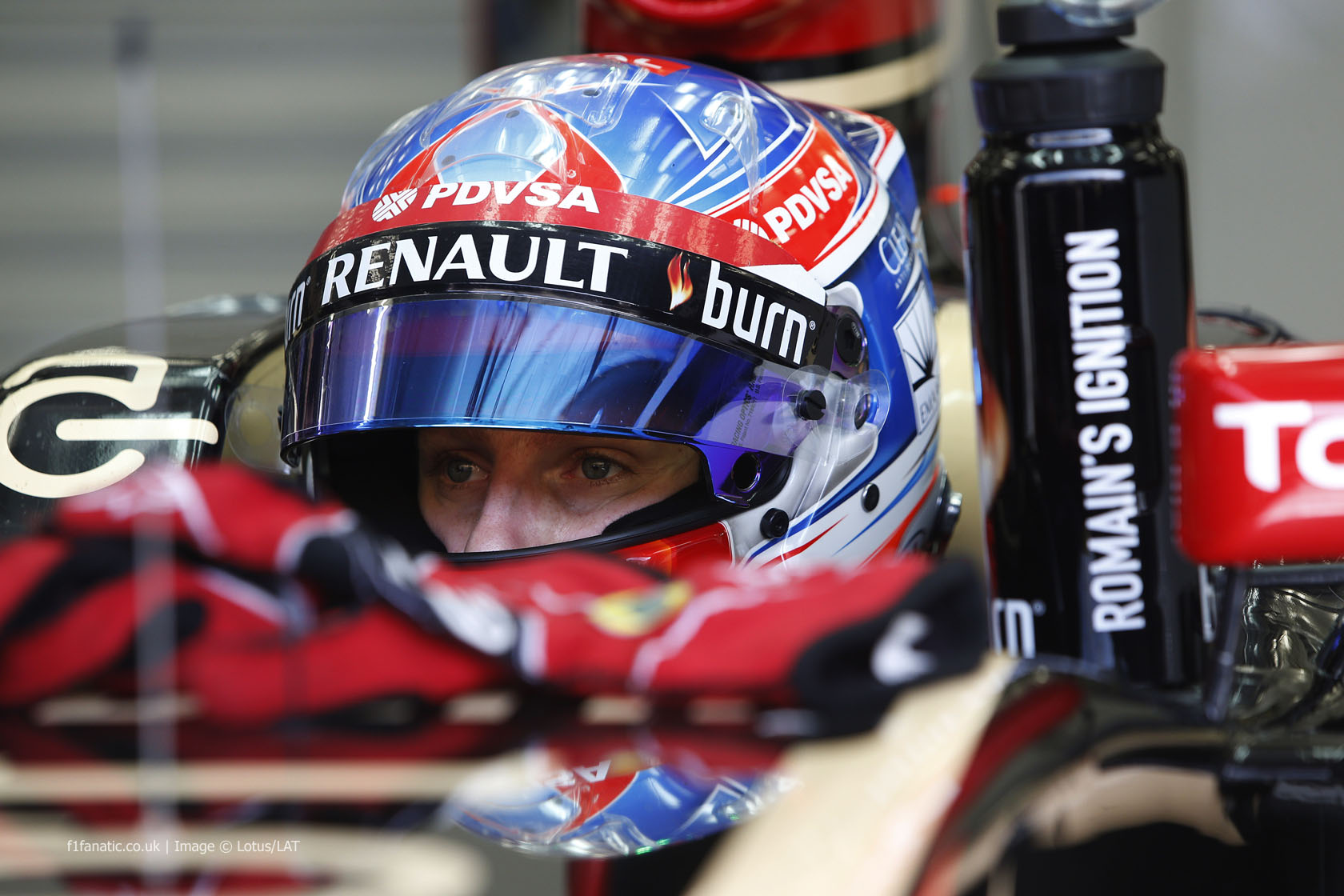 In the round-up: Romain Grosjean expects Lotus to have problems in the first two races of the year.

“It’s not going to be perfect for Melbourne, and probably not for Malaysia, but we will do our best and try to do things as good as we can do them to steadily improve everything.”

Christian Horner: “I’m very confident we’ll overcome the issues; the question is when and how quickly.”

“I find it pretty sad that F1 cars no longer sound like F1 cars. That’s a shame!”

“With the very, very few laps we did, the car felt good.”

“We have two sets of mechanics here – one working through the night, with the other taking over at 7am – and at the end of the night shift they switched on the engine to make sure everything was okay and they heard a sound and they had to change the engine and that took some time and I didn’t get going until about 11:30am.”

“Formula One’s television rights have not yet descended into silly money, like the football rights have for both the Premier League and the Champions League rights have, for which I personally am thankful for, as we still have Formula 1 live on free to air television in some capacity.”

“The decision to hold the Formula One Grand Prix in Bahrain has provided the Government of Bahrain with the pretext to increase its systematic crackdown on protesters, journalists and human rights defenders.”

“Consider that while the Victorian government needs to spend money to promote the event, the Bahrainis actually just print money to do the same. One side of Bahrain’s half-dinar note ($A1.50) features an image of the desert circuit in all its glory. In terms of backing a sporting event, that’s putting your money where your mouth is.”

#F1 Vettel has not only tomorrow to get some mileage but also monday. Red Bull filming day at Bahrain! Perfect timing.

This just fell of the back of @Ericsson_Marcus's @CaterhamF1, exit T3. Not damaged so we returned it to the boys. pic.twitter.com/r5qT00w0KE

Some media running more speculative stories on #Schumacher from people not connected to his care. We're all better off ignoring them. #F1

As the final day of testing begins @SeaHorse reflects on how prepared the teams are for the start of the season:

The more I think that tomorrow is the last day of pre-season tests, the more I feel the teams and FIA could have done something to squeeze in one more round of testing before the first GP in Australia especially considering the massive step into the unknown in terms of the new powertrains and reliability and cooling requirements of them. The teams have unearthed a lot of reliability issues during these tests. But whether they will be able to mitigate or eliminate those issues come Australia? A few teams may be; but definitely not all I suppose. I think we may happen to witness some unpredictable racing and results in the initial few races like we had in 2012 (albeit due to different reasons).

More than the lap times I am interested to know more about the gear ratios that the teams would use. I am really fascinated by the potential impact the ‘fixed gear ratios’ for the season is going to throw at the teams’ preparations for each grand prix. With the freeze on gear ratios, the teams are losing one of their valuable variables using which they would otherwise mitigate the effects of impact of rain etc… Would any team/driver optimise the gear ratios for the entire season? Or for a majority of grands prix? Or focus on a few/single grand prix like Abu Dhabi? Interesting days ahead.
@SeaHorse

Happy birthday to Gabriele Tarquini who is 52 today.

After a one-off start for Osella at Imola in 1987 Tarquini endured several seasons in similarly uncompetitive cars. From Coloni in 1988 he moved on to AGS where he took an unlikely point in Mexico but more often than not couldn’t drag the car beyond pre-qualifying.

He switched from AGS to Fondmetal in late 1991 but matters scarcely improved. He then left F1 and won the British Touring Car Championship with Alfa Romeo in 1994 before making a one-off F1 return with Tyrrell at the Nurburgring in 1995. After that it was back to touring cars. Last year he finished a distant runner-up to Yvan Muller in the World Touring Car Championship.