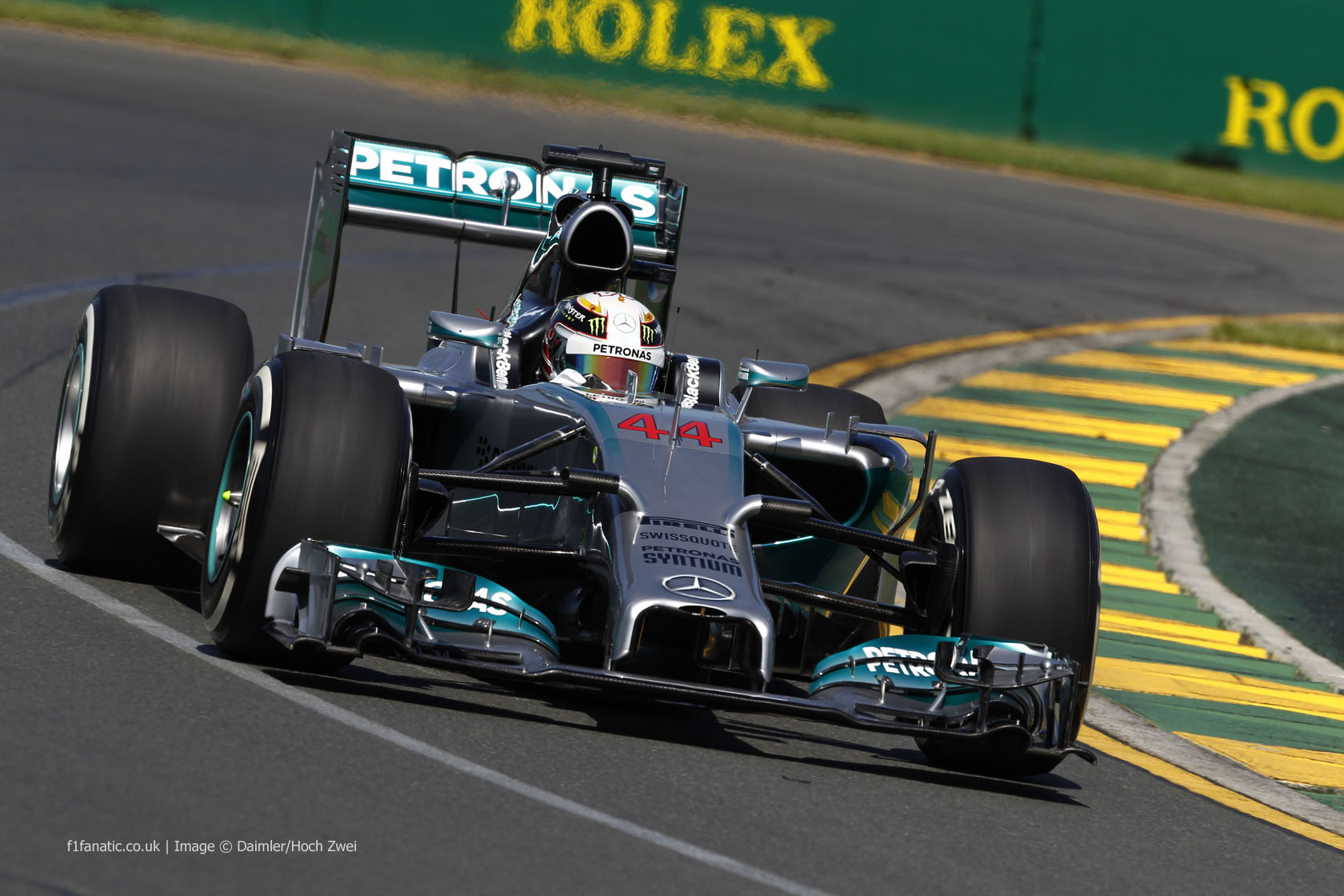 Mercedes are prepared to impose team orders during Sunday’s race if they find themselves in a position to do so, said motorsport director Toto Wolff.

With the W05s carrying their testing form into the first day of running in Australia the team could find themselves with both drivers at the head of the field with no one to race but each other.

Given the fragility of the new cars and the importance of saving fuel under the new rules, Mercedes may intervene to call off any competition between their drivers to ensure they both finish and do not compromise each other.

“Both of the drivers know each other for quite a long time, they have been team mates before back in karting. We were caught out by surprise last year in Malaysia and we don’t want this to happen again.

“It’s just a very good discussions we have, they are not only very talented and fast but also very intelligent. They treat each other in a very fair way and went through some of the scenarios and I think we’re in a good place.”

“It depends on circumstances,” he added.

Wolff said the team are not taking their early form for granted after Lewis Hamilton’s car failure during the first practice session.

“If you look after free practice two and analyse that, that was quite satisfying,” he said. “On one lap the pace was good and the long run was good as well.”

“But you see how quickly it goes. In the free practice one Lewis went out and after half a lap the car stopped.

“So you need to be very careful because it’s just enough to have a little problem and the race or the qualifying will be finished.”