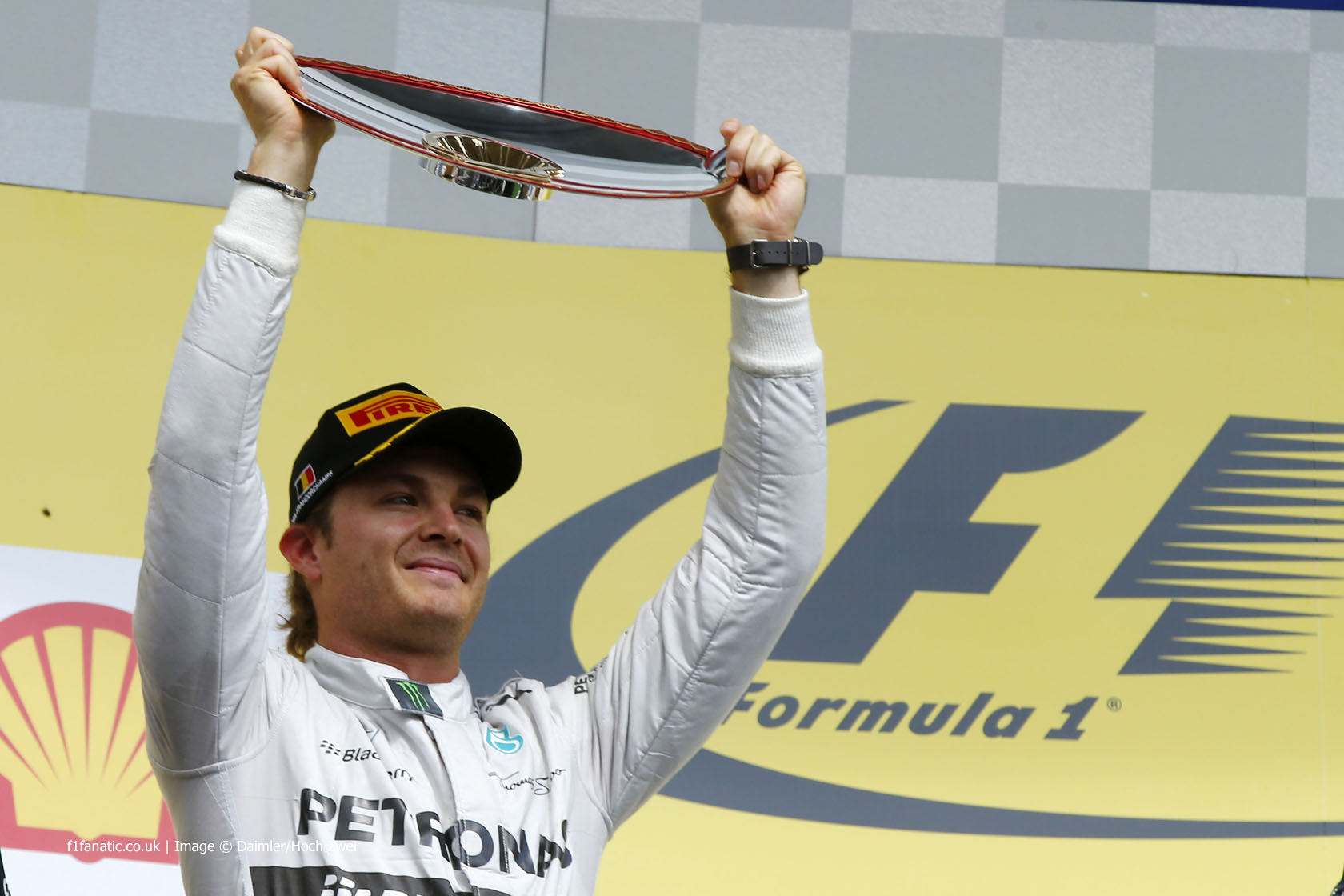 Pastor Maldonado crashes, Andre Lotterer holds up Lewis Hamilton and Nico Rosberg gets booed – here are some of your best videos from the Belgian Grand Prix.

Maldonado crashes on approach to Pouhon

Qualifying in the rain

Hamilton held up by Lotterer on return to pits

Button has a look at Alonso at Pouhon

Rosberg booed on the podium