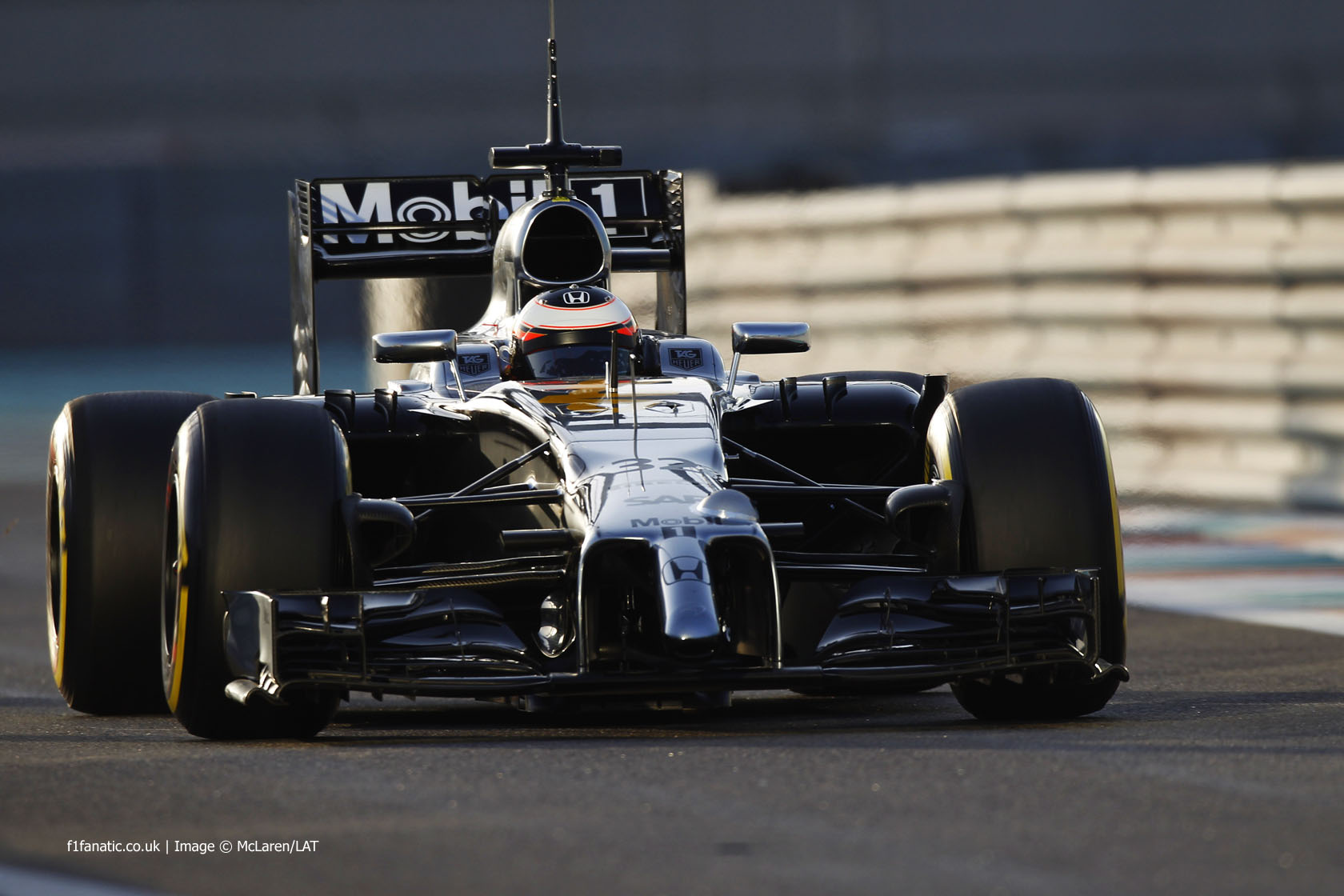 Mercedes’ reserve driver Pascal Wehrlein headed the final F1 test day of 2014 on his first appearance for the team.

Wehrlein, who has logged tens of thousands of kilometres on the W05 in Mercedes’ simulator, set a best lap of 1’42.624 at Yas Marina.

Ferrari were second-fastest again, this time with test driver Raffaele Marciello at the wheel, and Max Verstappen ended his second day of testing for Toro Rosso with the third-quickest time.

However, having covered only three laps yesterday McLaren’s Honda-powered MP4-29H/1X1 didn’t even manage that many day. Stoffel Vandoorne only emerged from the garage twice.

“Although this looked like another difficult day, this is just part of the learning experience we expected when we took on the interim car programme,” said racing director Eric Boullier.

“It’s useful to discover these issues pre-Christmas, as it allows us to deepen our understanding of the complex integration between power-unit, ancillaries and the car. And, to be honest, I’d rather be ironing out these problems here in Abu Dhabi, than discovering them in Jerez, next February.”

“Any mileage we accrued this week would simply have been a bonus,” he added.

Will Stevens added another 76 laps to the 102 he did for Caterham yesterday, meaning he has covered more than three race distance since making his grand prix debut for them on Sunday.

“Looking back, I wish I could have the race weekend beginning now, after these two days,” he said. “I’ve definitely made the most of this test.”

Stevens was a surprising fifth-fastest ahead of Richard Goddard, who was having his first F1 test. The Force India driver ran the development ‘Info Wing’ fan information system on his car at one point.