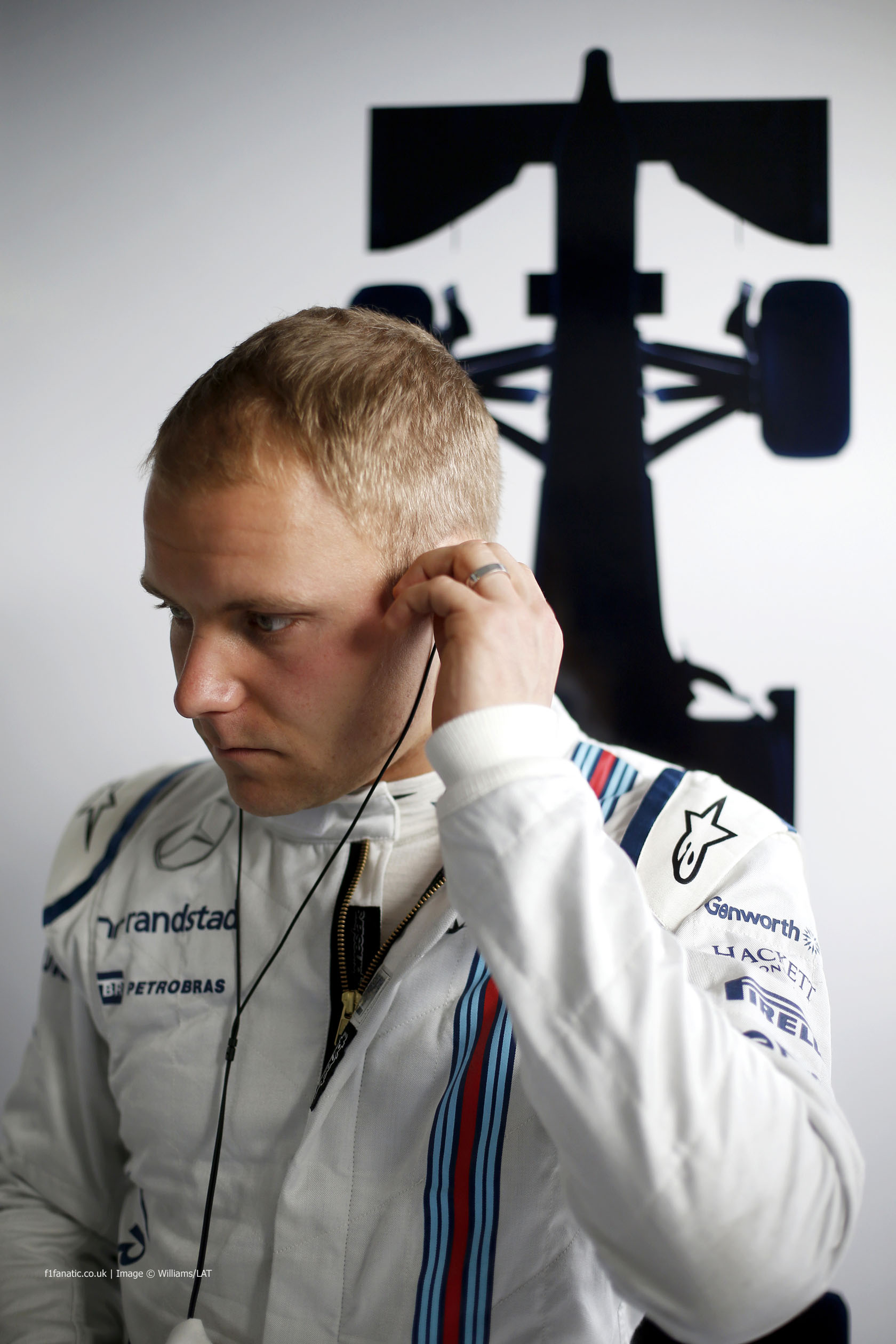 Valtteri Bottas is hopeful he will be able to return to action this weekend after missing the first race of the season due to a back injury.

“After such a frustrating Sunday in Australia, I have taken the necessary measures to make sure I arrive in Malaysia fit to race and ready to bring the results home,” said Bottas.

The Williams driver will undergo an inspection by the FIA on Thursday to judge whether he is able to participate in the weekend, as Fernando Alonso also will.

Williams expect their car will perform better at this weekend’s Malaysian Grand Prix having missed out on a podium finish in Australia. Felipe Massa qualified third at Melbourne but slipped to fourth place behind Sebastian Vettel’s Ferrari at the chequered flag.

“As it is a purpose built circuit we should be able to see more of the strengths of the FW37 and it should suit us a bit better,” said head of vehicle performance Rob Smedley.

“We have been working hard on all areas of performance and to close up any margins we had in Australia,” he added.