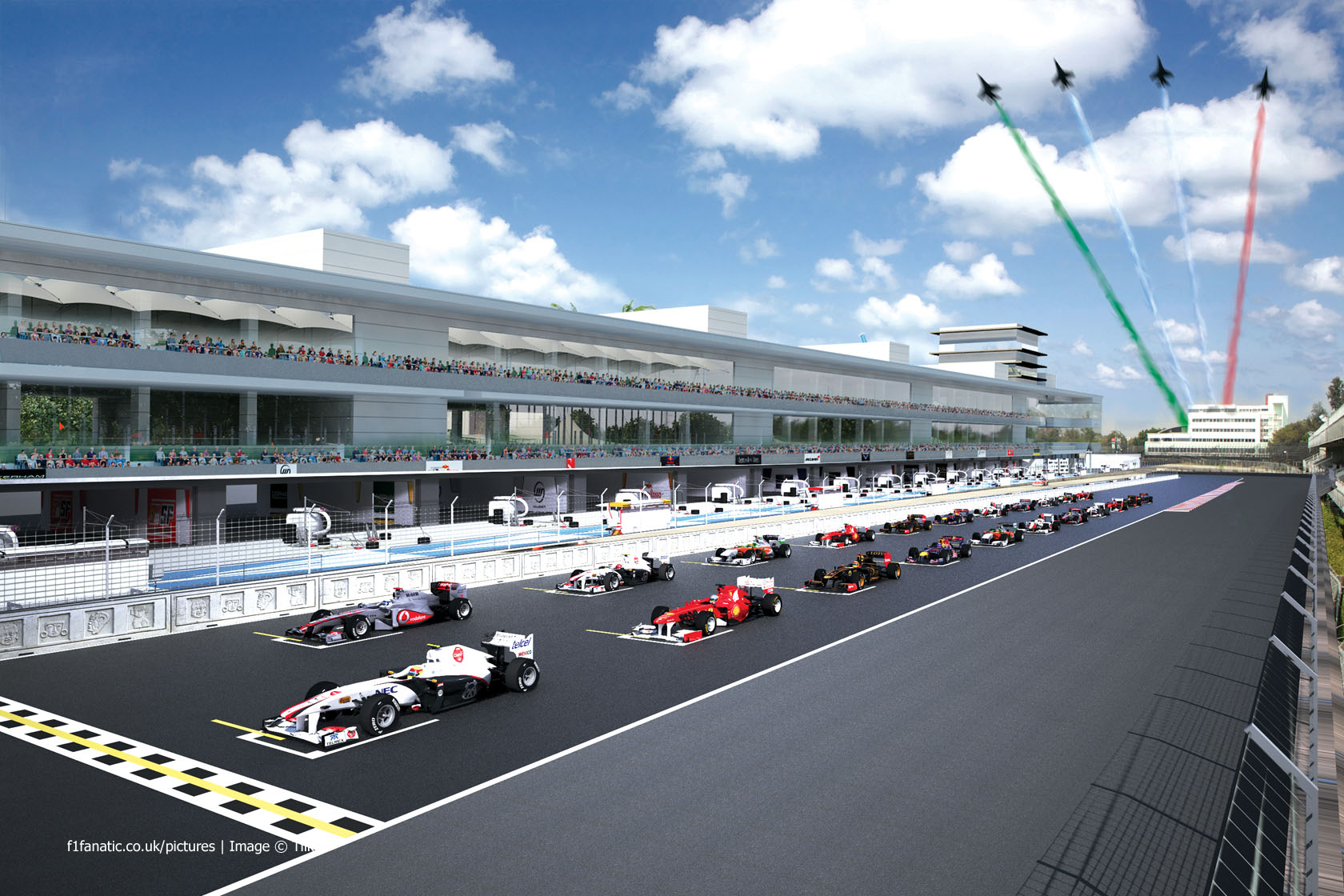 New images from circuit designer Hermann Tilke have revealed more details of how the revised Autodromo Hermanos Rodriguez will look for this year’s Mexican Grand Prix.

The circuit was last used for Formula One racing in 1992. Tilke, who has designed all or part of almost every venue on the current F1 calendar, has altered almost every corner on the old circuit to bring it in line with current F1 safety standards.

The most significant change has taken place at the final corner, Peraltada, where cars are diverted away from the old, high-speed 180-degree corner and into a new, slower section which passed through a grandstand.

This configuration was first used by Champ Car racing in the early 2000s, but the latest revisions to it should reduce corner speeds further before the cars arrive at the start/finish line and pit entrance.

From the starting grid drivers should have one of the longest runs to turn one of the season, after which they enter a tightened opening sequence of corners. The clockwise layout measures 4.438 kilometres, putting it among the shortest on the calendar, with a projected race distance of 69 laps.