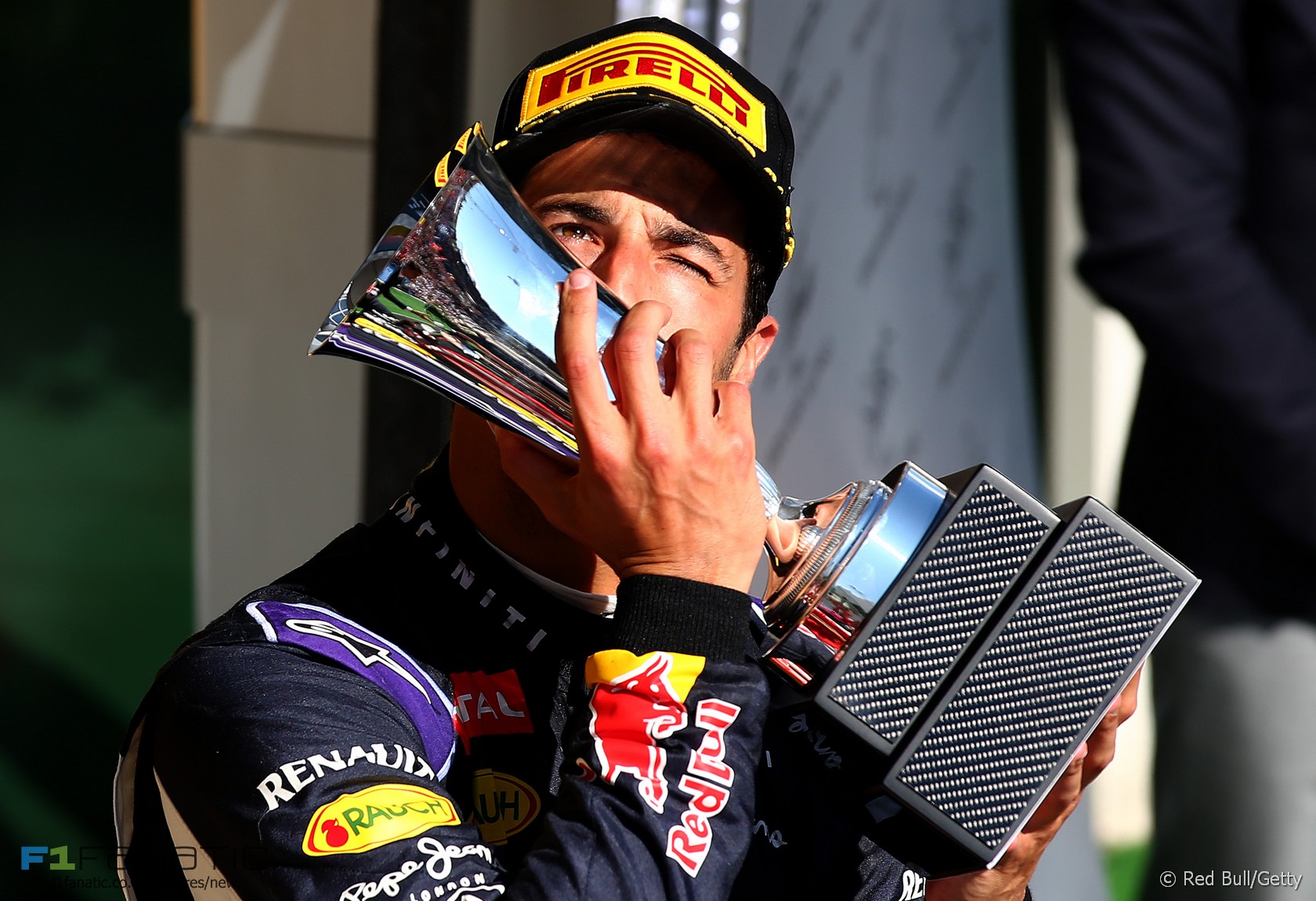 "Asked whether Ricciardo's contract for 2016 was 'watertight', Horner replied: 'Absolutely.'"

"Vettel is currently very convincing and his performances are top notch."

"Organisers said advance sales for 2016 would start on Friday - exactly a year before the July 31 race - with a revised 'family friendly' pricing structure."

"On the control side things are very good, so we will apply more power output for Spa and Monza, both power circuits."

"After the race and all the usual 'thank-you' stuff, Ayrton made a point of thanking the little group of us working on the gear-change project. He said that being able to keep both hands on the steering wheel at all times had helped him hold off Nigel for those last few laps."

Enjoying an afternoon off with long time mate @BrendonHartley pic.twitter.com/Z5YfKoDlgw Ferrari won in Hungary but were they quicker than Mercedes – or just one of them:

Another comparison between Hamilton and Vettel can be seen when they were both on soft tyres in the middle stint. Hamilton was in clean air after getting past Ricciardo on lap 29, and before encountering a large group of backmarkers on lap 38. In this period he closed the gap to Vettel from 34.32s to 30.66s over nine laps (an average advantage of 0.407s per lap to Hamilton). As Pete Bonnington pointed out, Hamilton’s advantage was 9 tenths at its peak – from lap 30 to lap 33, Hamilton’s laps were eight to nine tenths faster than Vettel’s, which was due to quick laps from Hamilton rather than anomalous slow laps from Vettel. Hamilton was surely pushing harder than Vettel during those four laps, but his tyres weren’t any newer (they were actually two laps older than Vettel’s at the time). Hamilton had a lot of pace in the Mercedes, and was surely the fastest driver/car package in the race.

Both Ferraris were faster than Rosberg, but clearly slower than Hamilton. Rosberg was over half a second off Hamilton in qualifying, and based on their respective lap times it seems that he carried a similarly large deficit to Hamilton into the race. As previously mentioned, Rosberg was struggling with understeer in his balance throughout the weekend, which goes some way to explaining why he was so far behind Hamilton on pace and why the Ferraris pulled away from him. If we assume that Hamilton indeed had a pace advantage of around 0.2 – 0.4s per lap over the Ferraris (as their lap times suggest), then if Hamilton had held the lead into the first corner his pace would have probably translated into a lead of around 14-28 seconds over the course of the 69 laps (assuming no safety cars).

Under normal conditions I think Mercedes still had a considerable performance advantage in Hungary.
@Polo

A win for Kimi Raikkonen and a no-score for Fernando Alonso breathed some life back into the 2005 championship contest at the Hungarian Grand Prix ten years ago today.