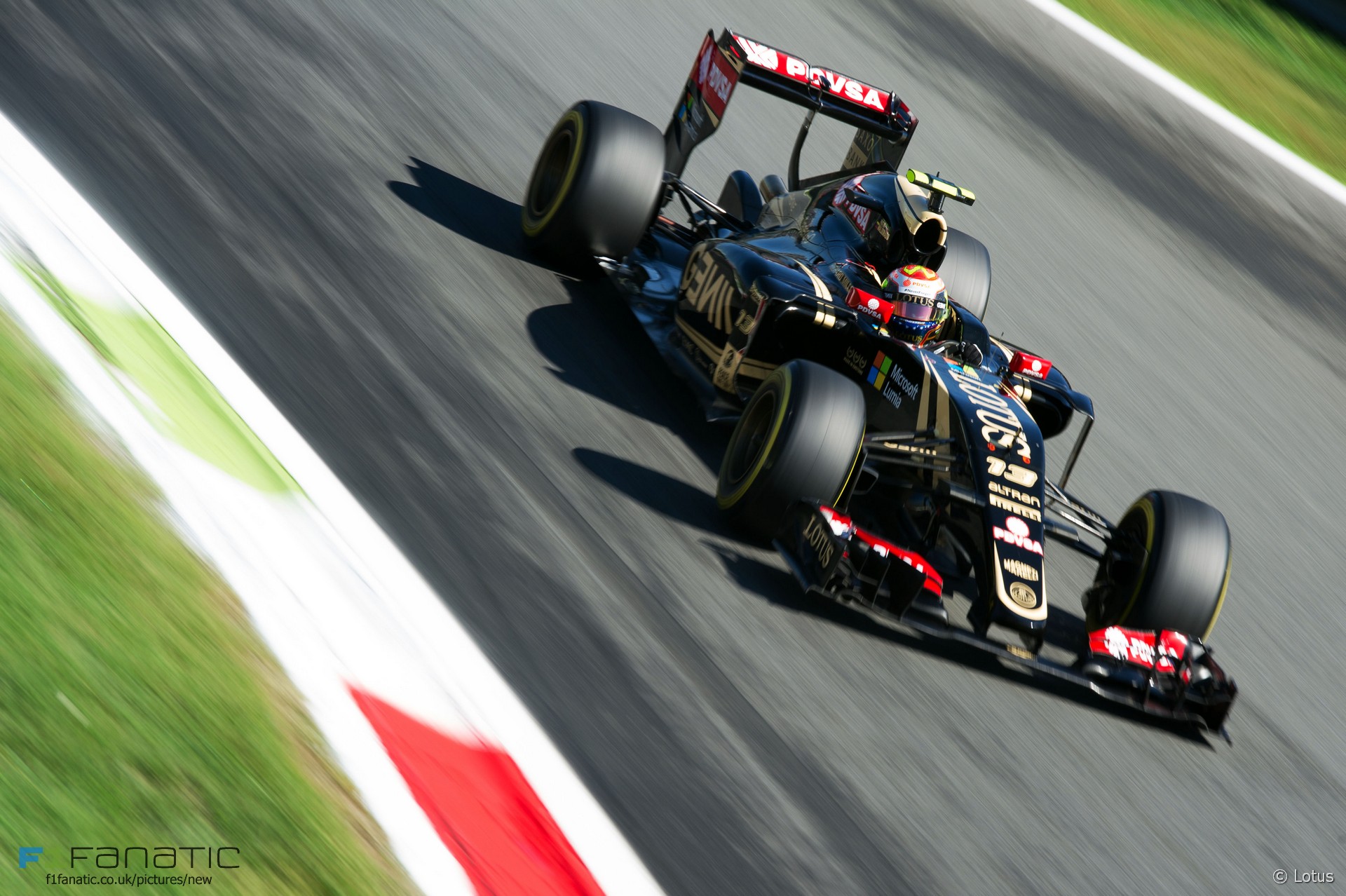 The Lotus driver blamed their rivals for the incidents which forced both the teams’ cars out on the first lap of the Italiarn Grand Prix.

Romain Grosjean said Felipe Nasr’s move at the start was “too optimisitc”.

“We had the potential of a good race ahead of us,” said Grosjean. “I made a strong start but got hit by a car from behind in turn one which broke my rear suspension so that was it for us.”

“It was a too optimistic move from Nasr who hit me which meant my race was over.”

Meanwhile Pastor Maldonado pointed the finger Nico Hulkenberg for his early retirement. “Tthe Force India came into the side of me and took out my front-right suspension,” he said, “and that was the end of my race”.