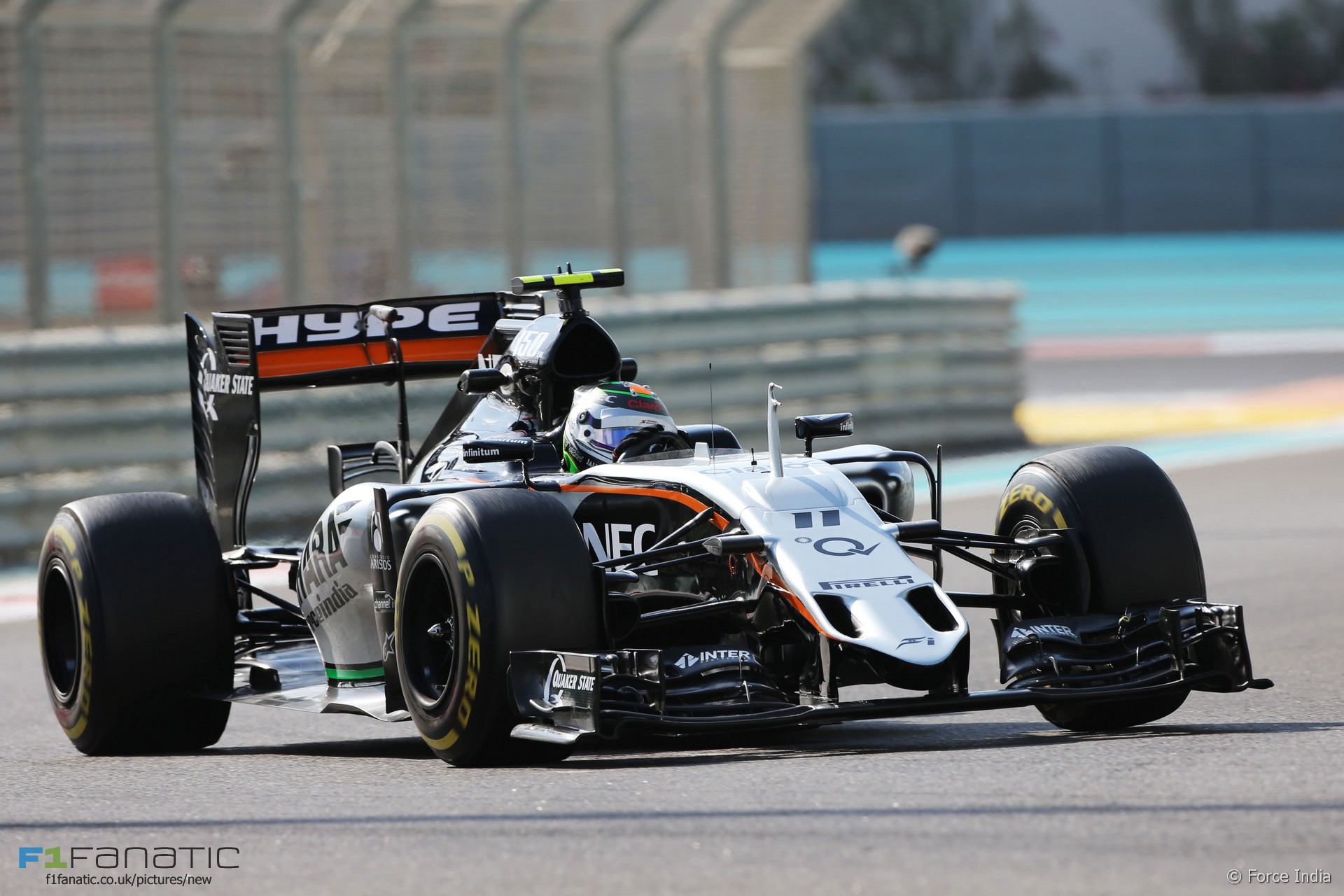 Sergio Perez said his Force India’s poor tyre degradation will make for a difficult race after equalling the team’s best qualifying result of the year in Abu Dhabi.

However he said he was encouraged by the progress the team has made following a difficult weekend in Brazil.

“We had a very poor weekend in Sao Paolo so we did a very deep analysis from that and we learned a lot of things,” Perez told reporters in Abu Dhabi, “I think today it shows that we have learned something from a poor weekend which is important.”

“Looking forward for tomorrow I think we have out-qualified the car’s pace by a couple of places so tomorrow will be very difficult to keep the quick cars behind. But anything can happen and my main objective is to get Kimi [Raikkonen] at the start.”

Perez described the tyre degradation on his car as “quite poor – it’s not something that’s great at the moment for us.”

“If we start fighting from lap one onwards and we stop protecting the tyre we might deg off the tyre completely and ruin our race,” he added.

“So it’s going to be a matter of going to do our own race and trying to maintain first of all the position but if there’s anything better than what we are then definitely we will try to take it.”