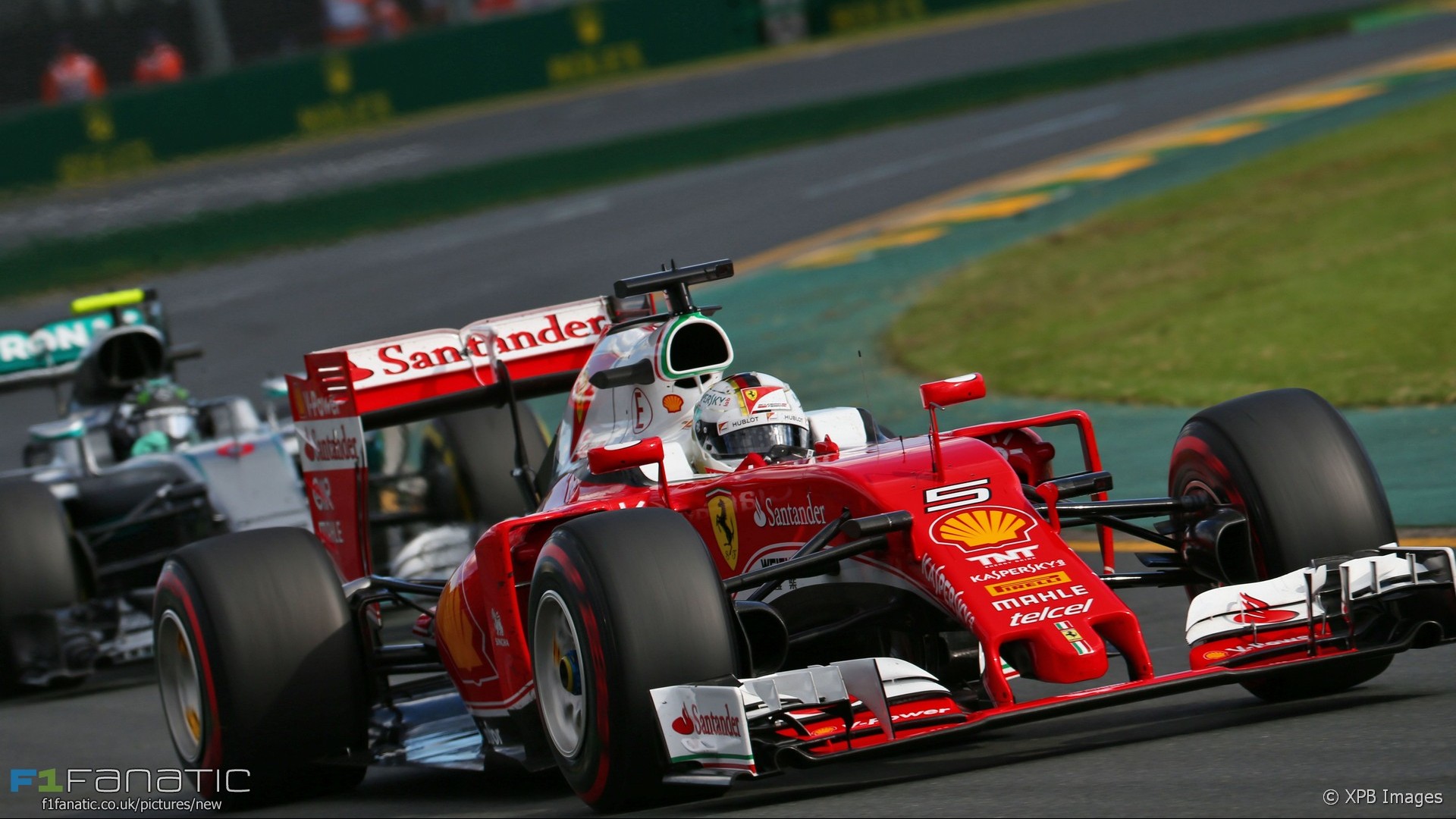 The outcome of the Australian Grand Prix hung on Ferrari’s decision not to put fresh tyres on either of their cars when the race was suspended.

Mercedes did take advantage of the opportunity and their call to put Nico Rosberg on the medium compound tyres arguably won him the race while Ferrari’s decision not to change Sebastian Vettel’s five-lap-old super-softs cost him victory. However Ferrari were not the only team unwilling to commit to the hardest tyres available – a compound which had seen little action in practice.

Of the 16 other drivers running at this point five were already on mediums and six more switched to them. But four put on softs and Jenson Button, uniquely, opted for a new set of super-softs.

Vettel’s lap 13 pit stop was the quickest of the race. Significantly two of the next three fastest tyre change times were achieved by Williams, who often struggled to achieve competitive pit stops last year. It seems the Grove mechanics have been working hard on their pit stop drills over the winter.

Update: The data initially issued after the race indicated Magnussen had put medium tyres on at his first pit stop, rather than softs. The article has been revised accordingly.