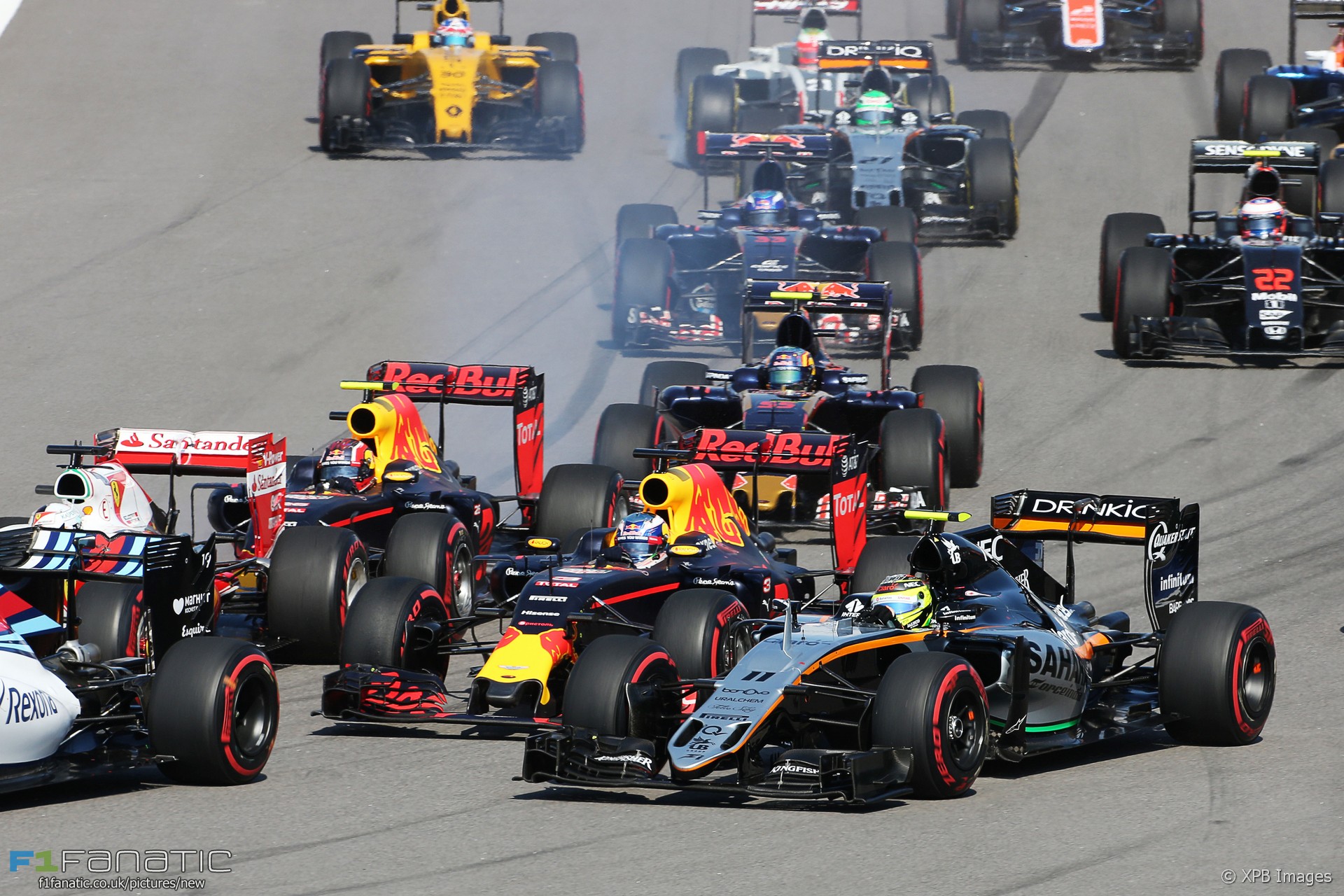 Daniel Ricciardo says Red Bull avoided telling him his team mate had caused the first-lap crash which wrecked his race and blamed it on Sebastian Vettel instead.

The collision at turn two forced Ricciardo to pit early and left him with damage which spoiled his race.

“Obviously we finished the race but we had a lot of damage from the first corner,” Ricciardo told reporters after the race. “We don’t really know what our real pace was so it was just trying to do something but there was a lot of damage.”

Ricciardo said he didn’t think Vettel was to blame but his team told him the Ferrari driver had caused the collision. “I had Seb on the inside and Sergio [Perez] on the outside,” he explained.

“I saw Seb come into me but I knew it wasn’t him because the way he came into me was not natural, I knew he’d got hit from behind,” said Ricciardo. “I asked the team on the radio who’s fault it was, I think they said Seb to keep me a little bit calm but I saw a replay during the Safety Car, I saw the screens, looked like it was Dany.”

Ricciardo said he couldn’t understand what Kvyat was doing at the first corner. “Knowing where we were on track, Seb was on the inside, I was in the middle, Sergio was on the outside so there’s three cars pretty much taking up the whole track going into turn one,” he said. “And then if Dany’s hit Seb I don’t know where Dany was going.”

“It’s not like there was room on the inside. From what I remember we were sort of three in a line so the track was blocked for him.”

“I don’t really know why he was trying to, let’s say, out-brake, or if he was trying to defend someone behind I’m not sure. From what I saw on-track there was no room, it was just sort of follow-the-leader in a way once we got to the apex.”