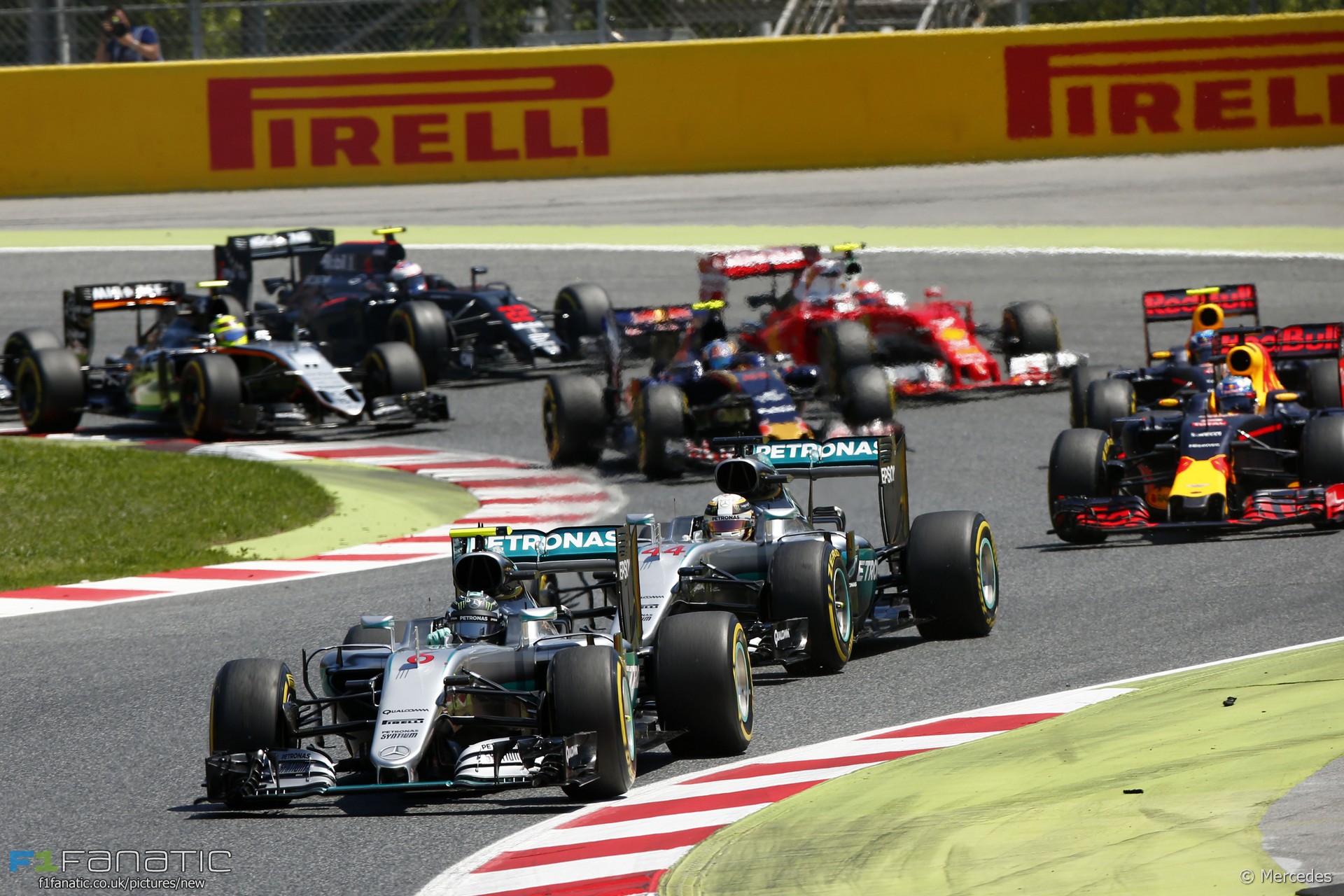 It was clear from your responses to the Spanish Grand Prix that Red Bull’s young talent has made a big impression.

Max Verstappen was hailed as a new star for F1 after his breakthrough victory.

And with an average rating of 8.7 out of ten from readers, this was the most popular Spanish Grand Prix since we began Rate the Race in 2008, earning 13th place on your all-time favourites list:

I just couldn’t believe my eyes the last couple of laps. Surely he was going to pit again for softs, right? No!

I’ve been following F1 since 1994, watched Jos Verstappen’s day in the sun that year, but that moment just got totally eclipsed by what his son did today. Very, very proud of my young countryman today. Goosebumps.
@Ogw86

Congratulations to Max Verstappen, clearly deserved victory and probably the first of many. Excellent to see Red Bull fighting for victories again too.

Gutted for Daniel Ricciardo, though. Brilliant drive from him deserved better than fourth. Weird Red Bull didn’t give him clearly the better strategy.
Adam (@Rocketpanda)

Strategy played a pivotal role in deciding the outcome of the race with both Red Bull and Ferrari’s leading drivers dropping back after they switched to three-stop strategies.

Some of you appreciated this aspect of the race more than others:

Very exciting! It’s been a while since there have been four drivers in with a decent shot at victory right up until the end of the race. With DRS having a less obvious effect compared to other tracks it felt like 2010 again.

Shame about Riccardo’s puncture but an excellent drive from both Ferrari and Red Bull drivers. I knew Verstappen would get a win, didn’t think it would be so soon and with such style! It takes some real talent to hold back a driver like Raikkonen for that many laps. Best race since Bahrain 2014.
Finlay (@fintard96)

Obviously the start was fantastic and the last few laps were really good. The middle of the race, not so much.

A wonderful race from start to finish, and Verstappen showed that he is definitely a future world champion. Not this year though – I almost forgot Mercedes for a second there but they’re still in F1 guys!

But there’s a sense for me that strategy decided the results of the race. Of course kudos to both Red Bull, Ferrari, and their drivers. But I think Verstappen was on the first step of the podium today instead of Ricciardo, despite being behind in both qualifying and the early stages of the race, and Raikkonen getting second instead of Vettel, despite being quite visibly outclassed by Vettel in the early stages of the race, was down to the fact that Red Bull and Ferrari made strategic options that paid off for one driver and not the other.

Obviously the teams had to make decisions to maximise their chances of winning, regardless of which driver is on top. But who knows, Vettel and Ricciardo may be qutestioning their team bosses about strategies right now!
Duc Pham (@Ducpham2708)

The Circuit de Catalunya tends not to see a great deal of overtaking and this year was no exception:

For a race which had very few overtakes, the tension, drama and entertainment level was unexpectedly high. Who said we need 40 overtakes per race to get excited?

Also, one of the few overtakes of the race, Verstappen getting back on Vettel in the first lap, was probably the key to his race. If Verstappen couldn’t get back behind Ricciardo so fast, the outcome would have probably been much different.
@Gechichan

It was a great race, the best I have seen for a long time. The two Mercedes crashing out made for an excellent contest between the Ferrari and Red Bull drivers, it wasn’t clear until the last few laps which of those four drivers was going to win and it was really nice to see a fresh face on the top step of the podium. Very well done to Max Verstappen.

Sadly this race showed very clearly that in modern F1 racing it is very difficult for the drivers to follow close to one another with relatively equal performance, this means that for the majority of the time the race is decided by pit strategy than by driving skills. They need to change this if they want to have really great racing, today’s race showed that the potential is there to have great races with positions decided on the last lap but it would be so much better and more exciting for everybody if the drivers are able to get close enough to each other to pass and re-pass without the need for tools like DRS and multiple tyre compounds which just makes much of the close action very much a biased contest.
Robert (@rob91)

Spectacular crash, unexpected winner – but the first four followed each other home, and never really looked like swapping positions (thanks again, downforce-sapping regulations).

Ricciardo had to near-enough punt Vettel off-track to make a pass, and even that was unsuccessful.
@newfangled

Obviously an outstanding race, however, I would have liked to have seen a move made successfully on track for one of the cars at the front just to show that it can be done at Catalunya. But that is a minor quibble, great tense strategic race.
@Jonners99

Proves that there can be an exciting race even without rain or drivers completely out of position in qualifying, or whatever reverse grid orders or stupid ideas of such.
Stefano (@Alfa145)