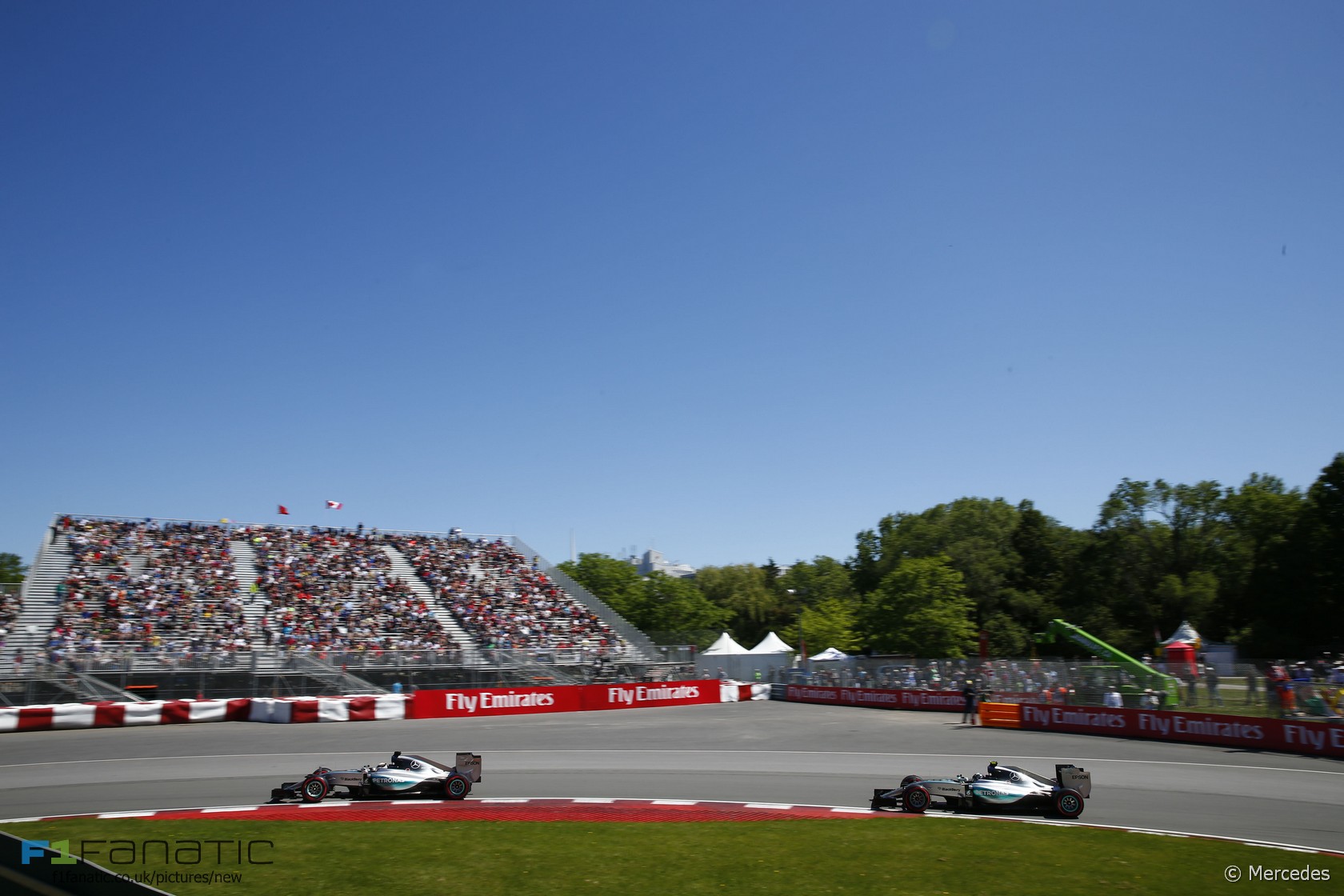 Squeezed into the confines of the Isle Notre Dame, the Circuit Gilles Villeneuve has changed little over the years mainly due to the lack of available space to alter its layout.

This has undoubtedly been to its benefit. Though it was considered a ‘Mickey Mouse’ layout by the standards of other tracks when it made its first appearance on the calendar in 1978, today it is one of the quickest and most punishing venues visited by F1.

“It might look like a very simple circuit because you have the same kind of corners all the time,” explains Carlos Sainz Jnr, “but each of these chicanes has different tricks and you need to take each one of them in a diverse way.”

The long straights are more of a pain for the engines than the drivers. The cars will exceed 330kph at the end of the lap, the highest top speed seen so far this year. Small wonder most teams have timed significant engine updates to coincide with this round.

Although the track features severe braking zones there aren’t enough of them for the maximum permitted amount of energy to be recovered. This makes what is already a challenging circuit for fuel consumption even more difficult.

An early Safety Car period would therefore be welcome for many of the teams. And with so much of the track hemmed in closely by barriers, it’s far from unlikely. But for many drivers that adds to the appeal of the Circuit Gilles Villeneuve.

A lap of the Circuit Gilles Villeneuve

The curved approach to turn one and the low-grip track surface makes the first braking zone on the lap tricky. This funnels directly into the Senna hairpin where the leading driver can easily fend off any attackers, as Nico Rosberg ruthlessly demonstrated against his own team mate at the start of the 2014 race.

The drivers then have to negotiate the first of several fast chicanes. “At turns three and four there’s the first wall of the track, which you try and get as close as possible to,” says Sainz. “Doing this gives you lap time and the closer you get to the wall, the more confidence you show.”

“At every chicane, especially at turn six and seven, kerb riding and positioning the car well in order to get a good line is also key. Doing this means you are then also quick on the straights following these corners.”

The drivers have another short blast towards the next chicane at turns eight and nine. “You come from the right-hand side corner flat out,” says Romain Grosjean, “and then there’s a long throttle application with a lot of G-force. Then you brake for turns eight and nine. Under the bridge, it’s very bumpy. It’s not so easy to get the grip of the car there.”

The second hairpin at the opposite end of the island to the first is one of the slowest corners in Formula One. “Very big braking there,” says Grosjean.

“You try to carry some minimum speed and not lose too much time. You then need a good throttle application.”

The lap ends with a chicane which has become the signature turn at the Circuit Gilles Villeneuve: The wall of Champions. It hasn’t claimed as many victims of late, but for Sainz it remains the highlight of the lap.

“It’s a very tight chicane where you need to ride the kerbs again,” he says. “And if you touch one of them in the wrong way, it sends you directly into the wall, so that’s why it’s so important to get this right.”