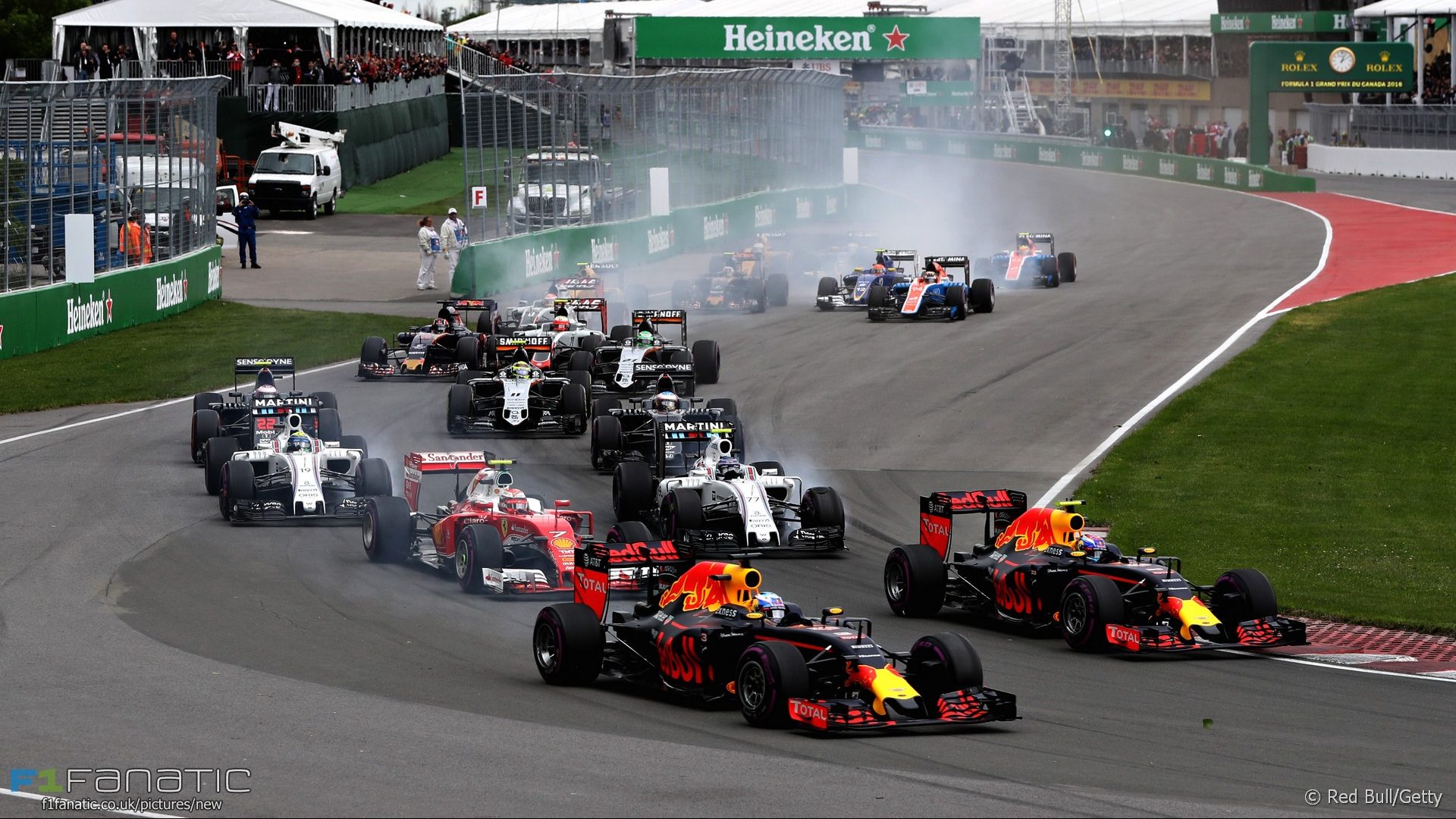 Was Sunday’s Canadian Grand Prix a top-drawer cracker or one to forget?

The race received an underwhelming average score of 6.5 out of ten from F1 Fanatic readers, who gave very mixed verdicts on the contest:

The contest was close, tighter than we’ve seen in a long time. Sure there wasn’t as much ‘action’ but those who are disappointed with such a contest where the drivers are challenged, and cracks are shown, I don’t think should be watching F1.

An F1 race should not about ‘overtakes per race’ or any other such silliness. The closeness of the contest between the teams, and the drivers, is what makes F1 for me. And this race had that essence of the competition in spades.
Tristan

It was a good race and it had its moments but it wasn’t a classic, if a race like this had happened at a circuit where I had low or no expectations before the grand prix I probably would have enjoyed it more as there would have been no disappointment on what could have been.

It was a similar start to this year’s Australian Grand Prix, in that Hamilton had a poor start while Vettel made a blistering start, then the two Mercedes went side by side into the first corner, but this time it was Rosberg who was pushed out wide and dropped down the field not Hamilton.

When it became clear that Hamilton was on a one-stopper and Vettel was two stopping I thought that Hamilton would take the victory but when the Red Bulls had to stop again I wondered if Hamilton’s tyres would last and whether we would be in for a dramatic finish, but in the end it seemed as if Hamilton was just managing his car until the finish to make sure of the win.
@PJA

Another disappointing race. Red Bull never were a real threat and Ferrari once again gifted the victory to Mercedes. With all the expectations that Red Bull were faster and Ferrari’s race pace was good, this race came to nothing in terms of demonstration.

I hope Baku can give us a memorable race.
@Cocaine-mackeine

As is often the case with this race, it left some asking whether F1 really needs its Drag Reduction System:

This one failed to deliver. After the start it seemed like we would have a proper race on our hands, but then nothing really materialised: there was no fight for the lead after Ferrari made a strategic error, DRS was unsurprisingly too powerful (in most cases), and the midfield battle was cars going round. And the TV director/camera men seemed to miss some key events (like Vettel’s lockup into the chicane on the first lap – “oh there’s a puff of smoke, he’s clearly not going to make the corner, let’s show something else”).
@Kaiie

We’ve actually had a run of great races in F1, but my god that race sucked. DRS sucked any life or excitement out it, it’s just madness that they still have a double zone from one detection point. Kudos to Verstappen for actually showing that you can still defend in F1, but no one else seems to bother.
@Graham228221

Races at the Circuit Gilles Villeneuve have received the highest average ratings from readers since Rate the Race began in 2008. But many fans felt its latest grand prix fell short of those standards, and some suggested race strategy has begun to have too great a bearing on the action:

I’m not sure what’s happened to the Canadian Grand Prix. It used to be the one of the most exciting races on the calendar. But the last two years have been pretty dull, I attended the 2015 race but the atmosphere made up for it. Maybe it’s the tyres or the inability to follow closely behind the car in front.
@Bnkracing

The downside to me was the tyres were ineffective, I would have liked to have saw three-stoppers charging through the field. There was no benefit to using the softer tyres, may as well used the soft and medium compounds like in the past.
Steven Robertson (@Emu55)

The lead battle was never really on, for some time it appeared Vettel could catch and pressure Hamilton, but it hadn’t happened, likewise with Bottas and Verstappen. An explosive start promised a thrilling race, however it was pretty much average.
Michal (@Michal2009b)