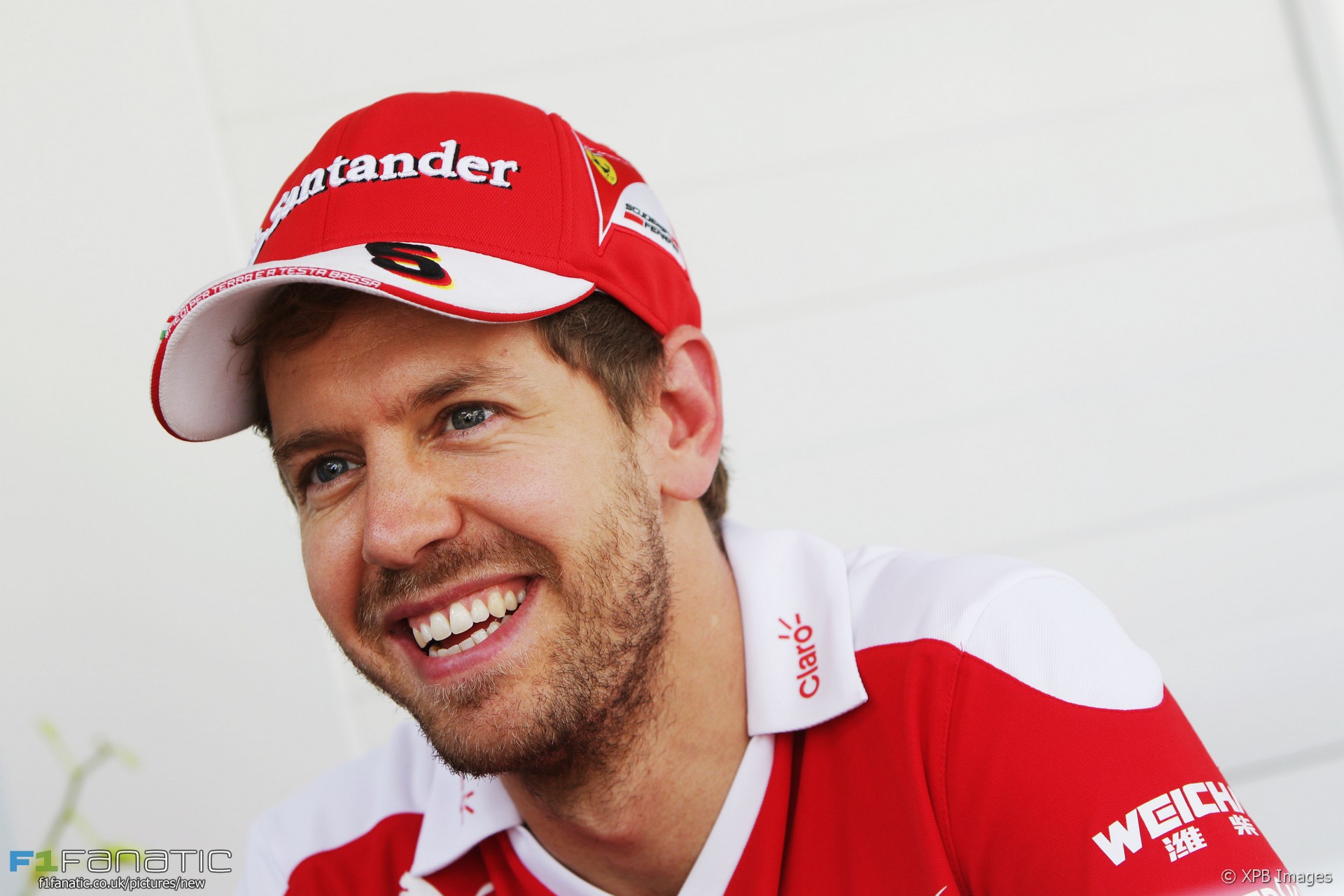 Sebastian Vettel says danger remains an important part of F1’s appeal but the sport must continue to improve safety standards.

Speaking at the FIA’s Sport Conference in Turin Vettel explained why he feels danger is an important ingredient of the sport’s popularity.

“What fascinated me as a child was the speed,” Vettel said. “I think racing should keep its core pillars. Speed is one essential one.”

“The cornering speeds that we can do is incredible. It has remained one of the main pillars throughout, speaking to drivers such as Stirling Moss, at that time a Formula One car was the best car you could drive and the most exciting one.”

“I think to some extent the ingredient was danger as well, that makes it exciting. Just coming from Baku last week, the circuit I think got a lot of criticism for being too dangerous. I disagree. I think the FIA and the people in Baku, the organisers had done a hell of a job fitting that race track in a place where arguably it is not made for racing, but it’s fantastic, it’s a spectacular venue, there’s very little room for error and that’s what makes it so exciting. I think that’s what made it exciting in the past and what still makes it exciting today.”

The FIA has drawn criticism over its plan to introduce the Halo head protection structure to improve driver safety in the wake of recent motor racing fatalities. Vettel says the sport cannot ignore the need to improve safety.

“The fact that the cars have become a lot safer obviously is a lot nicer for us,” he said. “Knowing a little bit of the history, reading a bit, many years ago obviously the drivers weren’t as lucky, the cars weren’t as safe as they are now.”

“So I think you need to find the right compromise. The ingredient for passion, for speed, for danger, noise, is very important. Equally we want to make the sport safer. We can’t shut out eyes, if bad things happen I think we need to react and I think we have in the last years and we still do now. I think that’s the right approach.