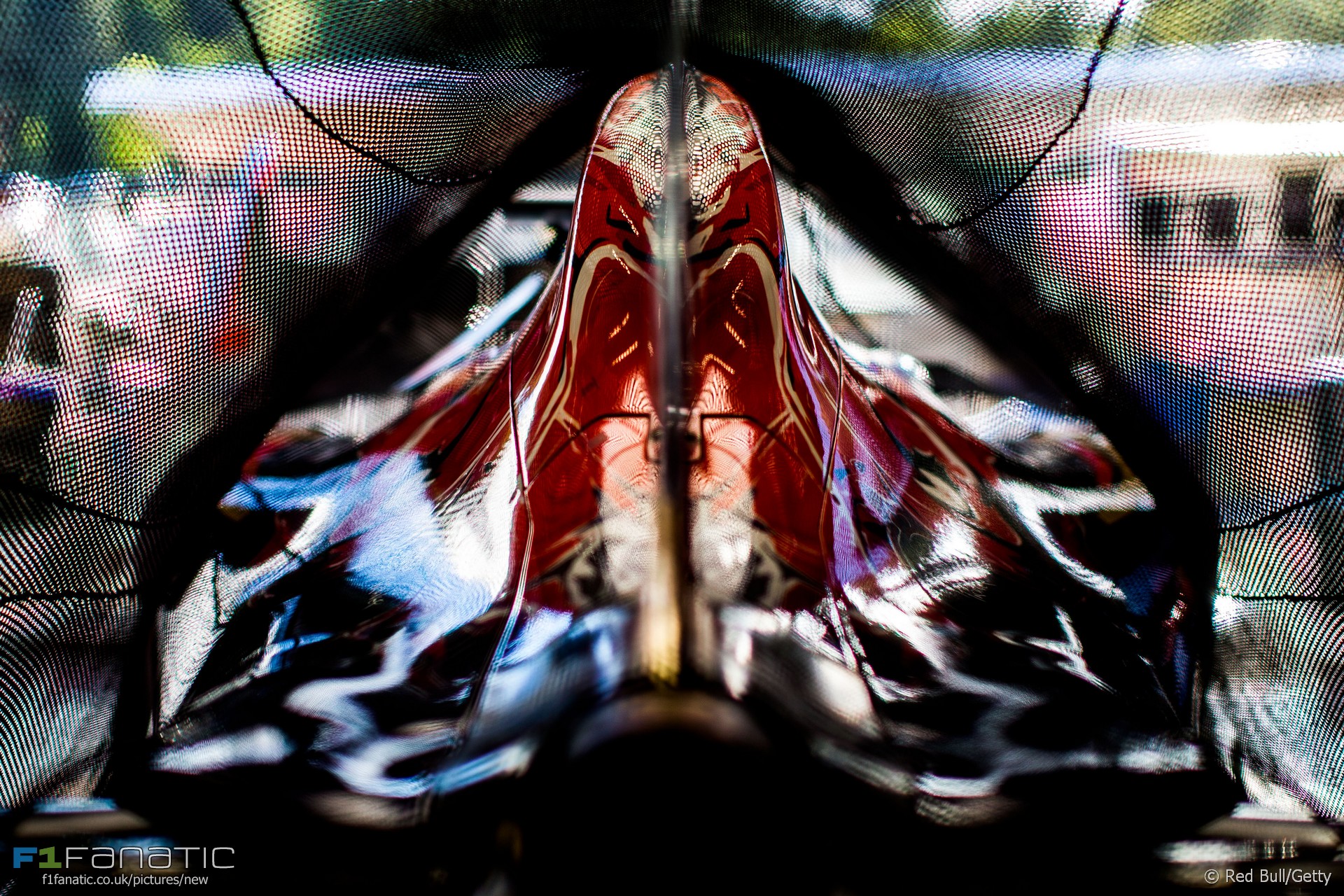 Ten of the best pictures which tell the story of the 2016 Belgian Grand Prix weekend.

Ready for action: A Toro Rosso waits in its seal overnight.

Four drivers had the chance to test the Halo at Spa following concerns it might cause visibility problems at Eau Rouge.

Mercedes junior driver Esteban Ocon, who drove in practice for Renault earlier this year, made his race debut with Manor.

Lewis Hamilton faced a tough week as engine penalties consigned him to the back of the grid, but he recovered to claim an improbably podium finish.

Max Verstappen’s fans were out in force and though he treated them to the best qualifying performance of his career so far he endured a disappointing race.

Nico Rosberg led the cars to the La Source hairpin at the start but Verstappen and the Ferrari drivers were on a collision course.

Jenson Button’s race ended when he was hit by Pascal Wehrlein on lap one.

The first corner tangle wrecked Kimi Raikkonen’s race but he made it back in the points.

Nico Rosberg grabbed his sixth win of the year but was surprised to see his team mate on the podium.