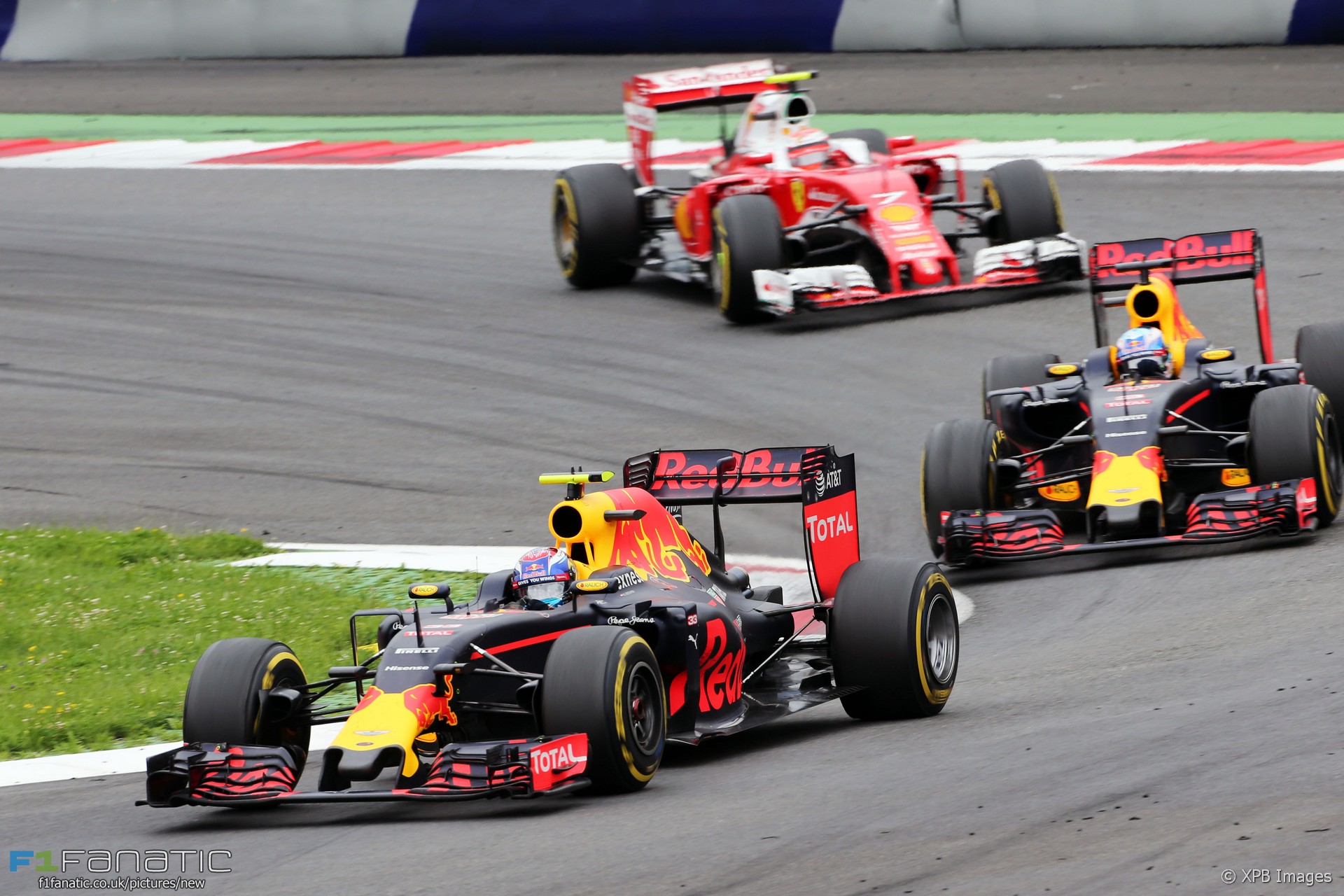 Daniel Ricciardo says he has been learning from Max Verstappen’s driving technique since his new team mate joined Red Bull earlier in the season.

Ricciardo said he tries to learn from learn from all his team mates in F1. His first team mate at Red Bull was Sebastian Vettel in 2014.

“I think with Max and Seb as team mates it’s two different points in their career,” said Ricciardo. “But equally you can still learn from both of them.”

“Seb’s experience, the way he interacted with the team is pretty interesting to see, that was cool.”

“And Max is coming in with a lot of youth, a lot of fire and energy. And a lot of new driving techniques which, let’s say, the younger kids are doing. So it’s interesting to learn from both of them.”

“I like having as many team mates as possible, it’s great, because the more people you can learn off, the better I think it will make you as a driver.”

Ricciardo said the media attention on Verstappen, who won in his first race with Red Bull in Spain earlier this year, does not affect him.

“I think Max is getting a lot of attention. He’s the youngest ever F1 driver and winner. So I get asked about him a lot, as well.

“But it’s not a hindrance. For him obviously it’s a lot of attention and pressure. For me, I keep doing my thing. I know he’s very talented. If I can get the upper hand on him then it’s a bit like with Seb. They’re very highly regarded drivers. If I can just do the job against them then it only helped me out.”