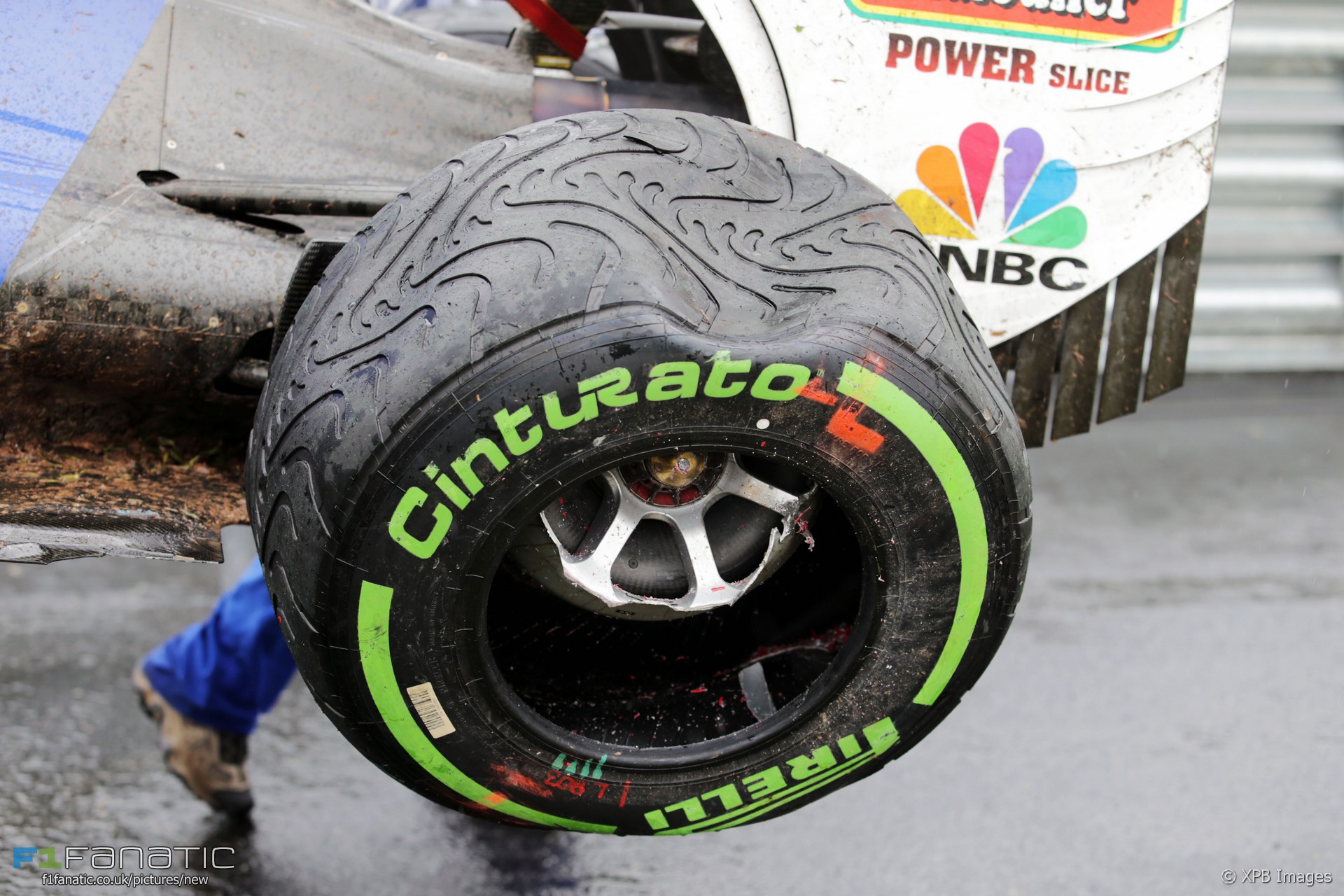 Normally drivers cannot discard the intermediate tyres quickly enough and the first to do so tend to benefit. But with rain falling constantly throughout the race those who stayed on the wet weather tyres tended to benefit. All ten points-scorers were on wets when the chequered flag fell.

In the case of the Mercedes drivers, the only time they changed tyres during the race was when the whole field was instructed to switch to the full wet compound during the first red flag period on lap 20. The same was true for others including Sergio Perez and Carlos Sainz Jnr, both of whom finished in the top six.

As was the case in the two other wet races earlier this year, Kevin Magnussen was one of the first to make the switch to intermediate tyres. He gambled on them again at the end of the race but it didn’t pay off, leaving the Renault driver well outside the points.

NB: The whole field came into the pits on laps 20 and 28 due to race stoppages. These have been omitted from the table below.