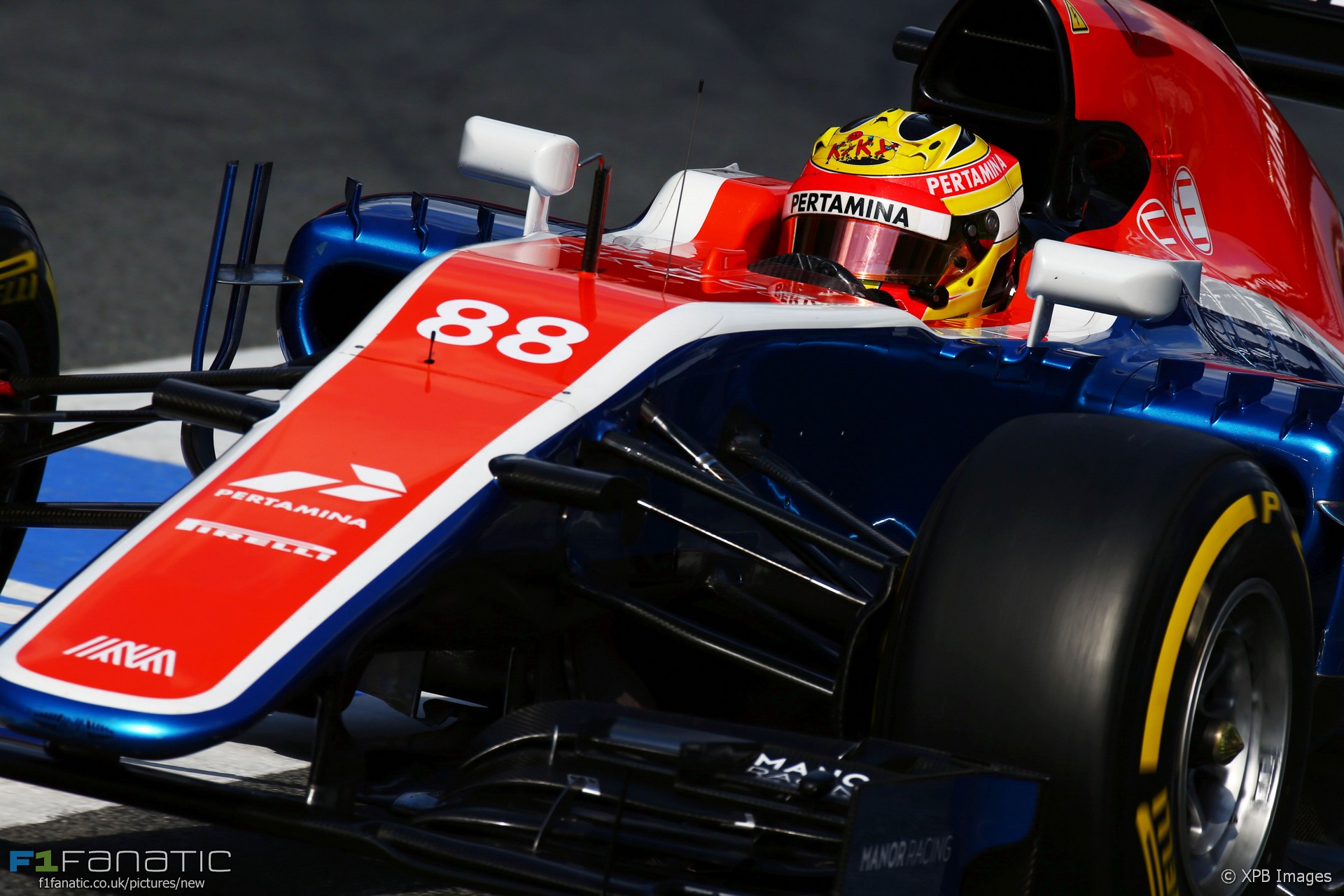 The terms ‘pay driver’ conjures up memories of drivers like Giovanni Lavaggi and Jean-Denis Deletraz hopelessly peddling around at the tail of the field. While Rio Haryanto undoubtedly owed his place in F1 to Pertamina, he doesn’t deserve a place in the pantheon of hopeless F1 rent-a-racers.

In fact he earned credit for out-qualifying Manor team mate Pascal Wehrlein on a few occasions, and not just at tracks where he enjoyed the benefit of experience. He also survived the rigours of a wet race at Monaco – you don’t do that if you’re a complete no-hoper. Of the three times he failed to see the chequered flag only once was he to blame.

However there was nothing about Haryanto’s half-season which gave cause to regret his ejection from the grid after Germany. A pair of qualifying crashes gave Manor repair bills they did not need and on his final weekend in the car he committed the ultimate error of tangling with his own team mate.

He was no friend of the front runners either, earning the wrath off Daniel Ricciardo and Jenson Button in Spain for holding them up. Not being on Wehrlein’s pace in the races meant he saw more of the blue flags which cost him even more time.

By summer his funding had dried up and it wasn’t a difficult decision for Manor to put someone else in the car, particularly when the highly-rated Esteban Ocon was available.

Don’t think he’ll be coming back. Finished behind Wehrlein in every race (except one where Wehrlein didn’t finsh, so that doesn’t count). He had a go but didn’t make it, should find another series that he’s comfortable in.
@Hugh11

What’s your verdict on Rio Haryanto’s 2016 season? Which drivers do you feel he performed better or worse than? Have your say in the comments.

Australia – Surprised many by pipping Wehrlein in qualifying but a penalty for tangling with Grosjean in the pits during practice meant he started last. He ran in front of the delayed Magnussen and Gutierrez’s struggling Haas to begin with but dropped out with a technical problem during the red flag period.

Bahrain – Disappointed to be the second driver out in Q1 having been satisfied with the MRT05’s handling in final practice. Saw the chequered flag for the first time this year, albeit well behind his team mate.

China – Wasn’t pleased with his qualifying run which was partly compromised by his team mate bringing the red flags out. He held off the struggling Palmer for 21st place after a trouble-free run.

Russia – Also had to play catch-up after losing time with a steering rack change on the first day. At turn one he was hit by Hulkenberg’s out-of-control Force India, forcing him out.

Spain – Disappointed to qualify last despite being content with the progress the team made with their upgrades. Manor are now quick enough that they can delay the leaders and Haryanto gave Ricciardo and Button headaches during the race.

Monaco – Used his Monaco experience to beat Wehrlein in qualifying but after an early switch to intermediates it took him a while to start lapping quicker than his team mate who stayed on wets. Wehrlein generally showed better pace in the race but Haryanto stayed out of trouble.

Canada – Much more ragged than his team mate during qualifying and eventually crashed at turn four. In the race he finished almost three-quarters of a minute behind but a slow pit stop and endless blue flags explained part of the deficit.

Europe – Seemed to click with the circuit quickly and did a solid and clean job in qualifying to line up ahead of Wehrlein. However he hit Gutierrez at the start and had to pit for a new wing. His only chance of a competitive finish was to run to the finish on softs, which he did, though inevitably he struggled for pace.

Austria – Couldn’t hide the fact he’d left quite a bit of performance in the car following his team mate’s Q1 heroics, and to make matters worse he was penalised for speeding through a yellow flag zone. An electrical problem didn’t help matters in the race, but even so the gulf in performance between him and Wehrlein was stark.

Britain – This was a track Manor expected to struggle at and Haryanto was disappointed they only had the Saubers behind them. He made it further into the race than his team mate but spun out after switching to slicks.

Hungary – Crashed in Q1 and toiled fruitlessly on a one-stop strategy in the race.

Germany – On a weekend when Haryanto was fortunate to be in the car given his financial situation, hitting his team mate wasn’t a prudent move, though the damage was slight. It hasn’t been particularly close between Manor and Sauber in qualifying and Haryanto easily beat both of the blue cars. But in the race he slipped behind both and finished almost 50 seconds behind Wehrlein.