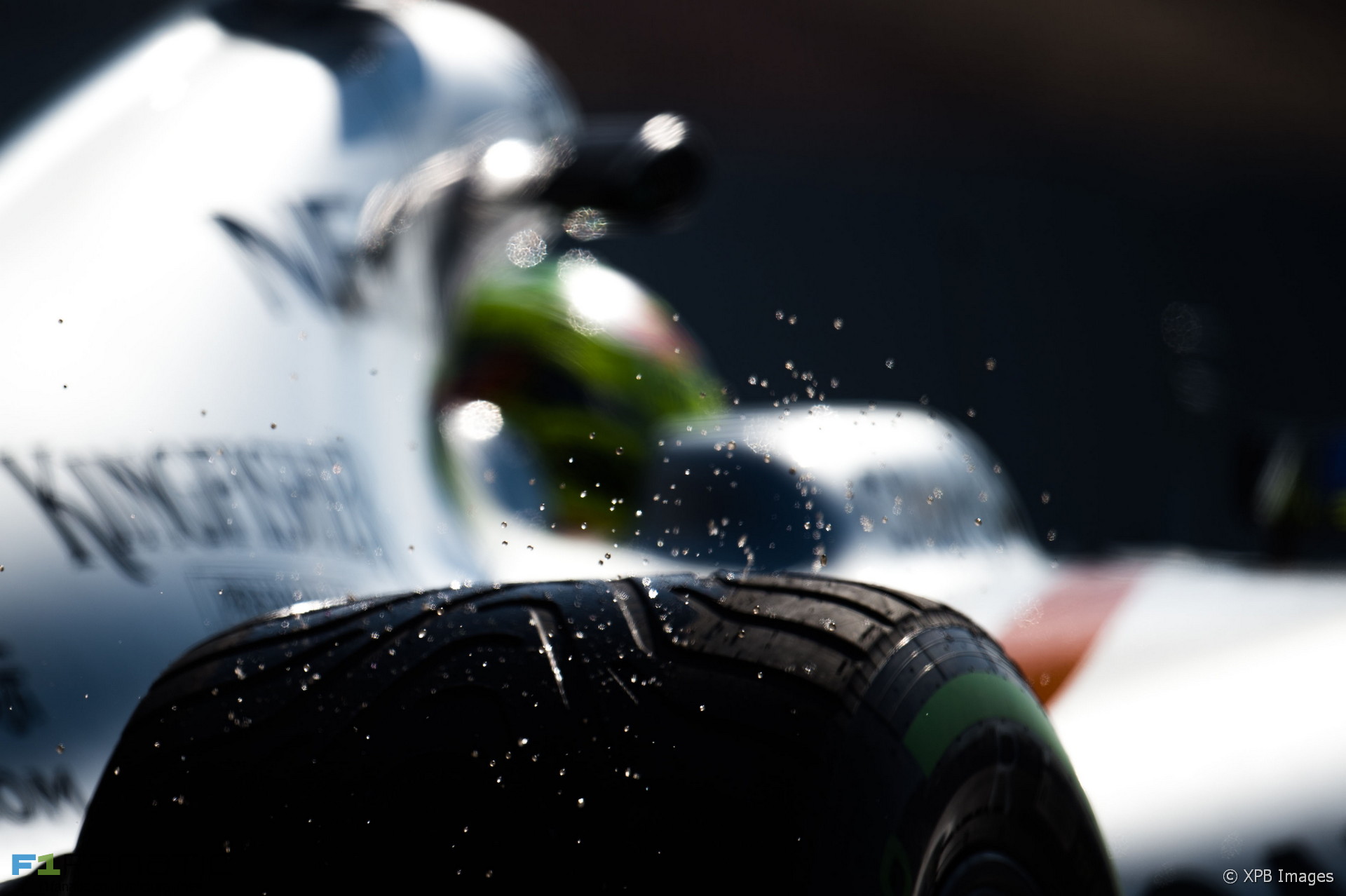 In the round-up: Pirelli plan to introduce new wet tyre compounds for the Chinese Grand Prix.

"Pirelli is hoping to evaluate revised wet Formula 1 tyre compounds in time for the Chinese Grand Prix after admitting that the ones tested at Barcelona were not ideal."

"I still think there is work to do. Changing teams is maybe a slightly bigger thing than I initially thought it would be. But it's not a hurdle that you can't go over."

Raikkonen: So far, so good (ESPN)

"This week so far has been good, but there is still another week to go and a lot of work to be done, but we cannot complain too much -- it's been a pretty okay start."

"It was the Monday after the Christmas Party where I said bye-bye to everyone at the factory - also to (Claire Williams) - and then she wrote me an SMS asking if I was ready to stop my retirement. I was pretty surprised about that!"

CEO Carey: More races in the US but no 'Americanisation' of Formula 1 (F1i)

The Formula One Group gets new offices in London (F1i)

"The Formula One Group will soon enjoy a new headquarter office in London, leaving its historic Prince's Gate building for a prime location on Lower Regent Street."

"President Ilham Aliyev has signed an order simplifying visa procedures for foreigners and stateless persons traveling to the Republic of Azerbaijan in connection with the 2017 Formula 1 Azerbaijan Grand Prix."

Now this is close racing. pic.twitter.com/vTl4Sa41wL

Shame not to drive but it's been a great few days. The guys have done an awesome job. Can't wait to be back in the car next week! (2/2)

That's it for the first test week, a lot learned and big improvements made on the car. I will be back for day 1-3 next week 😉! @F1 pic.twitter.com/bvVPr0P4Gg

First laps covered with good looking STR12 , first feelings are positive and we will be back for… https://t.co/LGxTlgRbFp

I personally think this should be banned from motorsports and F1. #hideandseek #thephotographersalwayswin #F1Testing pic.twitter.com/Ph8cczzCBf

I feel more optimistic about F1's future than I have for as long as I can ever remember, even if races may be processional for this season

2017 marks the first time that Formula 1 will have it's own marketing department. Yes, that's how 19th Century it has been so far…. https://t.co/kvQnievybk

Above all, I get the impression the new leadership priority is investment in growth, not playing puerile counter-productive political games https://t.co/OybC2g7qql

Should Formula One look to adjust its race weekend format? @shadow13 offers this view…

I don’t overly want a new race format but if we are going to get one I love the idea of having a non-championship test race for it. In the interests of making it not about testing and to alleviate cost concerns it would be good to do it in the off season using last seasons cars. Also it could be used to bring new drivers in, as having Hamilton, Alonso…etc is not exactly necessary to see whether a new format works. Maybe even do it at a non-F1 circuit – gauge interest for a potential F1 championship race there in the future. I quite like the idea of a kind of spectacle race in the off season even if it’s not about bringing in a new format. Kind of like in football or other sports where they have friendly games – often in foreign countries that would otherwise be unable to see those teams. Done right it could serve a multitude of purposes.
@shadow13

The new season got started in spectacular fashion 15 years ago today in Melbourne. Ralf Schumacher launched over the back of Rubens Barrichello’s Ferrari at the start, triggered a multi-car crash. Brother Michael Schumacher won the race ahead of a depleted field, while Mark Webber scored two points on his debut with Minardi.