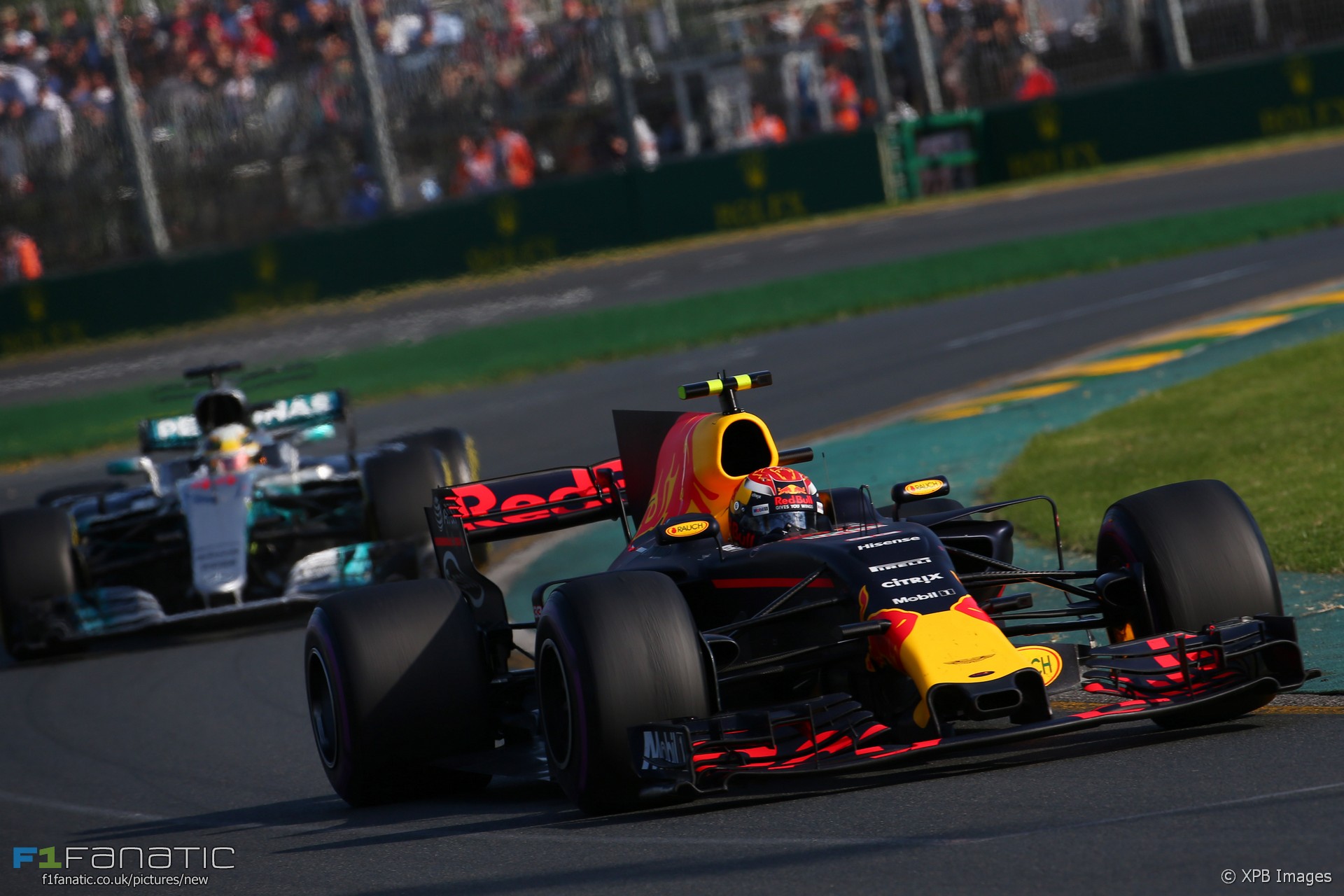 Lewis Hamilton says it wasn’t possible for him to execute a strategy which might have helped him win the Australian Grand Prix.

The Mercedes driver led the opening stages of the race but dropped behind the Red Bull of Max Verstappen when he pitted. That eventually allowed Sebastian Vettel to make a later pit stop and rejoin the race ahead of Hamilton.

But Hamilton said it wasn’t possible for him to delay his first pit stop long enough to come out ahead of Verstappen.

“No I think I executed the strategy that I had,” he said. “I only stopped a lap earlier than my target.”

“I couldn’t go any further, I basically used up all the money that I had in those tyres.”

He indicated the team will have to work on its race set-up to improve tyre performance in future races.

“And I think the set-up, there’s things we’re going to have to change for the next time to make it better.”

Hamilton said it was “great” to have “a race on our hands” with Ferrari in 2017. He had predicted they would be strong before the weekend began but this was interpreted by some as him playing down expectations.

“Well I don’t lie, and I’m not really good at bluffing or calling the bluff or playing poker,” he explained.

“I didn’t really know how quick they were going to be in the race. The pace they obviously showed in testing was true.”

“And today their speed, especially in that first stint on the ultra-soft tyres, was fantastic. To be honest my real strength wasn’t until right at the end of the race but it was far too late by then.”