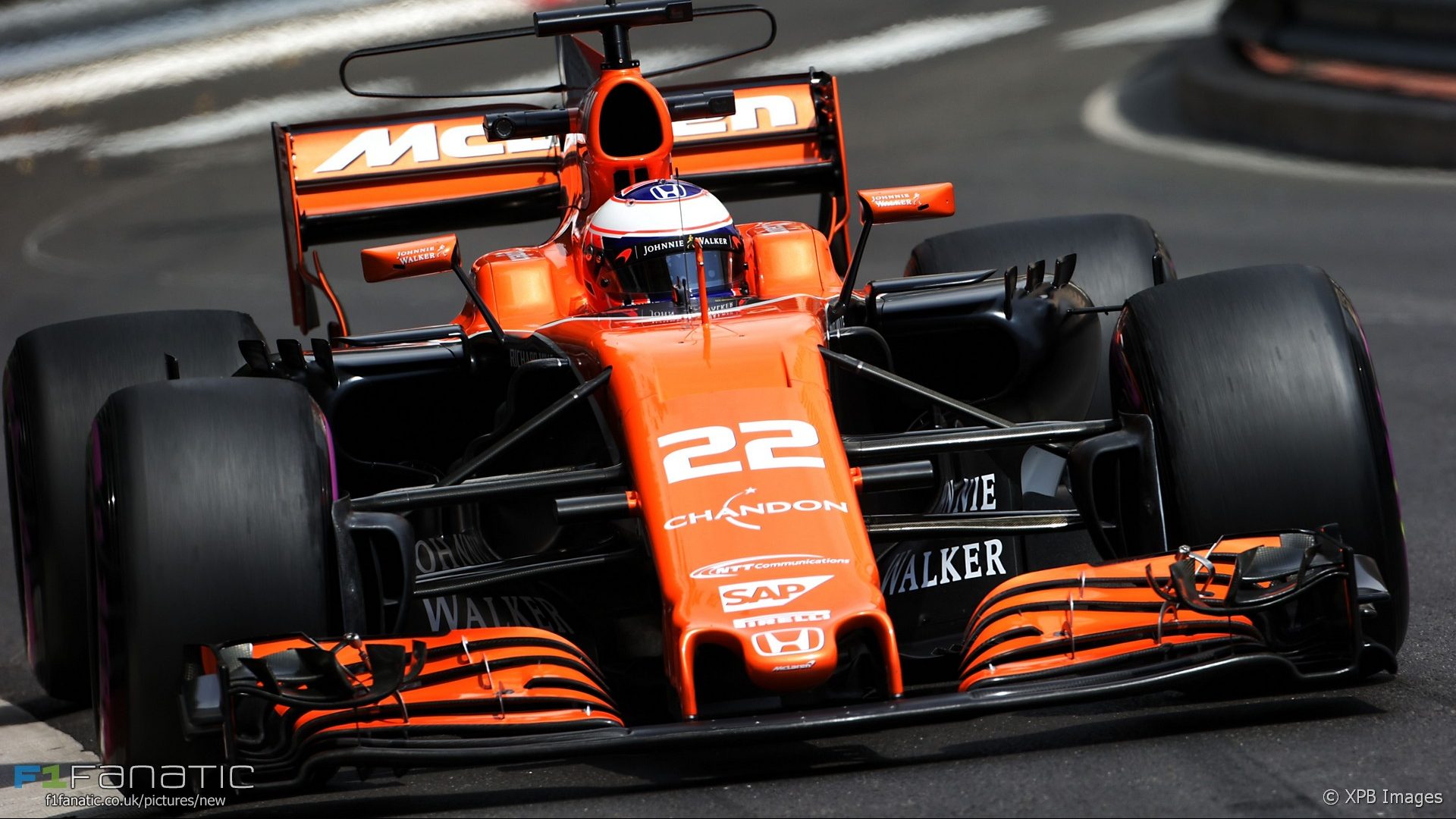 Jenson Button’s Monaco Grand Prix cameo has suffered a blow after McLaren were hit with 15-places worth of power unit component grid penalties.

The penalties will be especially frustrating for McLaren, who showed reasonable pace in final practice with Stoffel Vandoorne recording the tenth fastest time, just over a tenth ahead of Button in P12.

Vandoorne is also guaranteed a grid penalty of his own, following his race-ending collision with Felipe Massa’s Williams in Spain.