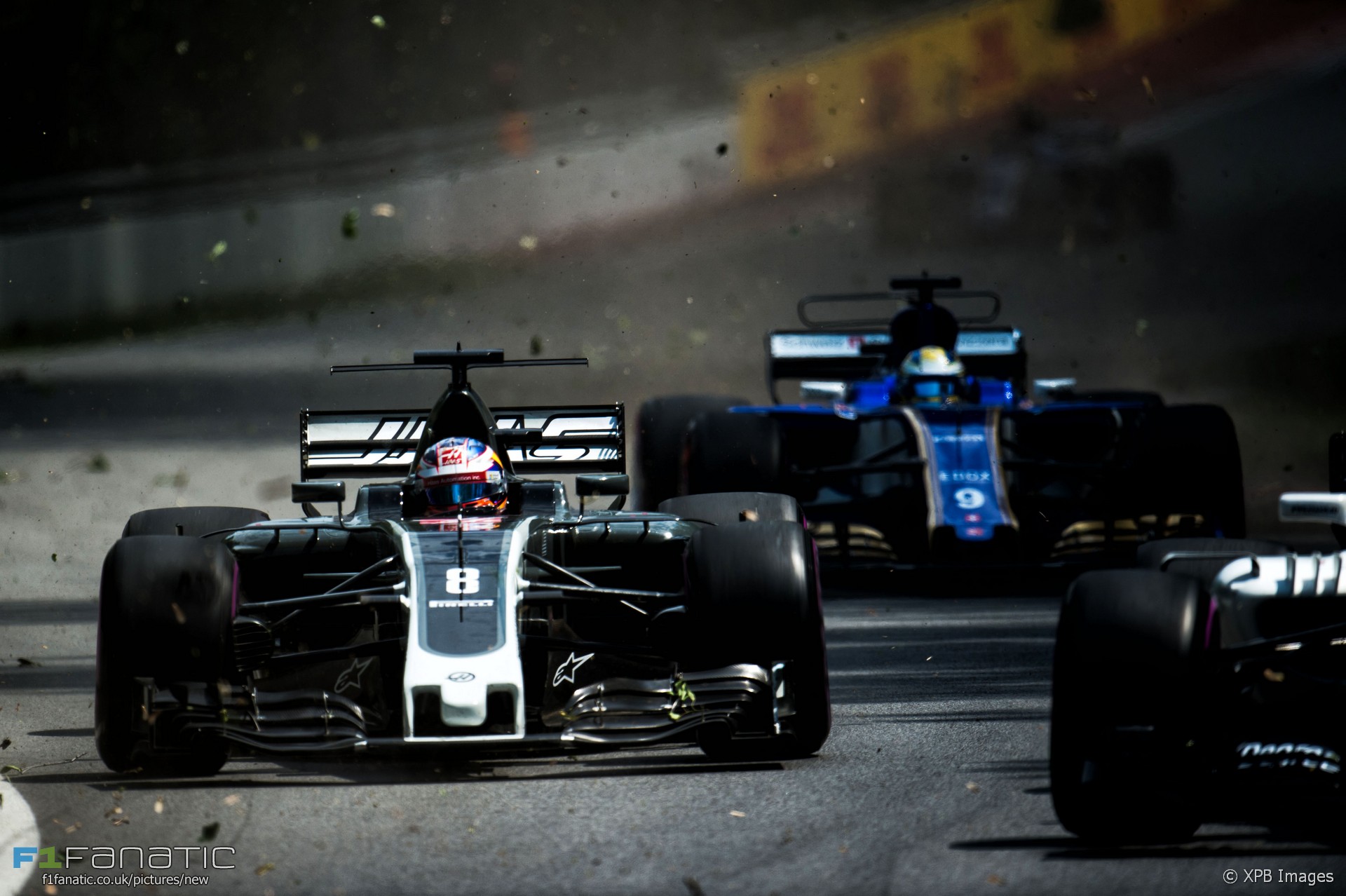 As expected, most drivers pitted just once each during the Canadian Grand Prix. The main exceptions were the Ferrari drivers, who made two stops each as they tried to regain ground following their earlier setbacks.

The Ferrari crew weren’t quite as quick as rivals Mercedes, but once again it was Williams who produced the fastest overall pit stop during the race, on the only occasion either of their cars came in.

Romain Grosjean’s strategy was a testament to the durability of Pirelli’s super-soft rubber. He got his mandatory pit stop out of the way on lap one and ran to the end without pitting again.