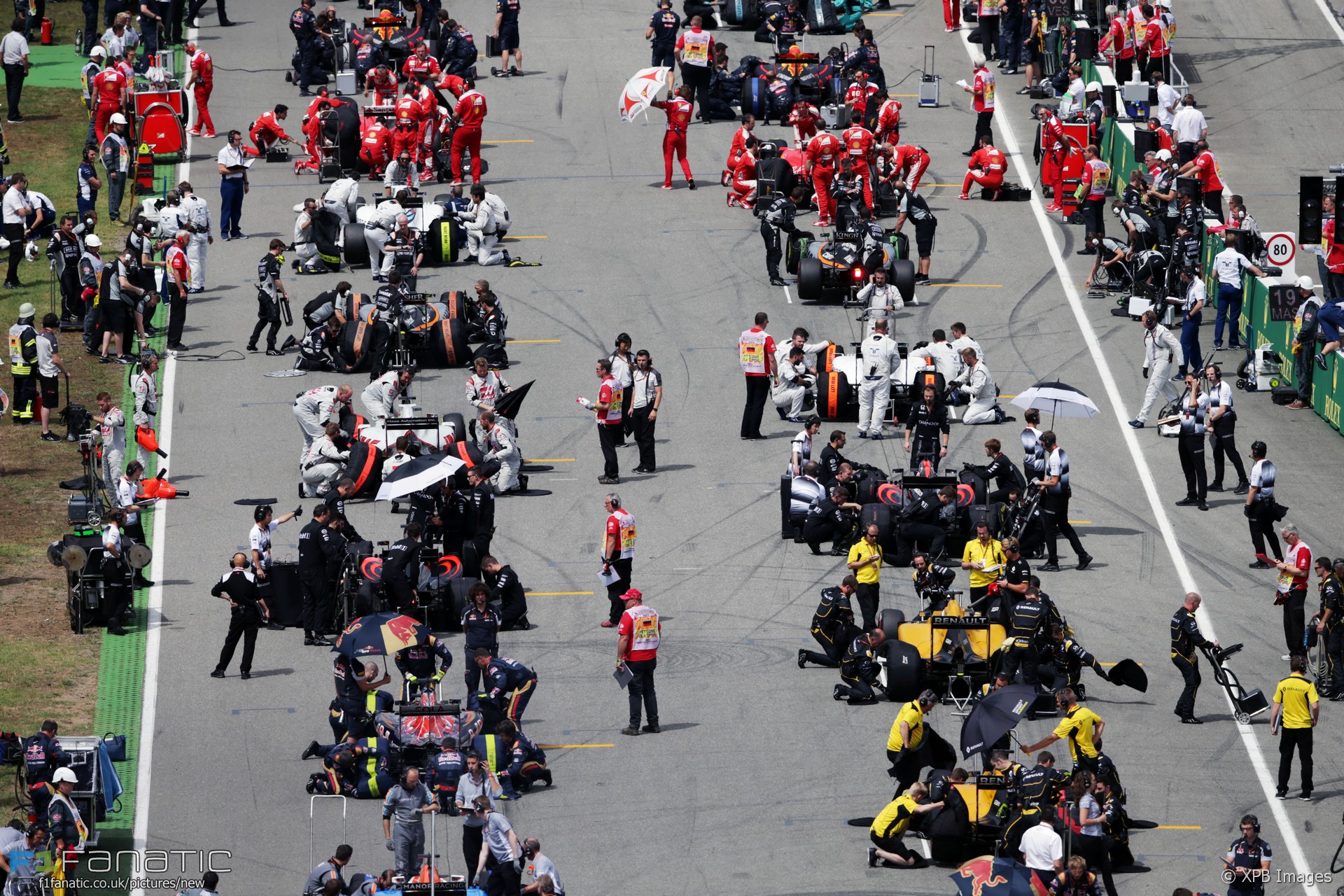 Jean Todt: "When we feel it is time we will be able to make a tender. At the moment we have 10 teams and the idea is to have up to 12 teams. So we have an opportunity, if we have one or two strong newcomers it could be possible."

"Intrigue about the possibility of an 11th team entering Formula 1 ramped up on Wednesday when a new name was registered in Britain and the FIA confirmed it had been sounded out about a slot on the grid."

"A little investigation reveals that a British registered company called Bronze Fortune Ltd, which has been in business since 2003, was renamed on May 20th as China F1 Racing Team Ltd. That is all that there really is at the moment."

"This sport has been under-served by a perpetual, short-term, deal of the day focus. One that has lacked a strategy, vision and longer-term plan, and a willingness to invest."

Sean Bratches: "That deal is an agreement that we inherited. They are done between adult parties at an arm’s length and my suspicion is that Sky is very happy and we are going to honour and respect the deals that were in place when we arrived."

"Next year's football World Cup is one reason organisers of the Russian grand prix pushed for a date change for 2018. This year, the Sochi round took place in April, but on next year's schedule the Russian GP will not happen until almost October."

Why F1 needs to change its approach to gaming (Motorsport.com)

"Where F1 has really been missing out though is in tapping into the booming eSports business, which is predicted to be a $2 billion industry by 2020 and one that attracts around 500 million viewers per year."

Interesting timing given Todt's comments regarding new teams, and news over at Sauber… perhaps a touch too early to start joining dots. https://t.co/Wa4Ns7OHk7

Always have wanted to add 'Team Principal' on my resume… #youguysstillgotmynumber

In an era of complex and busy helmet designs, @petebaldwin makes a good point on behalf of those of us who long for the days of more distinctive, minimalist designs…

If you took all the logos off, I think most people would be struggle to guess half the helmets right.

If I asked everyone on here without looking to draw Fisichella’s, Berger’s, Senna’s, Hill’s or Mansell’s helmet design, I reckon they’d be fairly close. If I asked them to draw Ricciardo’s, Hulk’s, Perez’s or Hamilton’s, I think we’d have a much bigger variance despite them being current drivers!
@petebaldwin